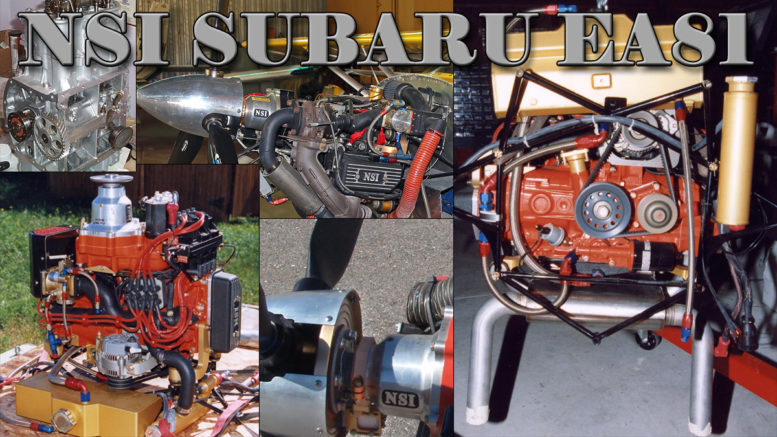 This is just one example of how tough an industry of auto engine conversions can be – yes, we all love our auto conversions – they can save a few dollars, and end up costing more than what you expected. This is an old article, but sheds light on what can (not necessarily what will) happen when dealing with individuals in this cut throat industry.

A personal thought, it is sad how things get taken out of context and offered as factual informa­tion. Some unknowing soul reads the disinformation, makes an important decision based upon it, and later finds out the information was wrong and regrets his decision, not to mention the money and time spent on his dream machine.”

How many of them become so disenchanted with Sport Aviation that they leave, never to return? Sport. Aviation, as a group can not afford to lose a single enthusiast. Accurate information is good for everyone, disinformation and personal agenda rumors hurt everyone.”

This is the first time I have addressed this matter in public and I look forward to other builders/business owners comments on this subject.”

The rumors regarding NSI and Lance Wheeler run the gamut from propeller failures, failure to deliver engines or propellers as contracted, misleading advertising about the availability of products, to the truthfulness of Mr. Wheeler in his dealings with customers.

There is even one rumor about a Canadian customer who brought two large muscular friends to the NSI facilities in order to convince Lance Wheeler/NSI to honor his contract. Unsubstantiated rumors can wrongfully damage the reputation of any company and are a disservice to everyone concerned.

In an attempt to help fellow builders make up their own minds about the validity of rumors about NSI, I share with you my experiences and the experiences of another member of EAA Chapter 14, in doing business with NSI.

In April 1997 I called Mr. Wheeler at NSI. He captured my interest with a glowing 30 minute sales pitch and the news that he had developed a new 200-HP Subaru. Another Glass Goose builder, Bert Mawhinney, and I decided to fly up to the NSI facility on May 1, 1997, for a first-hand look at NSI facilities.

The evening before our trip to NSI, I spoke with Gail Hess, President of EAA Chapter 14 in San Diego. He had ordered a CAP 160 propeller and electronic digital read out instrument from NSI on January 7, 1997. He provided his credit card for full payment and an amount, greater than the amount noted on the original order, was debited to his credit card.

Gail Hess authorized full payment, since Mr. Wheeler had stated that he had two units, meeting Gail’s specifications, on hand that could be shipped as soon as full payment was received. According to Gail, he received a propeller 31 days after he placed his order.

Gail asked if I would inquire about his digital readout while I was at NSI. Upon our arrival, Mr. Wheeler gave us a tour of NSI showing us their computer-operated milling machines. He told us about contracts NSI had with companies such as Stoddard-Hamilton, Boeing Aircraft, and other kit suppliers for fabrication of parts.

When questioned about the financial stability of NSI, he assured us that the only debt NSI carried was $150,000 on one of its computer milling machines. He stated the debt would be paid off in six months.

Mr. Wheeler gave us a tour of the engine assembly room and showed us what he described as all the components for a new 190/200HP Turbo Subaru EJ25 being assembled for delivery.

He stated that they would be delivering four of them a month within eight weeks. We toured the propeller assembly room, where he showed us what he called the propeller hub components for the new high horsepower CAP 200 propeller. Mr. Wheeler informed us that the propeller would have new blades designed by Tom Hamilton.

Blade testing, he said, should be concluded within 120 days. I asked him about rumors that he had problems in meeting deliveries on his EJ22 engines, especially the 170/180HP versions. Mr. Wheeler told us that this was true in the past but assured us that they had reorganized and this was no longer the case.

He stated that the last of the backlogged engine orders would be delivered to customers within 90 days. I also inquired about Gail’s digital read­ out instrument. Mr. Wheeler stated that Gail was in error and that NSI never charged a customer’s credit card until the product was actually shipped.

I informed him that I would like order an engine and propeller but I also said if he couldn’t assure delivery within 180 days, please do not take my order. His response was that he guaranteed delivery in 90 days.

Based on our visit and assurances by Mr. Wheeler, I placed an order for an EJ25 TBI engine and a CAP 200 propeller along with a digital readout and a control grip that same day. Delivery was to — be November 1997. 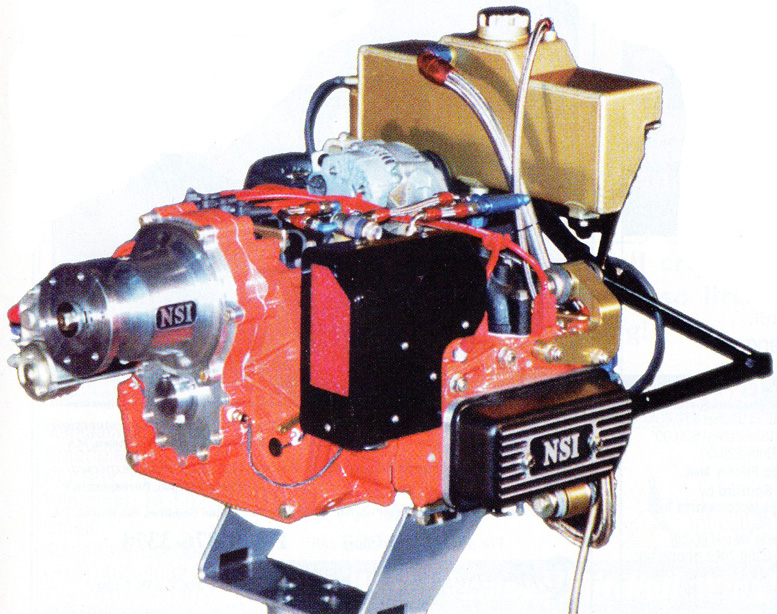 In order to modify my aircraft for a Subaru installation, the contract called for NSI to ship me a loaner engine module and engine mount for modeling purposes by July 2, 1997.

In June 1997, I had another conversation with Gail Hess that left me somewhat concerned. He informed me that he had finally received the proper blades for his propeller. He also received a digital readout instrument, which was for a different model propeller (a CAP 140); Wheeler had assured him that the unit would work on his propeller.

Gail was notified at that time, by another employee at NSI, that the digital pitch unit was not intended to work with the CAP 160, which Gail had ordered, and that additional machining would have to be done to the rear half of the hub in order to receive the Digital Pitch electronic board.

Gail Hess said that this new revelation, coupled with the fact that he had received the manual for a CAP 140 instead of the CAP 160, raised the prospect of considerable, additional cost and delay if ever a workable propeller was to be achieved.

Near the end of June, I contacted NSI by phone to discuss the shipment of the loaner engine. I was informed that Mr. Wheeler was not available. I asked to speak to someone else who could assist me. I was informed I would have to talk to Mr. Wheeler and that he was the only person at NSI who had any authority or knowledge about engine and propeller orders.

I requested that Mr. Wheeler contact me. It required several more calls during the next week (each time requesting a return call) to finally make contact with Mr. Wheeler on June 30, 1997. He informed me that he would be unable to ship the modeling engine to me as promised because he could not get the milling department to work on the mounts for the engine.

He assured me that he would ship it without fail by August 2, and would contact me without fail on July 15 to confirm the shipping arrangements.

Are the rumors about NSI and Lance Wheeler true or are they undeserved? I can’t say.

All I know are the facts pertaining to myself and the information provided by Gail Hess:

I did not hear from Wheeler as promised. I again attempted contact by phone on July 21, 22 and 23. Each day I was told Mr. Wheeler was unavailable. Each day I requested a return call. On July 23, after insisting that someone in the NSI management be put on the phone, I was finally connected to a Mr. Brent Barker.

I called NSI at 10:30 a.m. on the 25 and was informed that Mr. Wheeler and Mr. Barker were unavailable, as they were in a meeting. I was assured they would be informed of my call. I left a request that Mr. Wheeler return my call ASAP.

After waiting until 2:45 p.m. for a call, I sent Mr. Wheeler a faxed message informing him I was waiting for his call and that I would continue to do so until 4:30 p.m. When I received no response from Wheeler (as usual), I sent him a fax canceling my order due to non performance and requested a refund of my $4205.27 deposit.

Getting no response from NSI or Wheeler, on July 30, I sent another fax requesting confirmation of my cancellation and information about when I could expect my deposit. I waited until September 11, 1997, but did not receive any response. I flew up to Arlington for a face-to-face with Wheeler (sort of Canadian-style negotiations).

During our meeting Wheeler informed me that he didn’t have enough cash flow to be able to refund my deposit. This was quite a change from the financial picture he had painted to get my original order. I was given two options: Leave the deposit and wait for an engine or modify our contract for purchase of the propeller only.

As he had done on May 1, 1997, he looked me right in the eye and without blinking, guaranteed delivery NLT March 31, 1998 or he would give a full refund within 30 days of my demand for a refund. Not wanting to wage a court case at this point, I agreed to the purchase of the propeller only, including the refund provision.

Wheeler stated he would keep me informed of the progress on my propeller. I did receive a $400 refund check as the propeller was $400 less than my original deposit, but I had spent
more than this to make the trip to NSI. On March 5, 1998, I had not received any communication from NSI or Wheeler since my September visit. 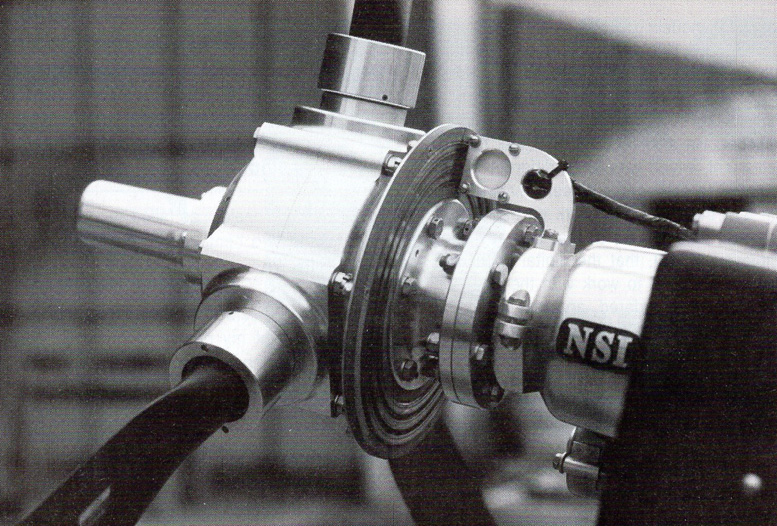 I called NSI and was fortunate in that Wheeler answered the phone. He informed me that again he was unable to deliver and stated that he would return my deposit. He assured me the check would be mailed within three days. The following day I sent Wheeler a fax confirming our conversation.

After waiting for ten days and no check, I discussed the situation with Dave Martin, Editor of Kitplanes. (Dave is my partner in a sailboat.) He contacted NSI and Wheeler confirmed that according to our contract, I was due a refund NLT March 31,1998.

On April 7, 1998, a telephone conversation with Gail Hess brought him up to date on my problems with NSI and Wheeler. Gail informed me that he had not actually flown his NSI propeller due to the lack of information about the November 1997 propeller failure in Canada and that when he disassembled his propeller he found that the Hex Drive Stud on two blades had come unscrewed.

He returned it to Wheeler in January of 1998, at Wheeler’s request. The modification was to be an overnight turnaround. Gail never received his propeller. According to Gail, after several unsuccessful attempts to contact Wheeler he finally reached him on March 20, 1998, and Wheeler offered several options from refund to exchange for a new CAP 200 propeller that he then claimed would be available in July.

Wheeler was to confirm these options by letter but he never did so. Gail then forwarded a registered letter to Wheeler on March 30, 1998, informing Wheeler what action he desired of NSI in accordance to their discussion on March 20. Gail states he has received no response and they still have his propeller.

I agree with Lance Wheeler when he says “Accurate informa­tion is good for everyone”. 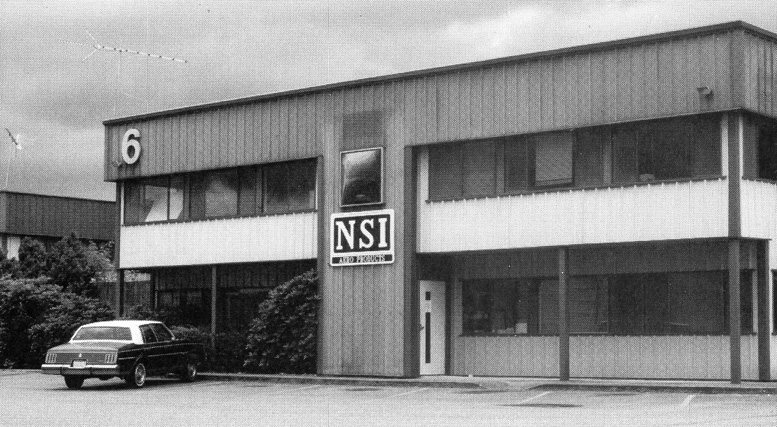