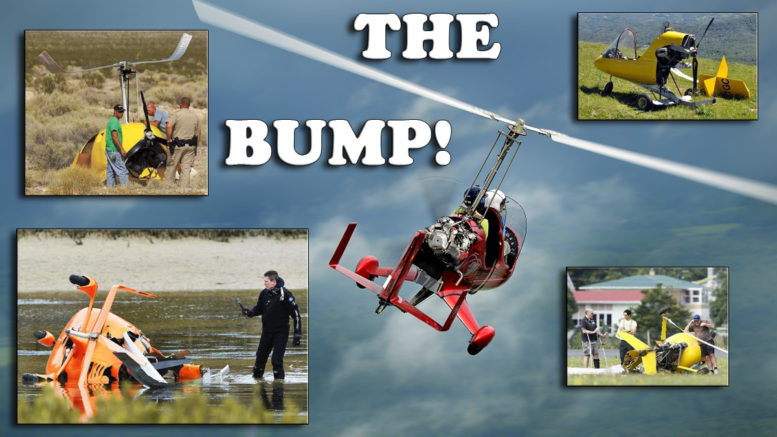 One of the most common mishaps to befall new autogyro pilots (and the occasional old one), is ‘blade flap’ during taxi or the take-off roll. If not recognized and reacted to immediately, a rotor blade may strike the tail, or worse, the ground, potentially leading to a tip-over.

Such an event with rotors and prop turning is inevitably catastrophic for the aircraft, albeit that the pilot (strapped into the center of the mayhem) will likely walk away with a few bruises – the worst to his pride.

Blade flap (or rotor bump, mast bump, etc.) is entirely avoidable if rotor speed and ‘airspeed’ during taxi and take-off are managed within the margins applying to the particular aircraft. But, it still catches a lot of people out. A clever new device developed by SparxFly Avionics aims to help reduce this toll.

On an autogyro with a semi-rigid, two-bladed teetering rotor system, blade flap may develop if too much airflow passes through the rotor system in respect of its (low) rpm at the time. This could be the result of taxiing too fast for a given rotor speed, or could also arise from poor pre-rotation procedures in gusty conditions.

The ‘flapping’ occurs when unequal lift acting on the advancing and retreating blades causes the blades to teeter to the maximum allowed by the rotor head design. The blades then hit the teeter stops, creating a thump that will usually be felt in the cyclic control, as the teeter stops are hit twice per revolution. 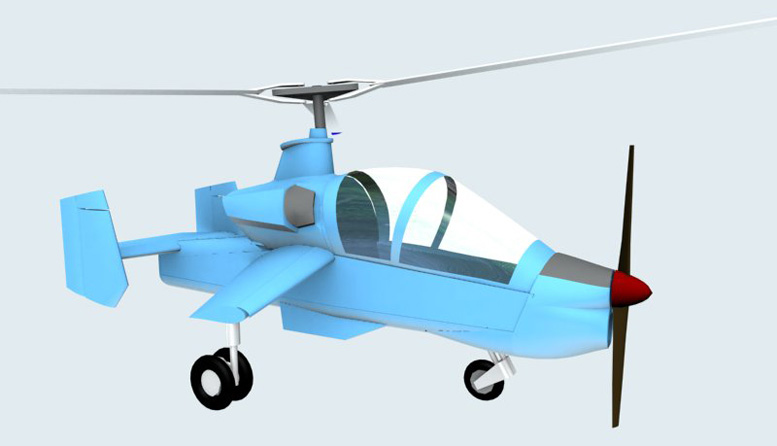 If the flapping is not controlled by immediately reducing airflow through the rotor system, the situation can quickly grow worse. Because the system is operating at low rpm, there is not enough centrifugal force acting on the blades to keep them rigid, so they flex and bend.

The shock of hitting the teeter stops combined with uneven lift along the length of the blade causes an undulation to begin, which can become severe enough for a blade to impact the aircraft’s tail, propeller, or the ground. Avoiding blade flap isn’t a subject that can be adequately instructed here.

Suffice to say it involves managing the angle of the rotor disc (with cyclic position) according to rotor rpm and airspeed whilst the disc is accelerated to flying speed (usually) first with a pre-rotator, and then during the ground roll as groundspeed begins to drive more air through the disc, until it turns fast enough to generate lift and fly.

What usually goes wrong for pilots who encounter blade flap and destroy their aircraft, is they don’t notice (for whatever reason) that their rotor blades aren’t accelerating in tune with their ground roll.

Worse, the blades might be decelerating and thus rapidly approaching the onset of catastrophic blade flap. The simplest remedy is to then stop, and start again. But first you have to have realized there is a problem.

Most autogyros have a common rotor rpm danger zone where (due to lower centrifugal force), flapping may more easily occur, particularly if the disc is decelerating.

The GyroBump monitor is an aid to the pilot to help avoid rotor bump during taxi, pre-rotating and take-off. It monitors rotor rpm and acceleration/deceleration via a gear-tooth sensor from the pre-rotator ring gear, and indicates the status via a large LED normally mounted in line of sight during take-off.

If the rotor rpm is below the minimum safe rpm (to avoid flap) and accelerating (normal pre-rotation and take-off) the indicator flashes green. Once up to safe rpm it indicates steady green. But if below a set rpm and decelerating (toward the danger zone) it flashes red, indicating impending rotor flap/bump. 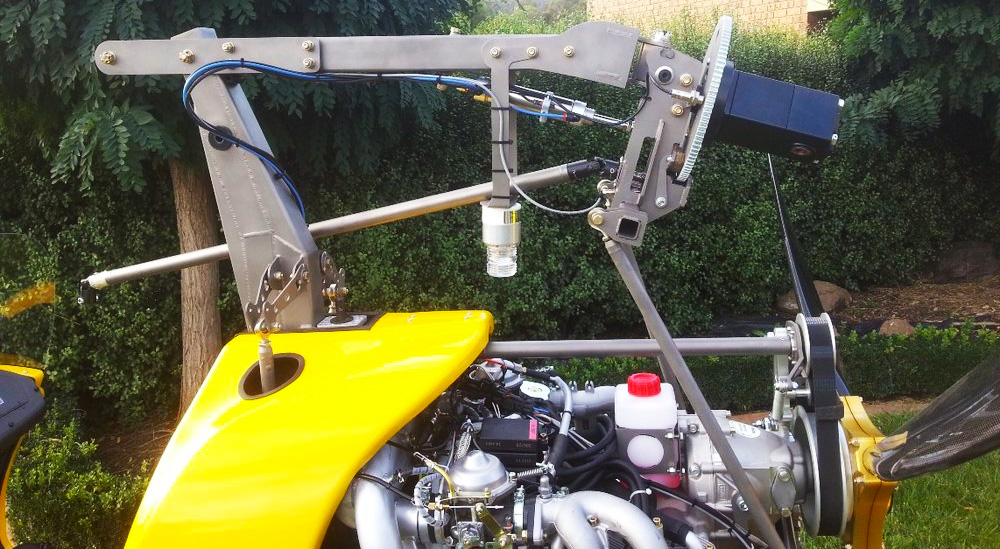 The aim for the device is to provide something simple and practical that gives (particularly new) pilots advance warning without demanding focused attention during the critical take-off phase when much is happening.The GyroBump is normally programmed for 250 rpm with a 100 tooth ring gear.

Other configurations can be programmed at time of ordering. Note that GyroBump uses the same sender as an MGL Avionics rotor tachometer. Gyro owners looking to add a rotor tachometer to their aircraft can thus benefit from integrating the two devices.

Autogyros are fast moving from fringe to mainstream aviation. Try one and be surprised.

NEW AUTOGYROS continue to arrive on the register every few months as more people discover the fun behind what is almost a well kept secret of recreational aviation. Although these aircraft have enjoyed something of a rise in popularity in recent years, their sight is still rare enough to attract plenty of attention. Owners of two-seat gyros are regularly asked to provide introductory flights and passengers inevitably walk away with a big grin.

Moving on from history

Why then, aren’t there more around? The gyro movement suffers to some degree from a history of misunderstanding among other aviation disciplines. Unfortunately, misconceptions abound regarding their operation and safe flight envelope.

While some of these may have been justified in the past due to poor aircraft designs, suspicious home construction and risky pilots, the misconceptions are in no way valid in today’s era of well designed factory built machines and professional training.

Gyros are actually still banned from Ardmore Airfield (along with hot air balloons, parachutes and gliders), even though gyros operate on a daily basis without any issues at other airports as busy as Tauranga, Nelson, Fielding, and many more.

Autogyros are highly manoeuvrable aircraft and flying one is often likened to riding a motorcycle in the sky. Gyros are also very resilient to turbulence and can be a great deal of fun to fly in conditions which would ground other microlight aircraft.

By definition, the autogyro is a very safe aircraft. They cannot stall and can be flown through a wide performance envelope from zero airspeed all the way to 120mph plus. At zero airspeed, a gyro will simply enter a vertical descent which can be fully controlled, though some airspeed will need to be re-acquired before flaring for a landing.

Most gyros will maintain straight and level flight at an airspeed of between 15 and 25kts giving the opportunity to entertain oneself by “hovering” whenever there is sufficient wind available.

Safety also comes from simplicity. Gyro’s have nowhere near the complexity of helicopter control systems. Most gyros use a semi-rigid two blade rotor system without individual flapping or lead-lag hinges. Neither is there a requirement for a swash plate, pitch links, or feathering hinges.

Because gyros fly continuously in autorotation, there is no special pilot reaction required in the event of an engine failure other than the maintenance of airspeed and selection of a place to land. Even this task is made easier due to the gyro’s ability to flare to a spot landing with little or no ground roll. 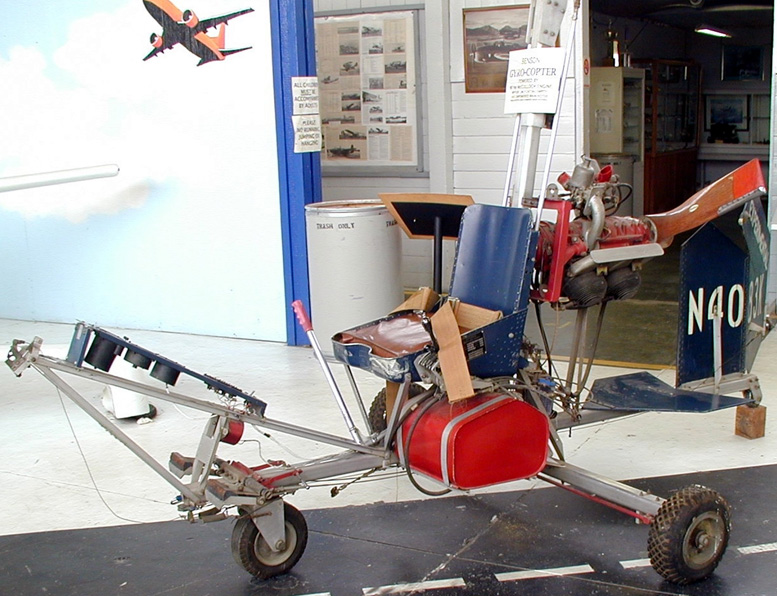 Autogyro flight control is straight forward and relatively easy to master. Most modern gyros are designed to be dynamically stable, though unfortunately this has not always been the case and novice pilots do need to understand the stability characteristics of their machine if they are to avoid handling problems, both airborne and on the ground.

With dynamically stable designs, gyros may seem deceptively easy to fly, however there are some fundamental differences in pilot reactions required compared to other aircraft. Proper training is a must, even more-so for pilots having experience on other aircraft.

Although gyro pilots and aircraft are dotted around the country, training and intro flights are currently only available at Tauranga and Nelson. This situation will hopefully change over coming years as more people discover the fun and safety that can be had from these aircraft.

A modern two seat gyro is actually perhaps the perfect aircraft for a Club to purchase and make available for its members to take either for a quick buzz around the patch, or on a cross country expedition. Clubs are about creating and sharing the fun of flying – and there is a lot of fun to be had in gyro flying. 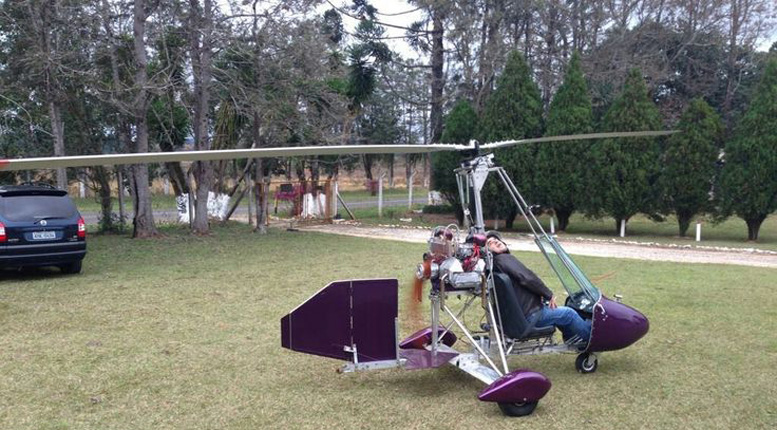 The NZ Autogyro Association encourages existing Instructors to consider obtaining a gyro rating and helping to both spread the word and increase the availability of instruction around the country.

With new factory built machines available to order on a turn-key basis, the scope is there to compare a gyro favourably with any other ready-to-fly microlight. Syndicate ownership is just as practical for gyros as it is for other aircraft.

For many years, gyros were the domain of solo patch flyers and used simply for the pleasure of “going for a fly” – there’s not much better than looking down at the ground between your feet in an open frame gyro on a warm summer’s day.

Since the advent of the RAF, Dominator, Magni, Eagle and Xenon designs, gyros have become practical cross country aircraft and flights up and down New Zealand are now being made with some regularity.

In countries such as Australia and South Africa, gyros are regularly put into commercial work such as mustering and spraying, roles for which their simplicity, manoeuvrability and low operating cost makes them ideally suited.

Contact any of the advertisers on this page. Note also the NZ Autogyro Association annual fly-in is to be held at Dannevirke starting 24th January. Many enthusiasts are expected to attend and there will be aircraft available for introductory flights throughout the weekend. 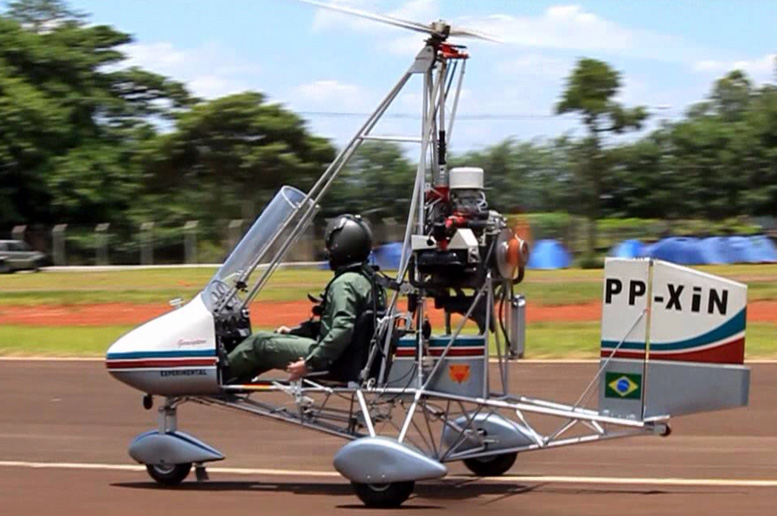 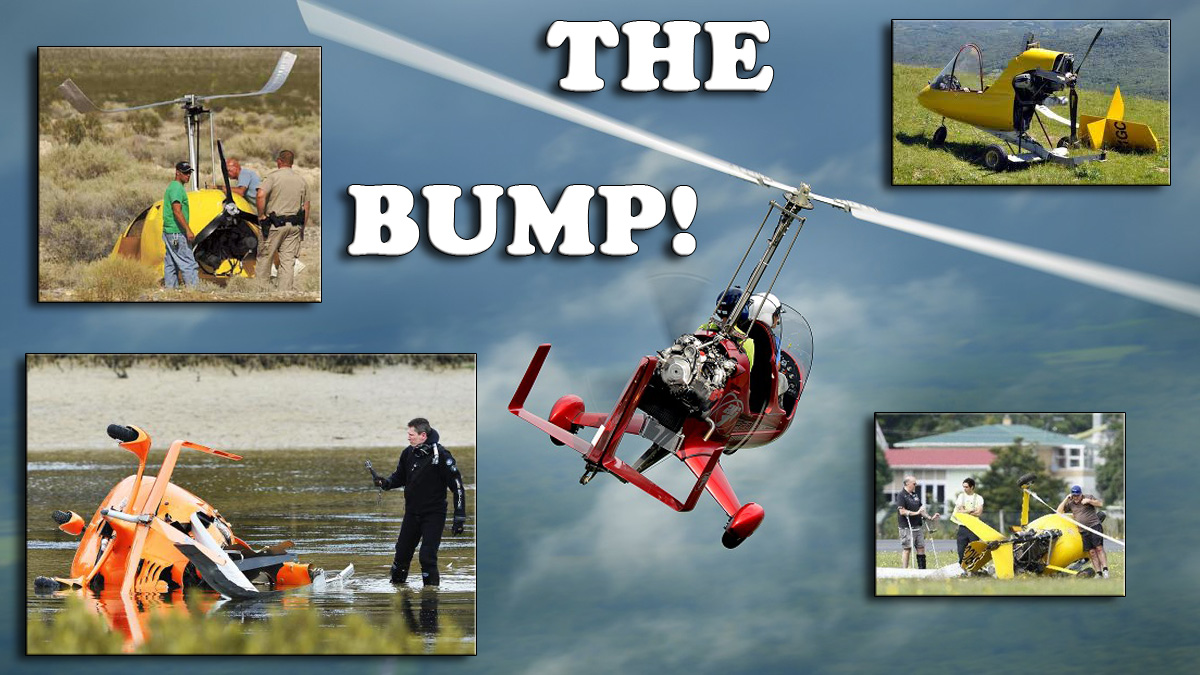