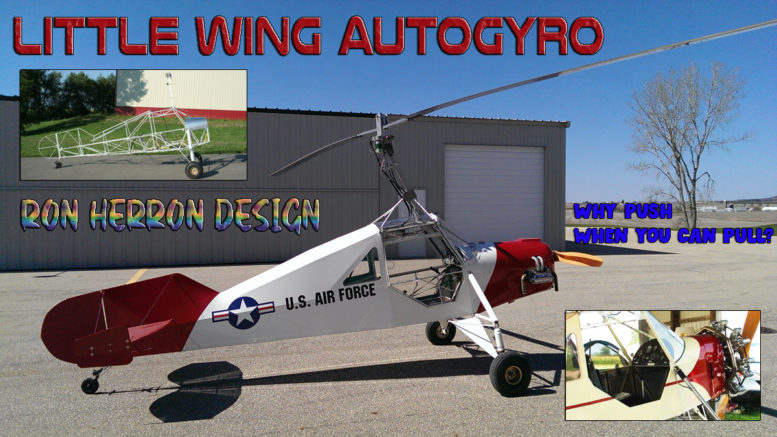 The Little Wing gyroplane relies on a rotor

Who would want to return to the days of flying aircraft without wings? Ron Herron. He harkened back to the 1920-1930s’ gyroplane days. He was especially partial to tractor-engine-configured Cierva and Pitcairn gyro­ planes—so much so that he designed his own: the Little Wing. Herron built a Bensen Gyrocopter and flew it for 20 years. 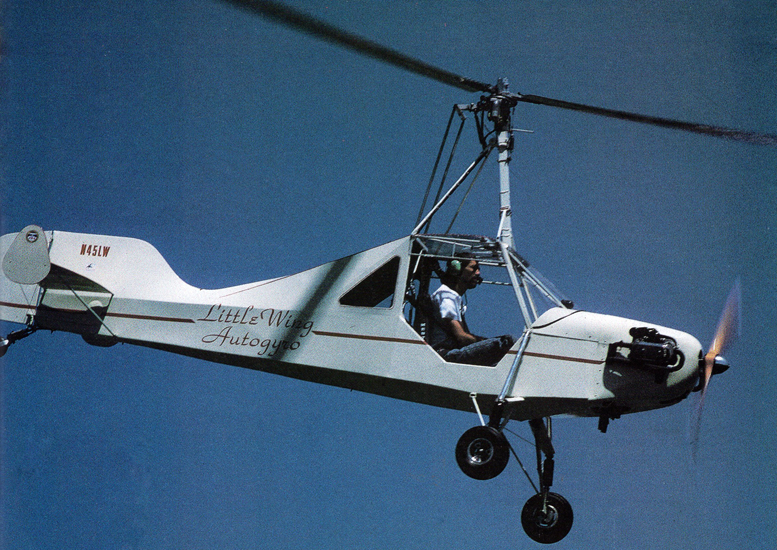 Together, they fabricat­ed three Little Wing prototype gyros. The LW-1 was built around a Piper PA-11 Cub fuselage, starting in 1989, but other work delayed its completion. The first flight was in fall 1994.

“It was only a proof-of-concept aircraft to check rotorhead lateral movement and use of an elevator for pitch control and a 100-hp Continental 0-200 engine.” Herron said. “I only flew it for a couple of hours, but it led to further research.”

The LW-2 was built and flown in a two-month period. It first flew in April 1995. It was a Part 103 legal ultralight and was initially called Rotor Pup because the welded chromoly airframe, although built from scratch, partially dupli­cated that of Bob Count’s single-seat, fixed-wing Preceptor Ultra Pup. The LW-2 also has airplane-type tail feath­ers (rudder and elevator) and was powered by a 90-hp McCulloch 0-100 former drone engine.

It logged 46 hours, but the McCulloch engine was recently replaced by a 70-hp AMW 540L engine with electric start, dual ignition and tuned mufflers for less noise. A switch from a two-blade propeller to a 68-inch, three-blade Warp Drive propeller was also made.

The LW-3 (Herron’s latest prototype) made its first flight in September 1996. It had 46 hours logged by the end of Oshkosh ’97. It incorpo­rated numerous changes from the prior model. First, power is a 70-hp Total Engine Concepts (TEC), dual-ignition, 2180-cc VW conversion turning a 62×28-inch Culver wood propeller.

The rotor pylon is redesigned and simplified. The earlier, four-tubular-leg chromoly pylon was replaced by a 2×2-inch aluminum main rotor mast with triangular tubular aluminum bracing. The pylon’s position is also adjustable for varying c.g. situations. 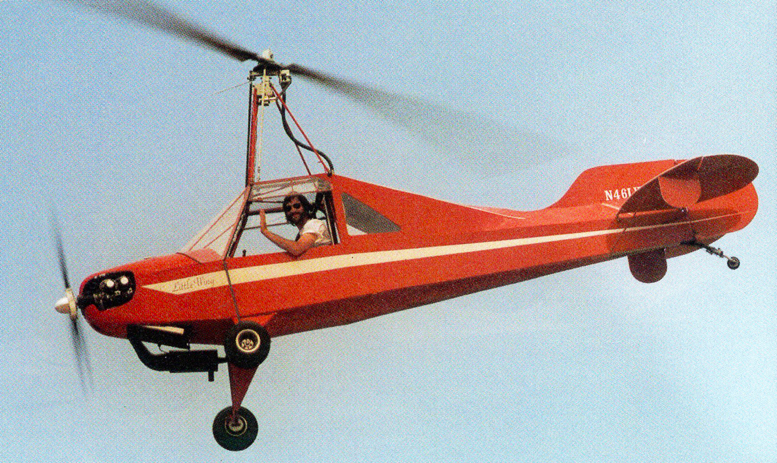 Here’s the LW-2, which uses lateral cyclic for bank control and an elevator for pitch. That’s unusual in a modern gyroplane.

The LW-2 cruises at 60 mph with the McCulloch engine. Fuel burn is 3.5 gph, and the range is 140-150 miles—2 hours with reserves. The approach is flown at 40 mph. On landing, the aircraft is flared and comes to a dead stop in about 10 feet.

The LW-3 has a universally tilting rotorhead and a Bensen teeter-type rotor—the same on all Little Wings. But the elevator and stabilizer of the LW-2 were replaced by a fixed horizontal stabilizer with tip plates.

Improving Points “In the LW-2, lateral tilting of the rotorhead provided roll control, and the elevator handled pitch control, but some were skeptical of the elevator being ade­quate at slow speeds,” Herron said. 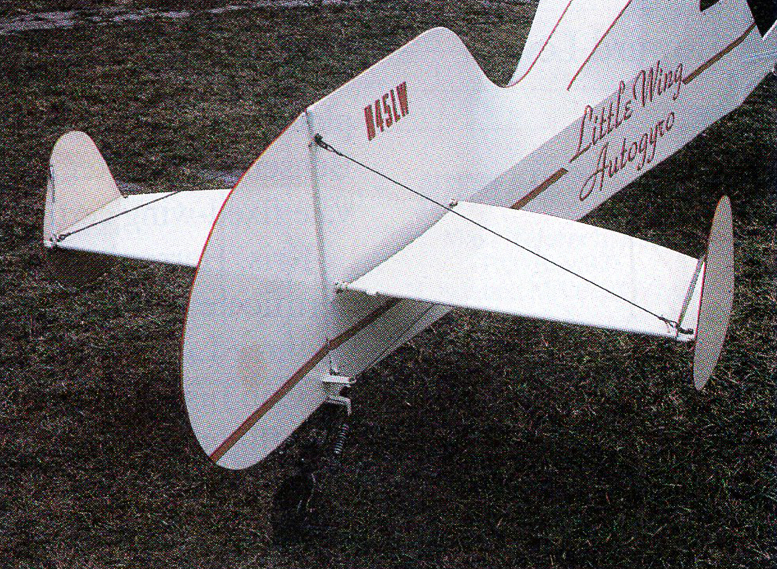 Quick! What’s missing? There’s no elevator on the LW-3, which controls both roll and pitch with the rotor disc.

Pitch stability, though good in both the LW-2 and LW-3, isn’t as rock-solid in the LW-3 as with the 10-square-foot elevator control of the LW-2. The LW-3’s directional stability seems better, he says, and the fully tilting head provides for more comfortable flight. The electric prerota­tor on the LW-3 will soon be changed to a hydraulic system.

The LW-3 also has a beefed-up air­ frame with gussets added in high-load sections. The belly is rounded to locate the control system under the floor. The 24-inch-wide cockpit is configured like a fixed-wing aircraft.

Herron used a control-stick lock, along with centering springs on the control system, to neu­tralize stick position at lower speeds on the ground. Bensen blades were originally used on the LW-3, but it is now equipped with Ernie Boyette’s 23-foot-diameter, 7-inch-chord Dragon Wing aluminum blades. Nine gallons of fuel fit in a Ken Brock seat tank. 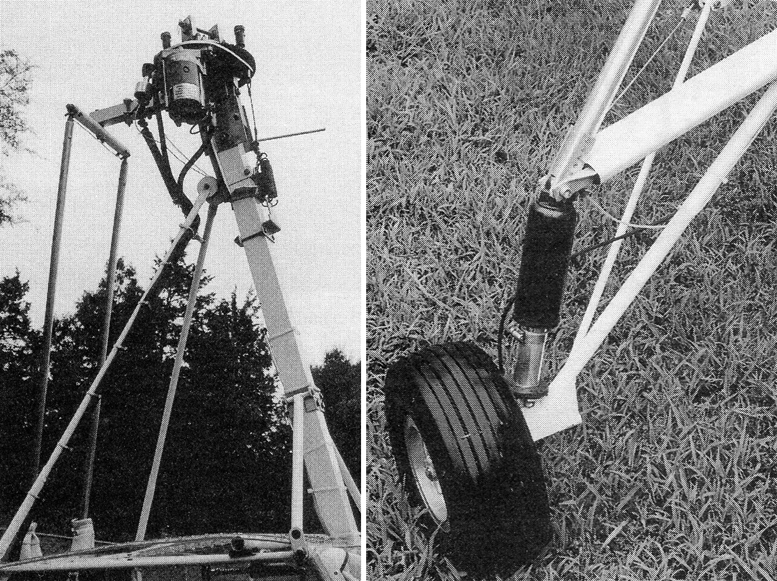 LEFT: The LW-3’s rotor tower includes electric prerotation, which will be replaced by hydraulic prerotator power in the production kit.
RIGHT: LW-3’s maingear is prepared to absorb heavy-handed touchdowns if necessary.

The steerable tailwheel system is a 1930s Heath, using a solid 6×2.25 tire. “I make a habit of collecting oddball items because I never know when they will come in handy.. .like the tailwheel,” Her­ron said.

A two-seat trainer is under construction and is scheduled for a spring 1998 first flight. To accommodate tandem seating, its fuselage is 2 inches wider and a bit longer. Meanwhile, Herron has sold 16 sets of drawings of the single-seater to U.S. and foreign customers, including two each in New Zealand, Aus­tralia and France, and five in Canada.

Plans are $175. A welded fuselage is available for $2500, as well as some other components. Herron is working on supplying kits. He also reports he has had inquiries about becoming dealers. 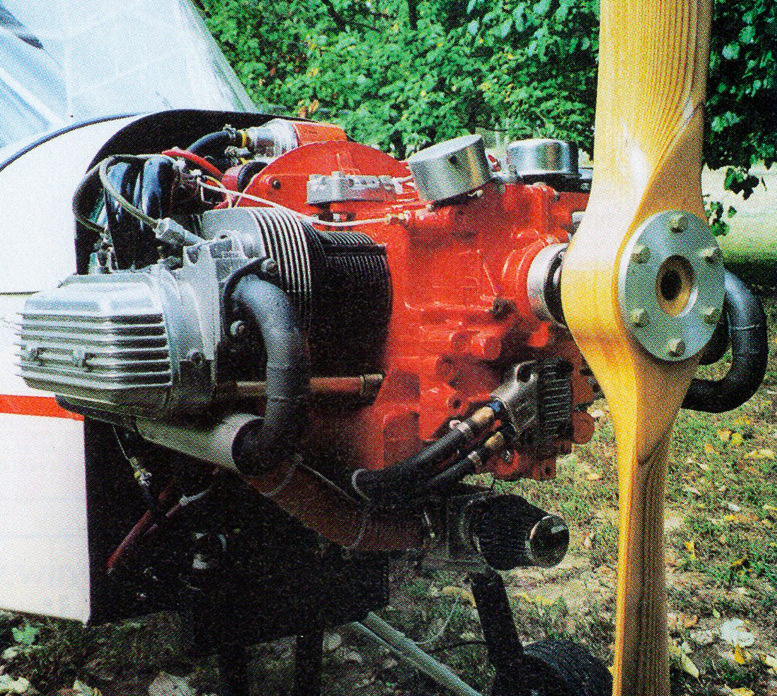 The LW-3 is motivated by a 70-hp TEC VW-derived engine.

Before Oshkosh Herron attended the annual Popular Rotorcraft Assocation gathering, where he received the Man and Machine award for his LW-3, as well as Best New Component for Rotor­craft award for a teeter-limiting device for the teeter-type rotor. If you need help losing your wings, contact Herron; he can help. 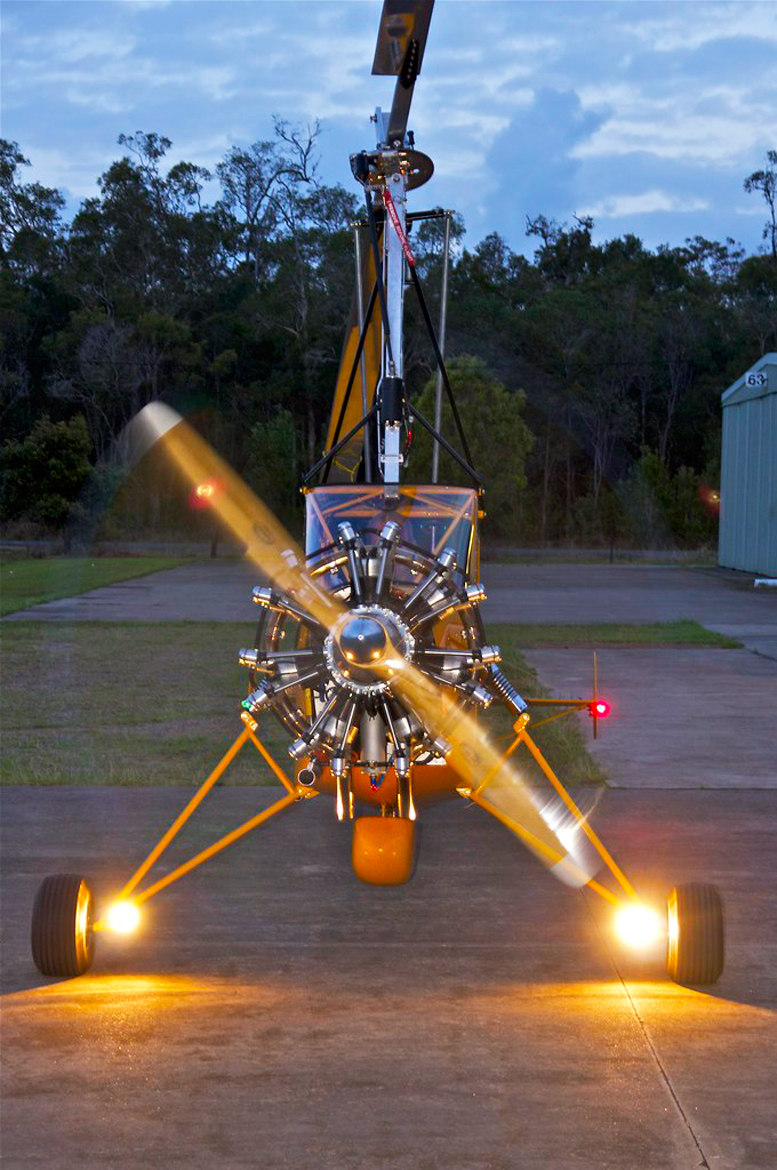 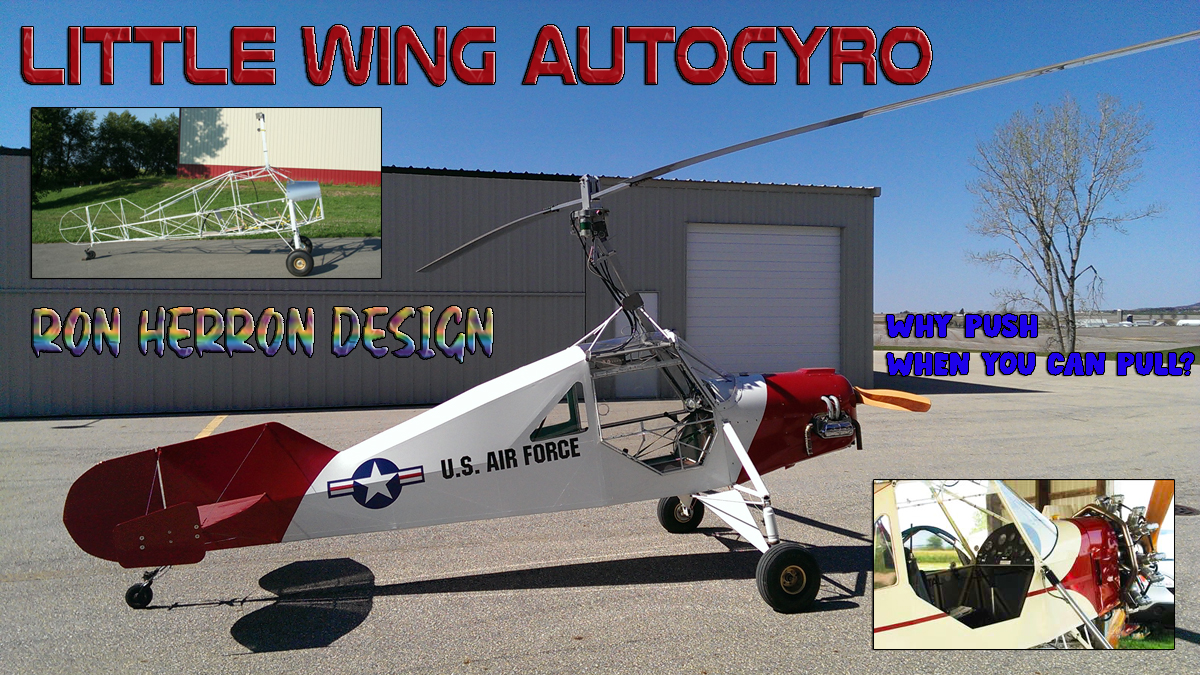 Article Name
Lift Without Wings?
Description
Ron Herron wanted something different, something with roots of the early days but with all the modern technology in a small size. Welcome to the Little Wing Gyroplane tail dragger.
Author
Howard Levy
SHARE TWEET PIN SHARE

Be the first to comment on "Lift Without Wings?"