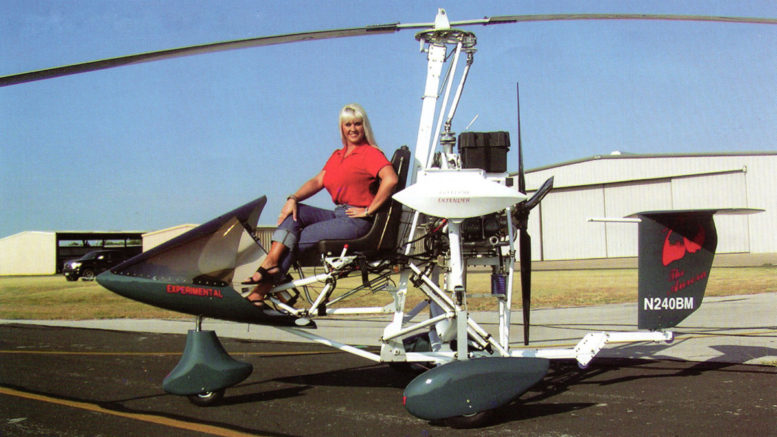 Valorie White, the new Executive Vice President of The Butterfly LLC, introduced the new Aurora Butterfly Gyroplane to the Market Place at Airventure 2008. Valorie is a professional model as well as an experienced business woman with several years of experience as a director with a popular (pink Cadillac) cosmetics company.

She is also a beauty queen and professional singer. Valorie is also selling dealerships for The Butterfly LLC. The new Aurora Butterfly Gyroplane is the newest model in the Butterfly line of gyroplanes.

The powerful Rotax 912S powered single place gyroplane leaves the ground in 3 to 5 seconds because of it’s powerful pre rotator called the Metro Launch System, said White. “Now, you no longer need a runway to take off. A grass field does just fine.”

The Aurora Butterfly Gyroplane shares some of the same components with the Super Sky Cycle, (a three wheeled flying motorcycle road-able rotorcraft). They use the same engine, pre rotator, and G-Force Landing Gear that allows them to land with zero roll.

The new production version of the Super Sky Cycle will be released this fall. The new finned wheel pants and Cadillac tail lights give it a retro space age look and the flying bike gets over 40 mpg on the highway, said White.

“For the first time in the history of aviation, a flying motorcycle has made it to the production stage,” she said. “The Super Sky Cycle is the only fly-drive vehicle on the market worldwide.”

The new Aurora Butterfly Gyroplane and Super Sky Cycle have been undergoing extensive flight and drive testing with very favorable results. They are very powerful and easily fly at less than half throttle. 1000 ft/ minute climbs are common, said White.

“We have just acquired a new warehouse and are taking The Butterfly LLC to the next level”, said White. “We expect sales to go super sonic after Letterman, NBC, and CBS do their interviews this fall. We have been contacted by news media from around the world asking to do a story on our revolutionary new products.” 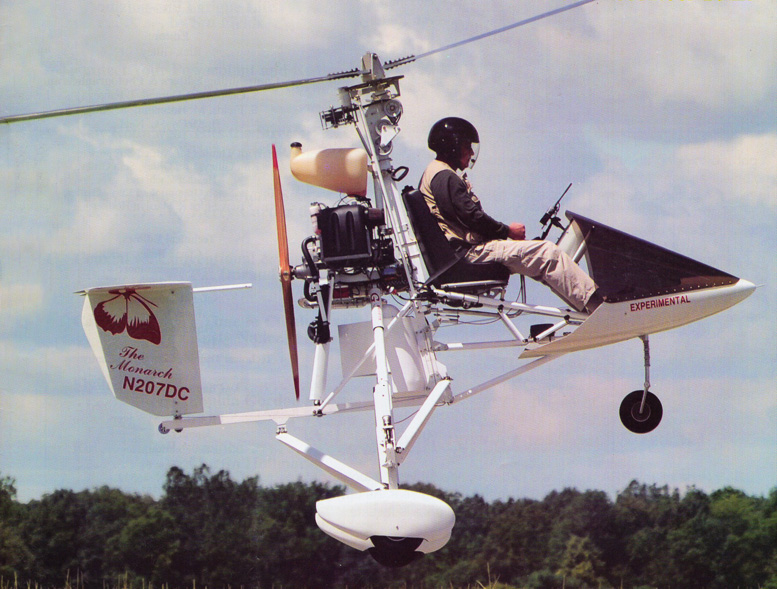 6 Comments on "The Aurora Butterfly Gyroplane"