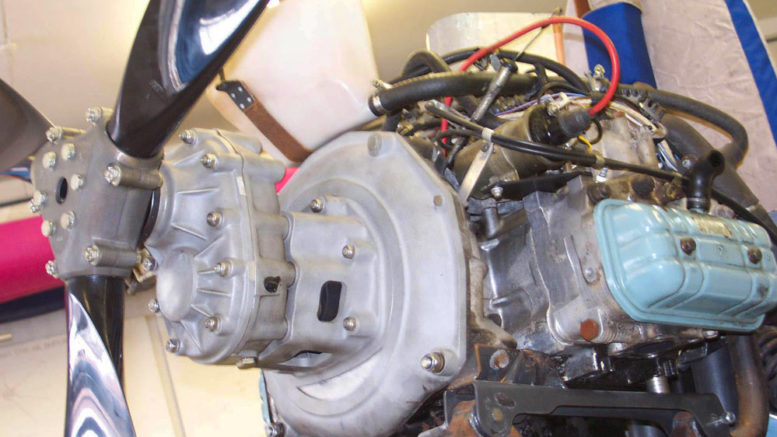 A Subaru for a Karatoo

After flying his J-6 Karatoo for more than 41 hours powered by a two-stroke Rotax 582 engine, Don Hansen decided he wanted a four-cycle engine with a better power-to-weight ratio – enter the Subaru EA81.

As a machine tool instructor at Eastern Maine Community College in Bangor, Maine, he was comfortable with undertaking an auto engine conversion. He considered a Volkswagen conversion, but felt the 80 hp for 70 pounds of weight wasn’t a good enough tradeoff.

He toyed with the idea of a Corvair engine, but again the all-up weight of the engine was more than he wanted. Instead, he chose a Subaru EA-81.

While on a family vacation, Subaru EA81 answer man Don Bouchard visited Hansen at his home in Corinth, Massachusetts.

The following Q&A exchange explains Hansen’s work on his engine. 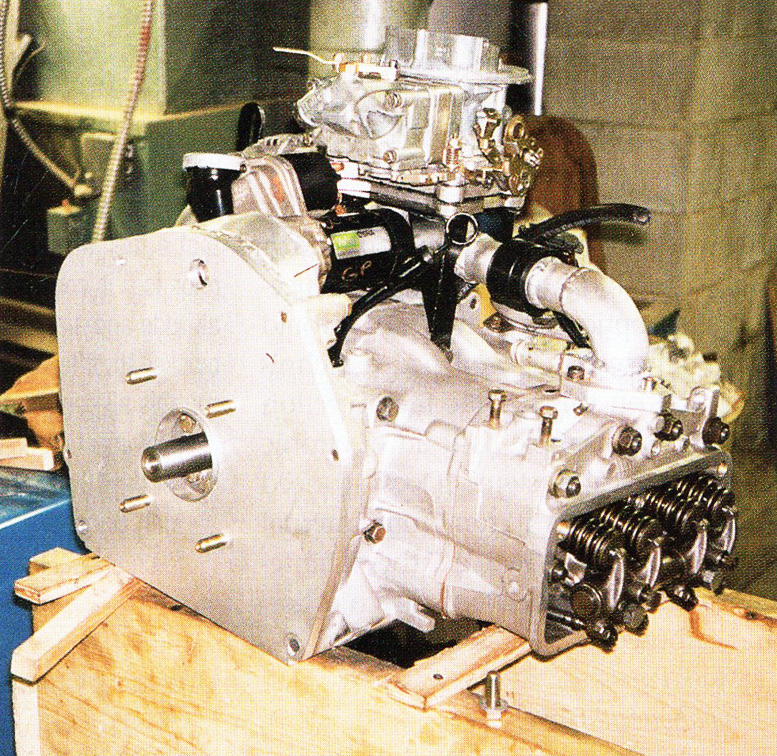 Bouchard — Why did you pick the EA-81 engine?

Hansen — I picked the Subaru EA81 for its weight-to-horsepower ratio. My airframe is fairly light, and I didn’t want my useful load to get too low. I thought the EA-81 would be the best combination of lightweight and dependability for the horsepower rating.

Bouchard — What did you do to keep the center of gravity (CG) in line?

Hansen — I installed a heavier battery aft in the fuselage. And, the battery is useful; I’m not carrying the extra weight for nothing.

Bouchard — What alternator are you using?

Bouchard — Your bell housing is well constructed. Could you elaborate on what you did?

Hansen — I cut out a section of the Subaru EA81 engine housing on the backside and welded in a piece of 5/8-inch 6061-T6 aluminum to reduce weight.

Bouchard — You’ve also done a beautiful job on the flywheel. It looks like you cut out some sections in the middle to make it lighter.

Hansen — Yes, I got it as light as I could while still keeping the integrity of its strength in place. 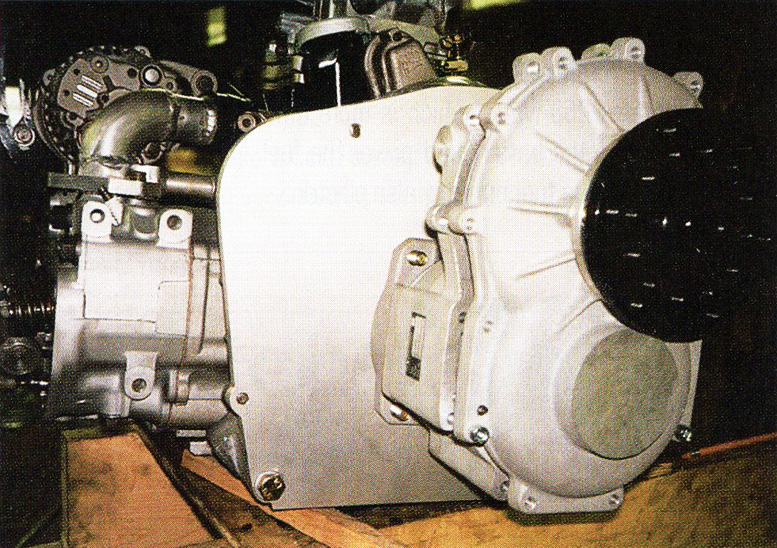 Bouchard — Is that a regular Subaru ignition system?

This Hitachi had sleeve bearings and its wear was within limits, so I took out all the internal parts, machined a plate, and mounted two 1986 Hyundai Excel ignition modules 180-degrees apart. The Hyundai Relucta ignition will fit right onto the Hitachi distributor shaft.

Bouchard — What carburetor are you using on the Subaru EA81?

Hansen — It’s a Holly 2300, 350 cfm flow. I have a McNeely mixture control that will allow me to go to idle cutoff, which is a great help on hot starts.

If I can pull the throttle back to idle and let the engine burn itself out of fuel instead of turning the ignition off, then when 1 get ready to hot start, I won’t have fuel trying to vaporize and cause vapor lock problems. 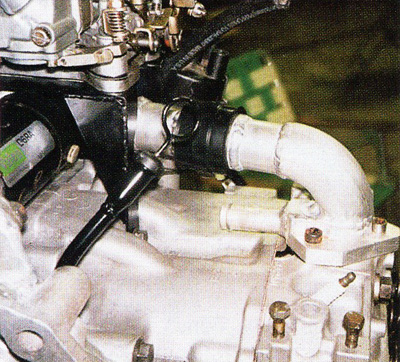 Bouchard — Will that keep the carburetor bowl empty when you shut down?

Hansen — No, the bowl will not be empty. This system just shuts the mixture off so that no fuel goes through the carburetor into the intake manifold.

Bouchard — I notice you have a valve in the middle of the engine to get air out.

Hansen — Yes, I run that back through to my fill tank. Some people call that a burp tank. With this arrangement, any trapped water and air will move upward to the level of the burp tank and get rid of any air in the system.

Bouchard — Have you had problems with that before?

Bouchard — I see that you’ve done some machining on the engine.

Hansen — Yes, the crank was polished; I used undersized crank bearings (main bearings) to get my clearances down to Subaru specifications.

The intake manifold is a custom intake for the Holly 2300 carburetor. The exhaust ports have been opened up from 1-3/8 inch to 1-3/4 inch, and I made some stainless exhaust pipes from a swimming pool ladder, all of which will let the engine breathe better.

In addition, all of the rotating parts have been balanced, including the flywheel, crank, connecting rod and connecting rod ends, and the pistons with the rings and sure clips in place. I’d recommend that to anyone undertaking this engine conversion.

Bouchard — Why did you plane the heads?

Hansen — The reason I planed the heads is because the cam grind I had done removed .051 from the base circle. For the pushrods to be the correct length and work properly, I had to take .051 off the heads to bring the valve train down the same amount that the base circle had been ground.

I guess I’d recommend that anyone converting an EA-81 take a cleanup on the heads to make sure they’re flat, but not take the amount off the heads that I did. That way if the head ever warps on you and you blow a gasket, you could take another cleanup pass on them and not have to replace the heads.

Bouchard — What kind of lifters are you using?

Hansen — I have hydraulic lifters that I purchased from Stratus 2000 when I had them grind the cam.

Bouchard — Do you recommend hydraulic over mechanical?

Hansen — I prefer hydraulic. Once hydraulic lifters are installed and adjusted properly, you don’t have to touch them.

Bouchard — What reduction unit are you using? 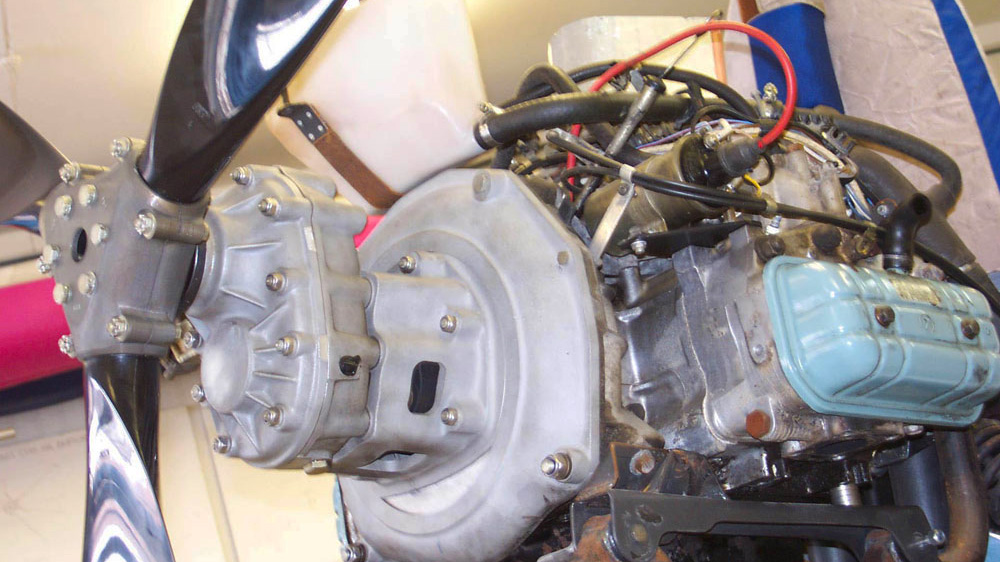 Article Name
Converting The Subaru EA81 Engine For Aircraft
Description
A very professional auto conversion of the Subaru EA81 engine by one of the many fixed wing pilots happily racking up the hours. Don Bouchard talks with Don Hansen about how he converted an EA81 for his Karatoo.
Author
Don Bouchard
SHARE TWEET PIN SHARE

11 Comments on "Converting The Subaru EA81 Engine For Aircraft"