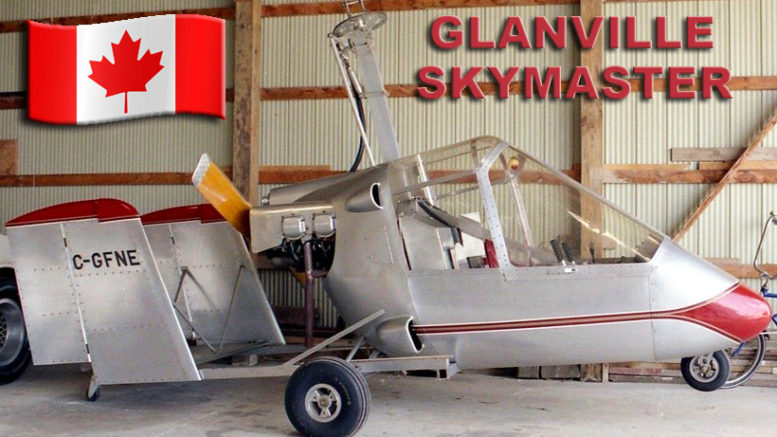 A Variation Of The Hollmann HA-2M Sportster

BACK IN 1976, C.A. (Kemp) Glanville, president of EAA Chapter 112 in St Thomas, Ontario, Canada, and his two sons, Mike, 22, and Ed, 15, bought a set of plans for the Hollmann HA-2M Sportster gyroplane. Within a year, working on it together, they had it far enough along to take their new GA-2C Skymaster the annual Popular Rotorcraft Association convention at Rockford, Illinois.

But — they got there the night the show closed, due to confusion in dates, so off they went to Oshkosh with their fun machine, which proceeded to win them a couple of trophies. Being Canadians, they decided a few changes were needed to make the Hollmann gyroplane suitable for cold, winter flying, so they completely enclosed the cockpit area.

Glanville decided that the changes required a new name for their rotorcraft, and they christened it the Glanville GA-2C Skymaster Mods included steel disc brakes on the mains and re-positioning of the fuel tank to the CG. so that the tankage can be increased without disturbing the balance on burnoff. 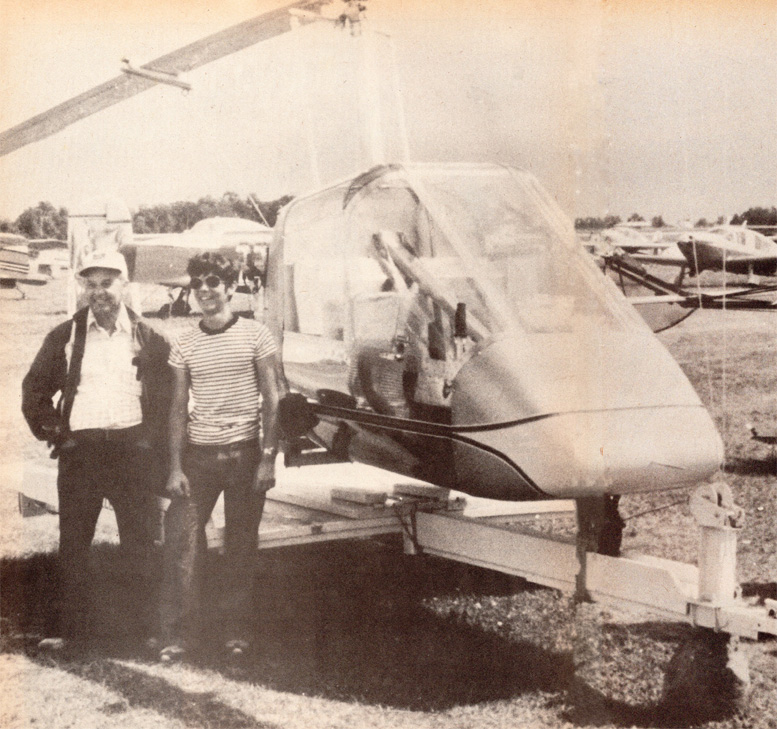 The aerodynamic clean-up of the canopy, they estimate, will add 20 mph to Vmax and cruise speeds. They also added an electric starter and external power supply. In addition, they fitted their Lycoming 0-320 of 150 hp with a VW oil cooler to the GA-2C Skymaster.

The next problem was learning to fly their whirlybird, so father and sons drove their motorhome down to Paducah, Kentucky, where Don Farrington runs a rotorcraft flight training operation. Farrington got Mike all checked out in three days. 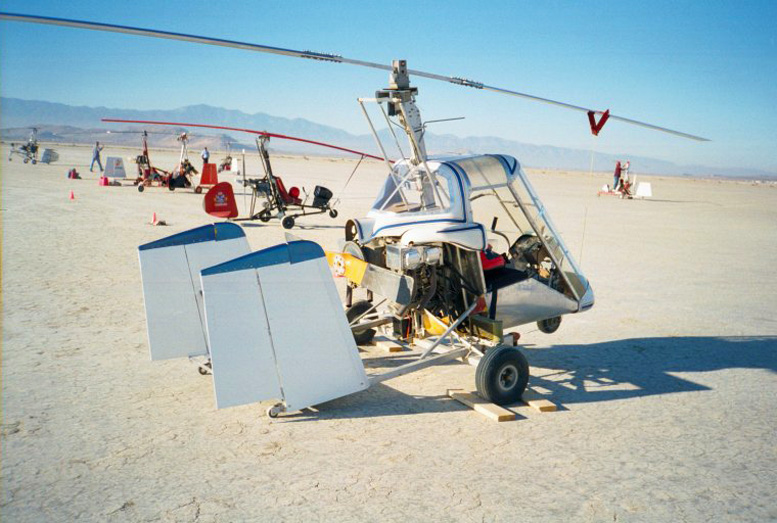 By last November 14 they’d won full DOT approval for the GA-2C Skymaster in Canada, and began logging time, making some 50 crosswind landings Kemp said they discovered that the basic Hollmann design, as modified, handled far better in a cross-wind than any fixed-wing aircraft he’d ever flown.

At last report they’d added a new fin and rudder combination with smaller surface area as a cosmetic change, and were at work designing a prespin jump-takeoff rotor head for the GA-2C Skymaster. The Glanvilles, of course, visited Oshkosh again this summer to show off their fancy bird. 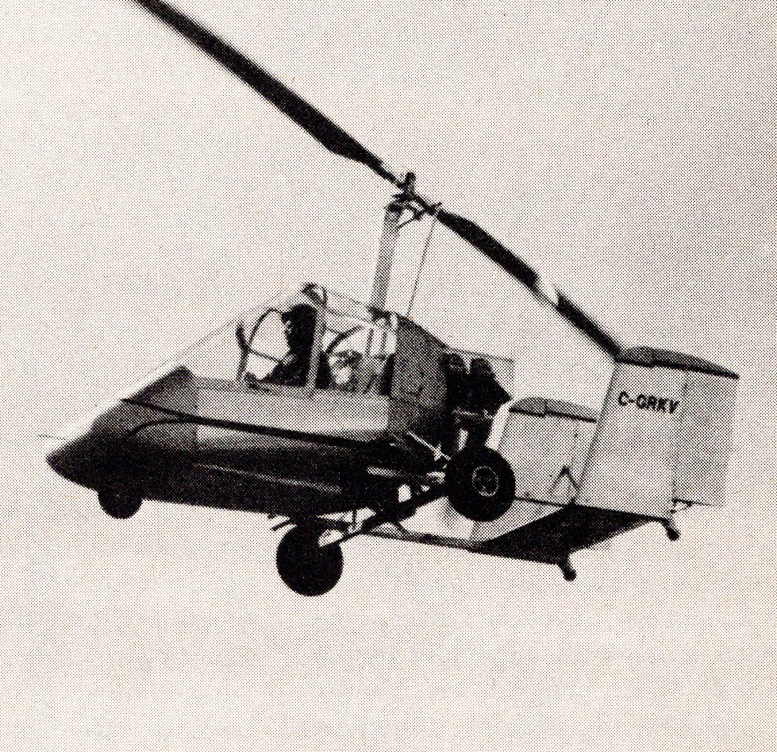 Glanville Skymaster in flight at St. Thomas, Ontario, prior to its appearance at Oshkosh EAA Fly-In. 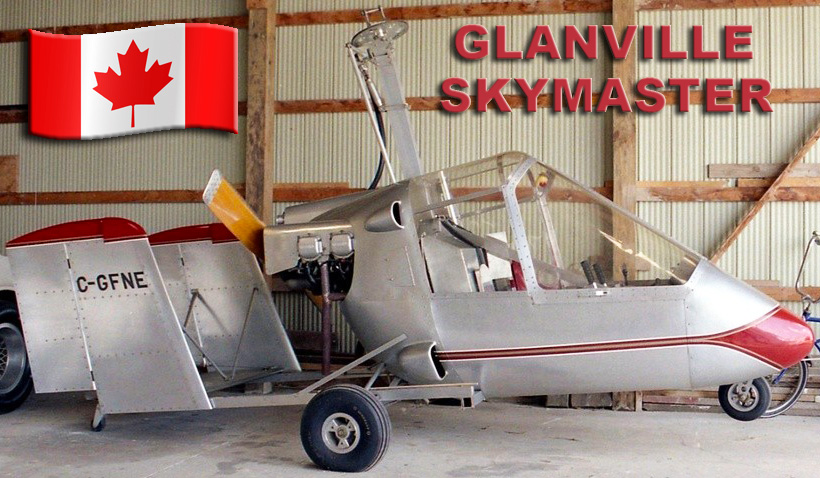