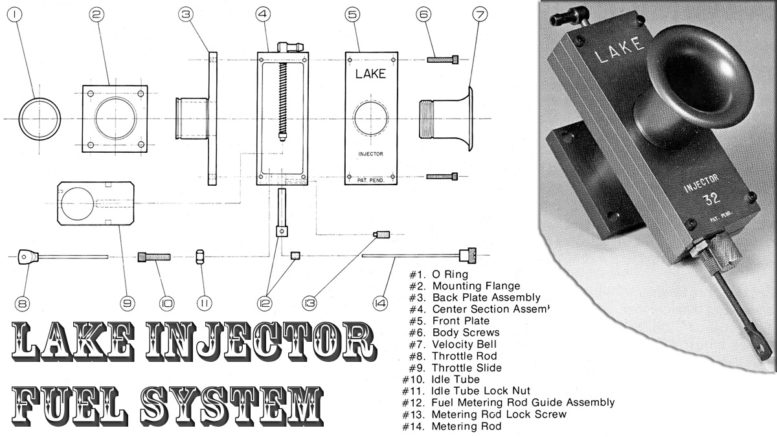 It has been several months since Oshkosh ’73 and the EAA’s first look at the Lake Injector Fuel system. The response to this fuel metering method has been overwhelming, and I would like to thank the many members that have waited patiently for brochures and catalogs. This article is intended to further explain the operation of the Lake.

One of the major questions asked is, “Why do we recommend a smaller throat size than that currently in use on any given engine?” Number one, the Lake’s throat is not restricted by a butterfly that reduces the percentage of opening available for intake air. 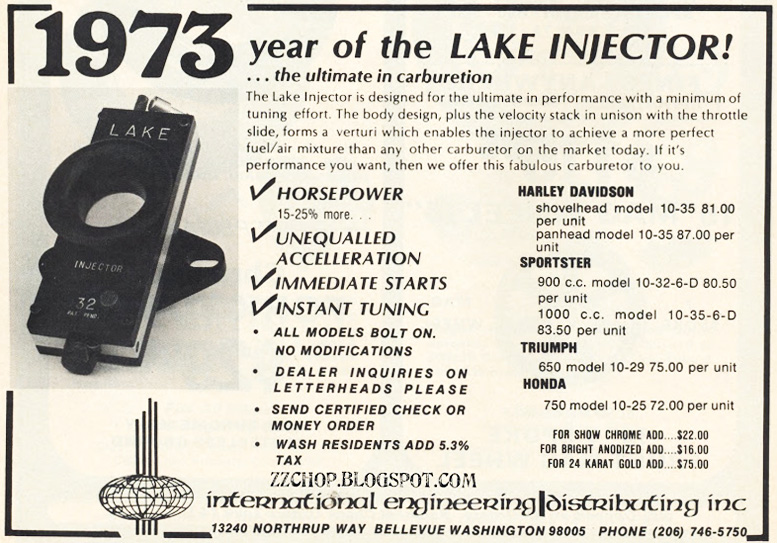 Number two, we want the intake air and fuel to move as fast as possible into the manifold, thereby punching a maximum amount of mixture into the cylinder. OK then, how is the fuel moved into the unit and atomized for us e in the engine? The inlet fuel enters the fuel tube located in the center plate of the injector No. 4.

This tube is the same dimension for the entire length of its bore. It also has a spring incorporated on the outside of the tube to exert pressure on the throttle slide No. 9, and moves with the throttle slide.

The metering rod No. 14 is inserted through the guide assembly No. 12 and held in place by the metering rod screw No. 13. The metering rod and its shape are the heart of the system. This rod is basically round with a flat side that tapers towards its tip.

When the fuel passes through the fuel tube, it enters into the atmosphere at the fuel tube’s further most point and is allowed to flow into the throat by the metering rod flat. Fine, so now we have a stream of raw fuel running into the injector throat, how do we mix it with the air? 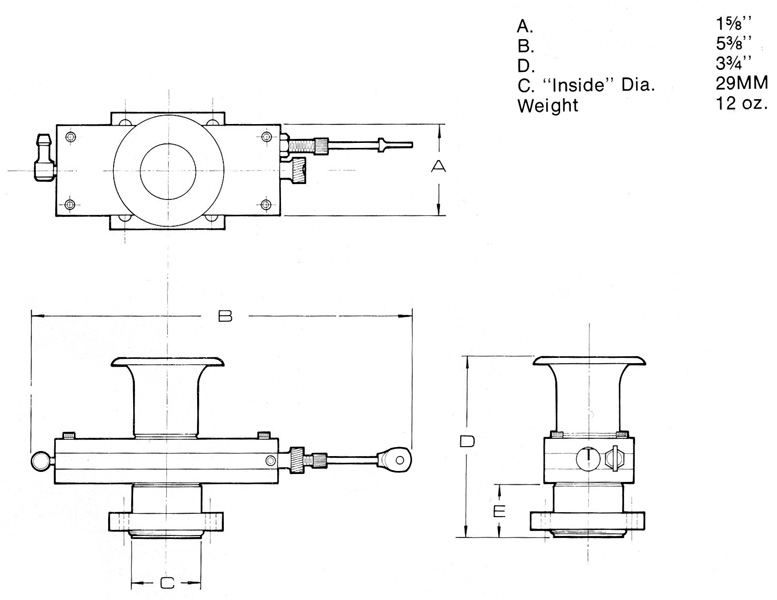 We then accomplish our goal of metering the fuel and mixing it with the air. Another point to remember, is that as the throttle slide moves open it allows more air to enter and also pushes the fuel tube away from the metering rod.

So the mixture automatically richens as throttle is applied and leans as throttle is reduced. A major benefit is, prolonged idle does not load up the engine. After extended idle periods throttle response is still excellent.

Now, with some knowledge of the ideas used in the Lake, how does it benefit the engine? All engines are a form of air pump. 2 cycle, 4 cycle, rotary, and they all can stand improvement in breathing.

So they all show the same essential improvement when operated with a Lake for carburetion. We receive a H.P. increase of from 19% to 23% on the dynamometer, (the increase is dependent on engine condition and dynamometer accuracy).

Due to the efficiency of the fuel air mixture, the fuel consumption is less. i.e. with the same amount of fuel more range, or less fuel added means more weight available for payload. The Lake runs equally well with or without ram air.

This means you can, if you prefer, run outside air from the bottom of the cowl. (When the air inlet is in the cowl bottom it must be located in a position that provides positive pressure and not in a negative pressure air). We also have units running with only the air provided within a pressure cowl. 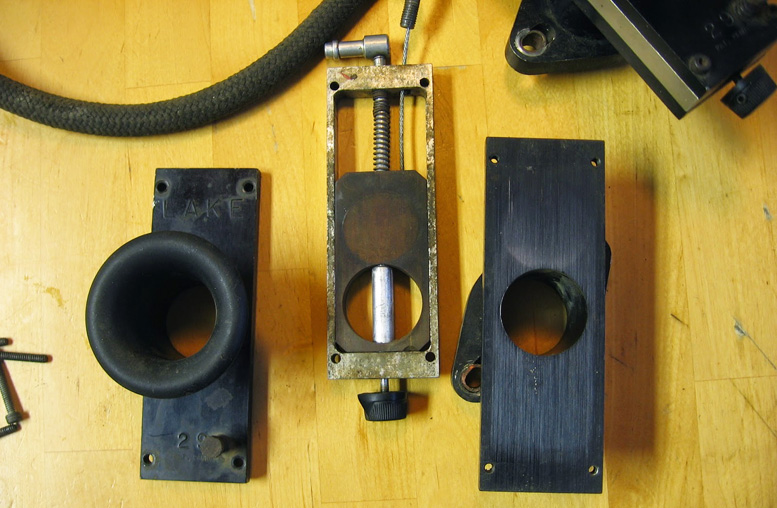 Due to the lack of a float bowl, the Lake can be run updraft, downdraft, or sidedraft and can also be positioned in any degree of the quadrant, (convenience in attaching fuel and throttle lines) when in the above positions. Do you have to use carburetor heat or alternate air source?

We leave this up to you, however, common sense dictates that all systems, pressure carbs, or direct fuel injection systems can suffer icing. For the record, we recommend some form of carburetor heat or alternate air be made available when operating in known icing conditions.

There are additional benefits, however they can only be experienced when realized through ease of operation and maintenance. By now you are saying, “This system is too good to be true”, so here are some limitations of the Lake. 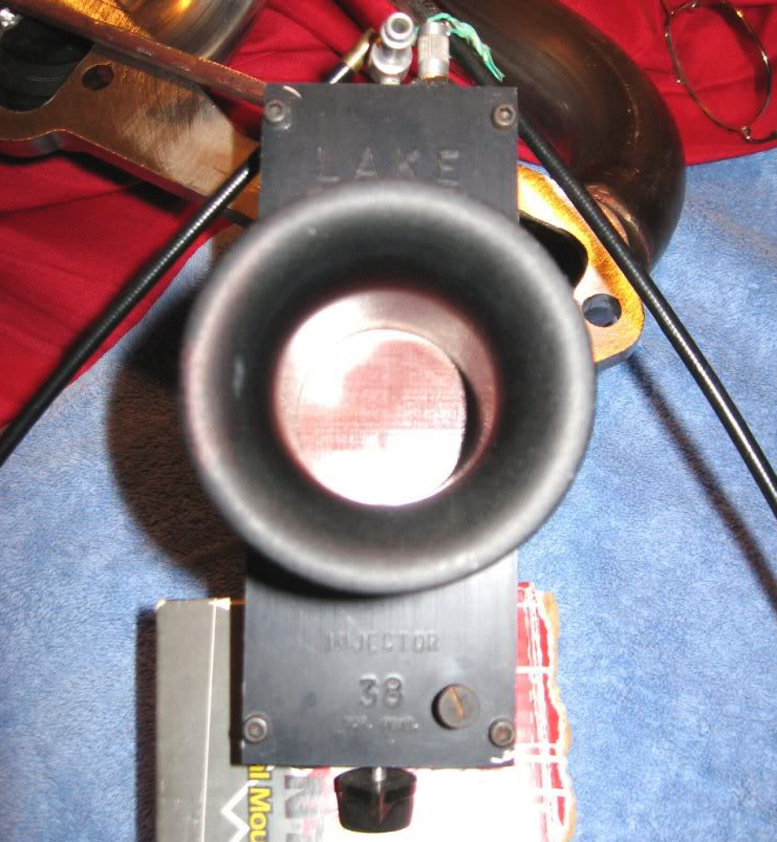 The unit works best when run with a very small amount of fuel pressure. 1/2 to 1/5 PSI. So it works great with gravity type fuel systems. (Providing you do not use a ram air tube for the gas tank). When using a fuel pump we need to reduce the fuel inlet pressure.

This is accomplished by using a bypass system that consists of a small tank with three fuel tubes, inlet, outlet and a stand pipe tube that bleeds excess fuel and pressure back to the main fuel source.

We also have an alternate fuel pressure reducing method currently operating in prototype form, that uses a remote float bowl. Performance is not reduced when using a fuel pump, it is just the inconvenience of the extra hardware required in the system. 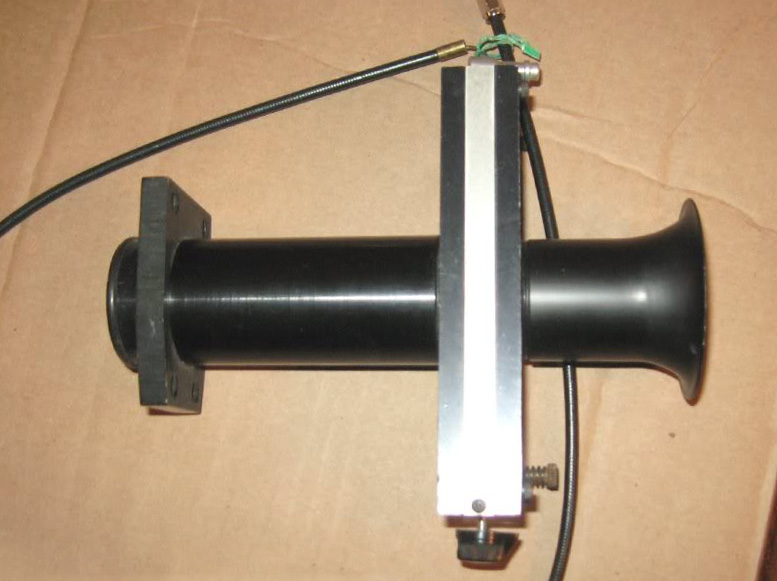 Another possible form of detraction for some is, that we do not have an air box currently available. However, by the time this is published, our designs should be released in kit form or assembled ready to install. At present the current users have constructed their own.

Before closing, a few words of caution, there are competitors that attempt to produce a like product. To date they have been unsuccessful. The only unit authorized and engineered by Lake for airborne use is anodized completely blue.

Thank you for your interest in our products and we will continue to provide facts on the Lake as it becomes available. 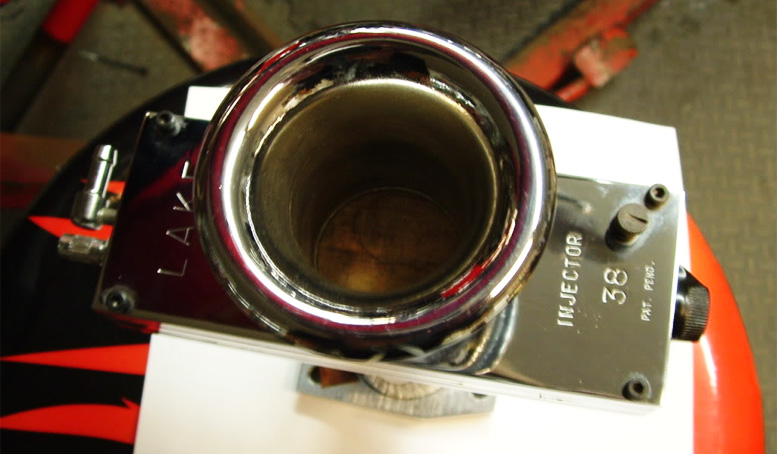 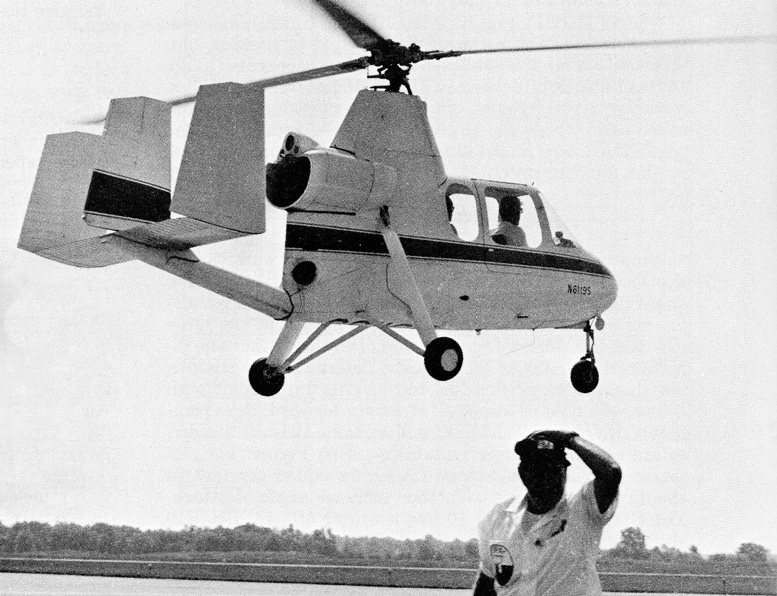 Not a homebuilt, but a very interesting modification of the certificated Air and Space 18A Gyroplane of the early 1960s. Updated and being sold on a limited basis by the Farrington Aircraft Corporation, Kentucky 42001, N-6119S was flown to Oshkosh by J. T. Potter. He made daily demonstrations of the jump take-off and zero roll landings possible with a new collective trim system.

Potter was attending his first EAA Fly-In and expressed amazement at the size and order of the show. He was also astounded at the number of potential customers — more than any of the “trade” shows he had previously attended. 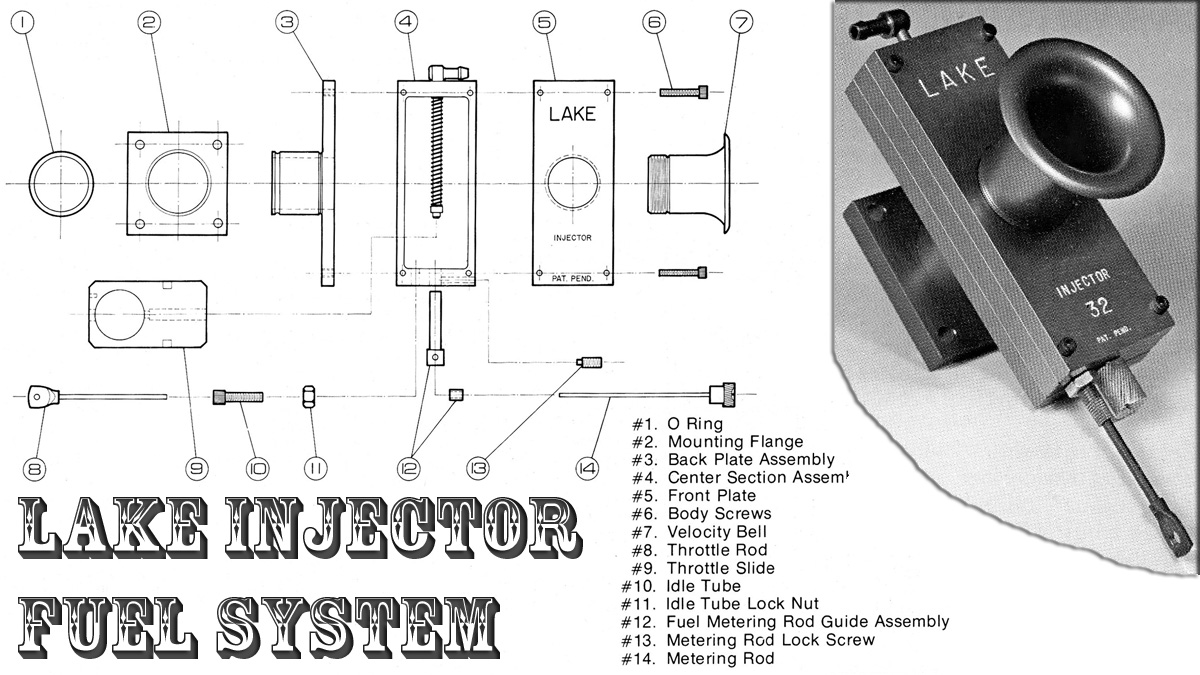 Article Name
Lake Injector Fuel System
Description
One of the most significant advances in aircraft engine fuel systems has been the induction system of delivering fuel. Typically the carburetor was the standard, now we see electronic and mechanical fuel injection systems. But this one is a little different - and there are many just like the Lake Injector Fuel System.
Author
Harold W. Severson
SHARE TWEET PIN SHARE