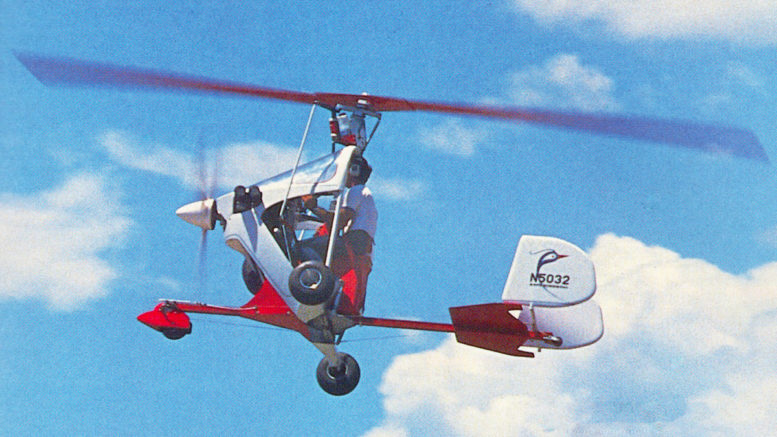 David Gittens is a design artist from Santa Fe, New Mexico. The state-of-the-art IKENGA gyroplane is one of his ultra-modern creations.

I spotted a photograph of the Ikenga gyrocopter in the Popular Rotorcraft Association publication recently, and I knew right away that I wanted to learn more about this aircraft and its designer.

As soon as I had studied that photograph, it was obvious to me that David Gittens marches to the tune of a different drummer than that of his contemporary gyroplane associates. The name “Ikenga” comes from Ibo mythology which has its roots in Eastern Nigeria.

To the people of the Ibo nation, it refers to man’s creative life forces. Many others also liked the Ikenga Gyroplane, because, in June 1988, it was awarded the Grand Champion Prize at the Albuquerque International Airshow. 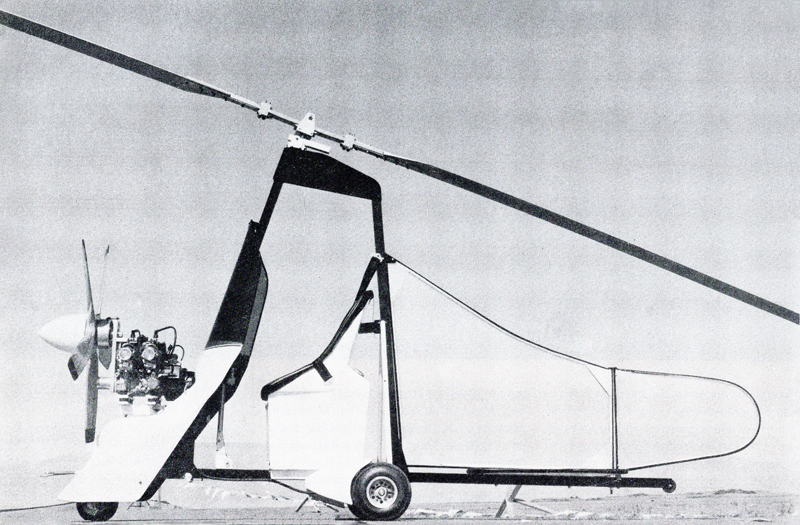 Gittens refers to his unusual gyroplane designs as – Future Link! – The designer believes that Gyro 2000, Gittens company, will push the envelope of gyroplane design way beyond that which is not yet available.

The following month, in July of 1988, it also won the Best New Rotorcraft Idea Award at the PRA International Convention. Then, at the EAA Oshkosh International Airshow of 1988, the Ikenga was declared the Reserve Grand Champion.

David Gittens’ designs are now under study by several Asian conglomerates for use in Third World countries.

A phone call to his company in Santa Fe, New Mexico, revealed the answer. David Gittens is a design artist first and a gyroplane manufacturer second. His mind sees the great utility potential of the gyrocopter in the Third World and developing third-world nations as essential.

A study of the packet of slides, photos and brochures which arrived shortly after we requested them revealed some of the most inventive concepts I have ever seen applied to a gyroplane. Most gyroplanes we’re accustomed to seeing at fly-ins and at the local Sport Aviation airport look pretty much the same as the way Igor Bensen designed them decades ago.

Shapes and numbers of rudders have been changed, fiberglass fairings have been added, and different engines installed, but basically they’re pretty much the same. Gittens states that the goal of his Gyro 2000 company is the production of safe and exciting “Future Link” rotorcraft.

He uses the term “future link” as Gyro 2000’s aim to push the envelope of rotorcraft design to limits we have not yet imagined. By doing so, inexpensive rotorcraft for utility applications will blossom in Third World and Pacific Rim cultures where they will find immediate and beneficial use.

Gittens had just returned from Japan where our Ikenga Cygnus 21P (pusher) gyro, designed for Sumitomo Heavy Industries was debuted at the Sky Sports Japan Airshow. Sumitomo and three other Asian conglomerates have targeted ten to fifteen million dollars in research on a long-range vision/strategy for gyroplanes. 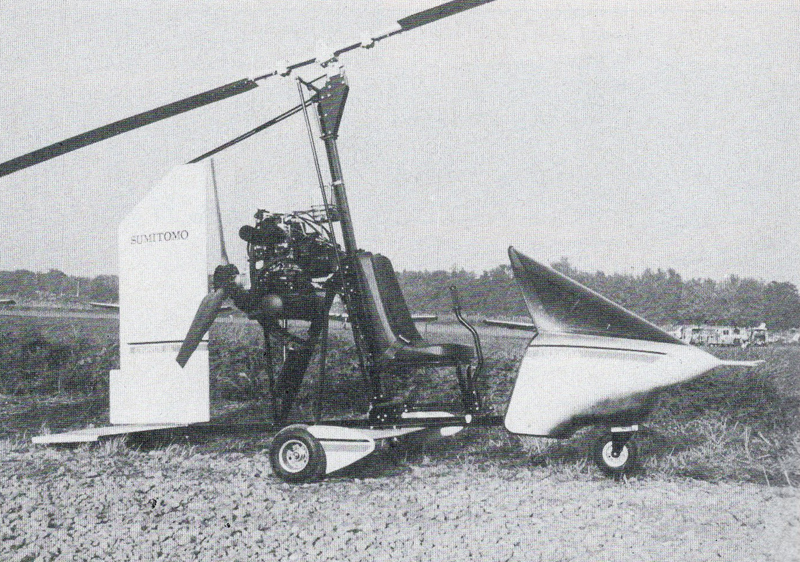 By comparison, the IKENGA basically looks like a typical gyrocopter backwards without the rudder of course – as seen here with his Ikenga Cygnus 21-P2 Autogiro design

Gittens wants to remind our readers that, currently, America is the undisputed hub of gyroplane activity and that the Popular Rotorcraft Association is by far the most resourceful organization promoting gyroplane activity in the world.

Gitten encourages gyroplane innovators and builders to take the initiative and to seek investor groups which will assist in developing, here in our country, the vast potential of these ships which we all love so much. David also informs us that his company will custom-design a gyroplane for special uses or special appearances. 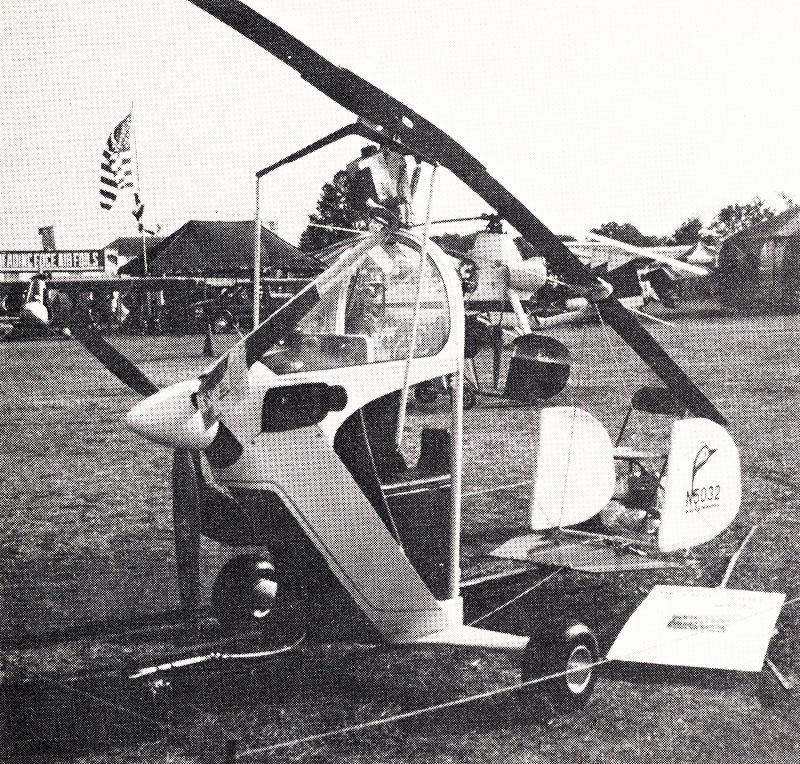 It is no secret that off-shore investment groups are purchasing vast segments of our land and companies. Why not direct some of this capital investment in our direction. The Ikenga is not an ultralight aircraft. Training and licensing for its safe and continued operation are required by the FAA. 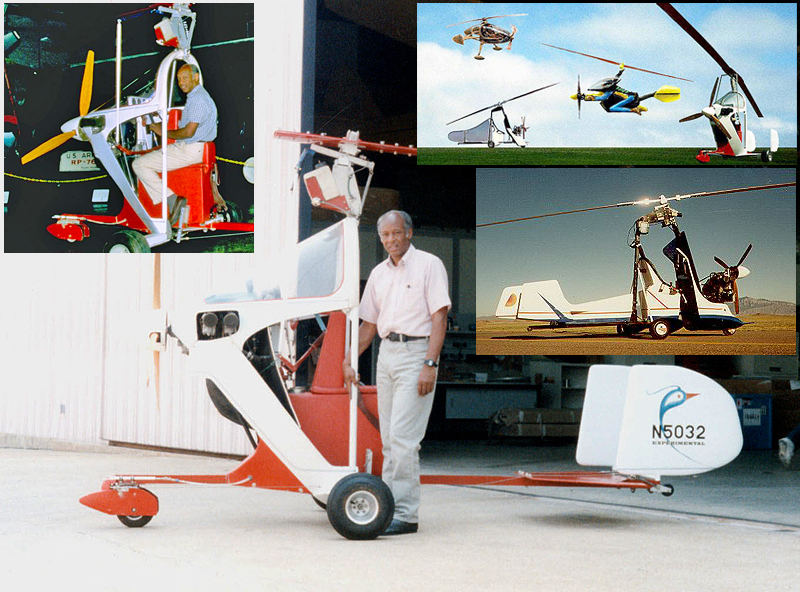 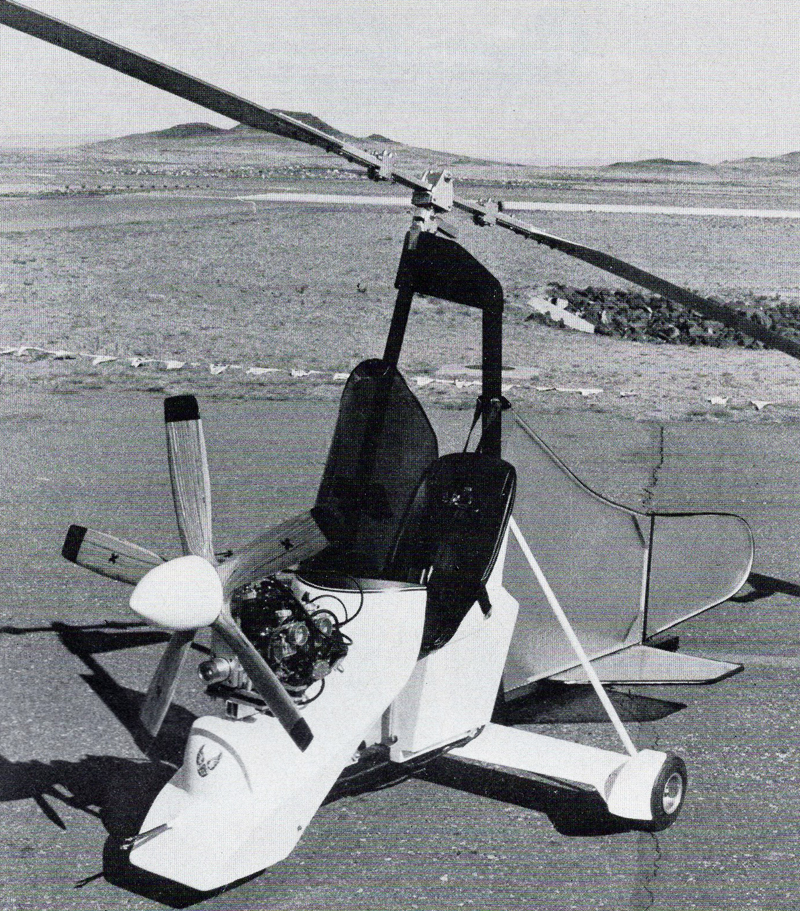 The tractor-mounted engine lends itself to many different design functions not available to a pusher-type gyroplane.