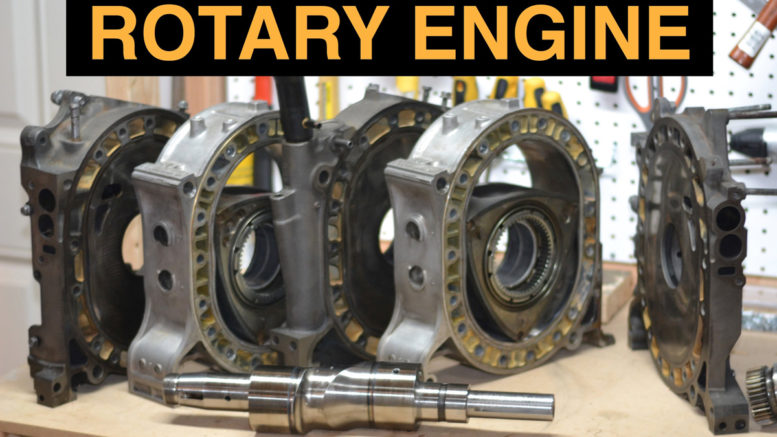 With the possible extinction of avgas, NASA’s finger points to the rotary engine as the powerplant of the future. Based on this info, you should consider membership in this club soon.

Aviation gasoline (avgas) is on the way out. But jet fuel will remain in relatively good supply for at least the next 30 years – so is it viable to keep feeding the rotary engine.

So said two researchers at NASA’s Lewis Research Center in Cleveland, Ohio, in a special paper reporting on NASA’s attempts to determine the best engine for light aircraft facing this fuel problem.

The authors, Edward A. Willis and William T. Wintucky of NASA/Lewis, report NASA’s conclusion: “Jet fuel should be used as the fuel of choice for any all-new light-aviation powerplant of the future.”

“And its conclusion is highly important to those of us who fly. Especially in the lower-horsepower area, where the predominant engine is the air-cooled reciprocating powerplant, which requires high-octane avgas.”

Jet fuels in general have lower octane numbers. Thus, the authors say, the new internal-combustion (IC) engine “clearly needs a type of combustion system that will be insensitive to cetane and octane ratings.” 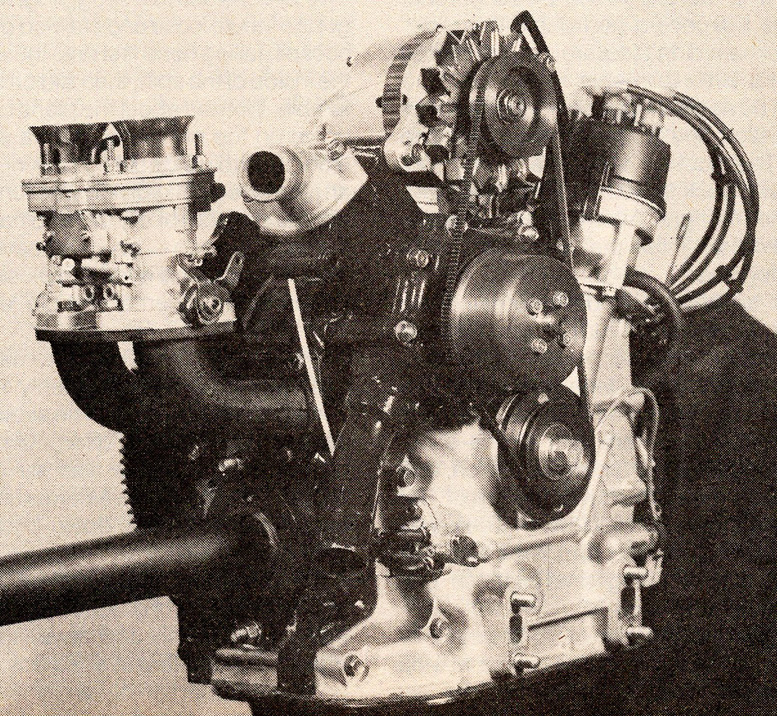 “One such system, known as ‘stratified-charge,’ employs diesel-type direct fuel injection over a spark plug to assure immediate ignition. This establishes a localized flame front, which is then sustained by continued injection of fuel, with airflow supplied by the engine’s internal aerodynamics.”

While many types of IC engines can employ the stratified-charge combustion concept, Willis and Wintucky point out, it has been proven particularly suited to the rotary engine, due to the latter’s geometry and inherent air motion. Research at Curtiss-Wright has shown that the concept enables the rotary to burn a variety of different fuels efficiently.

Recently, the Curtiss-Wright rotary-engine business was purchased by Deere & Co. for further study, and with the rotary’s known characteristics (compactness, light weight, low vibration, etc.), it becomes “a natural candidate for light aircraft.”

NASA’s current research is focused on two engine concepts, the stratified-charge, multifuel rotary and the lightweight, two-stroke diesel. By the end of 1985, they feel, one or the other could become the prime candidate for further study, including turbocharging and a multirotor or multi-cylinder breadboard engine.

NASA study is focused on the problem of stratified-charge combustion using a test rig developed by the Outboard Marine Corp. and a high-output second rig from Curtiss-Wright and Deere & Co.

Among the problems under study are development of adequate seals and lubrication, as well as thermal technology, to withstand high operating temperatures, using ceramic or other high-temperature insulating materials. 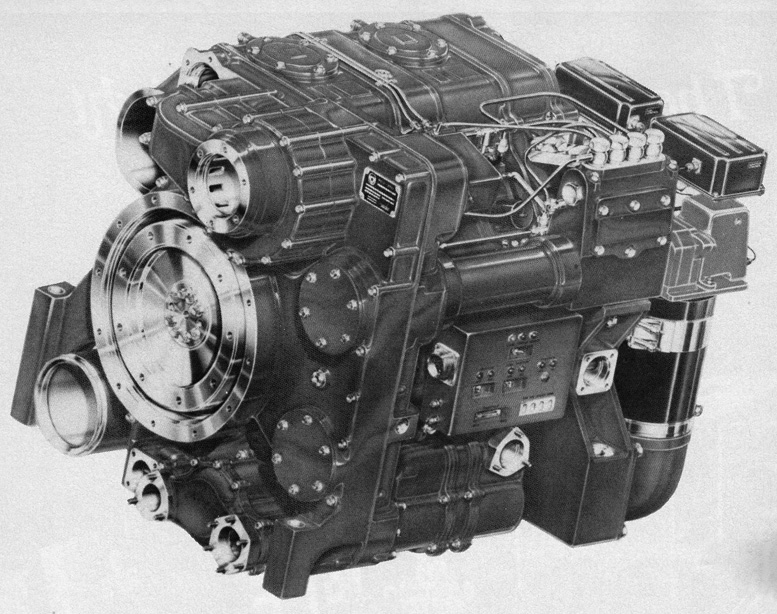 Where diesels are concerned, “the very concept of using a diesel engine in an airplane always seems to be taken skeptically,” the report says, “yet the idea is by no means new. The diesel aircraft engine actually predates the jet engine in flight by about two decades.”

“Experimental diesels were built and flown in the United States and several European countries in the 1920s and 1930s. In Germany, the ‘Jumo’ series of aircraft diesels reached production status in the early 1930s”. In today’s more energy-concious world, they feel, “it seems only logical to re-examine this concept in the light of modern technologies.”

Another effort, the “Advanced Diesel Engine Propulsion Technology” (ADEPT) project, is a joint Army/NASA program to demonstrate the technology for an exceptionally high-performance diesel power core. 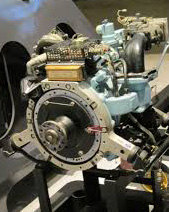 This is a first step toward a “Compound Cycle Turbine Diesel Engine” (CCTDE) propulsion system. The Army Aviation Systems Command sees it as a potential candidate for future advanced helicopter use. offering a fuel saving of up to 40 percent and a 25-percent reduction in power requirement.

This, the authors feel, would lead to a fuel saving of up to one billion gallons in 10 years, based on long-term Free World avgas fuel consumption. To take advantage of the rapidly expanding new technology, further involvement of the light-aviation community is a must, NASA believes.

In recent NASA and industry studies of various powerplant types for aviation’s future use, the rotary-engine performance appeared “slightly better than that of the diesel and considerably better than the other candidates.” another NASA/Lewis study concluded.

The major factor favoring the rotary engine was “the ease with which the rotary could be adapted to stratified-charge operation, thus enabling it to burn jet fuel and its ability to be scaled over a wide range of horsepower ratings.” 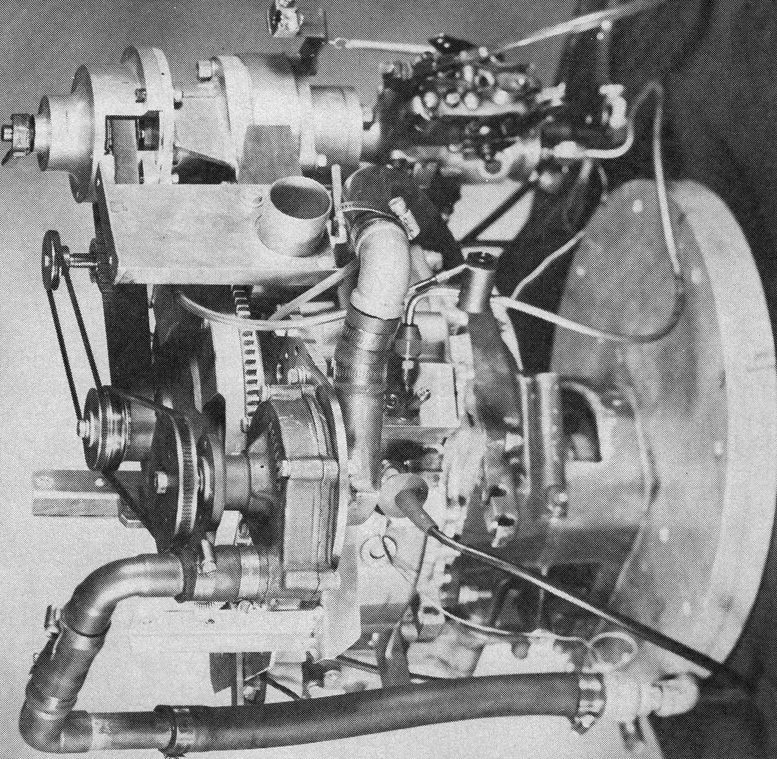 The stratified-charge rotary engine also is “at least competitive with advanced turboprops for higher-power installations, such as commuters and helicopters,” NASA says. “For these reasons, it currently has been selected as the best choice for emphasis in the ongoing intermittent combustion-engines research activities.”

Turbocharged rotary-engine testing, they report, “has been completed and results show 36- to 61-percent increases in power with commercially available turbo systems.” 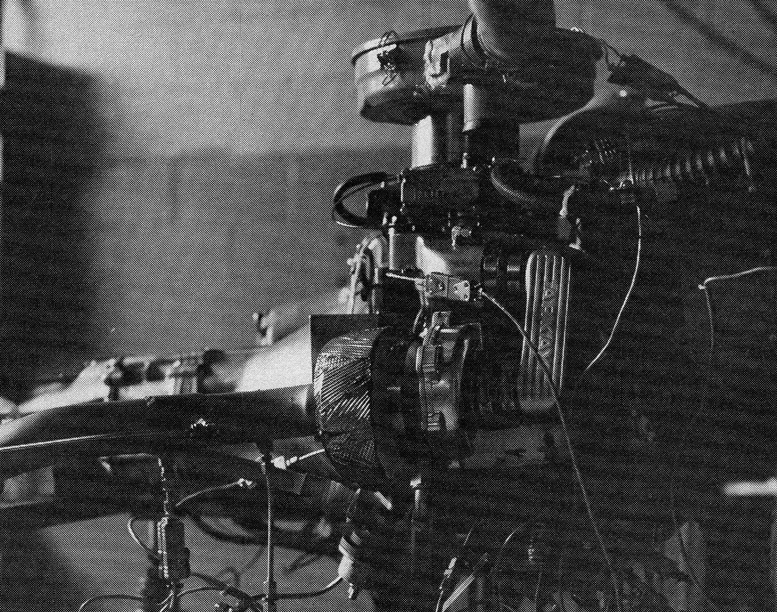 Combined with a lean fuel schedule, NASA adds, “this also resulted in a significant increase (approximately 180 percent) in cruise fuel economy.” Among the perceived advantages of rotary-engine-powered light aircraft. 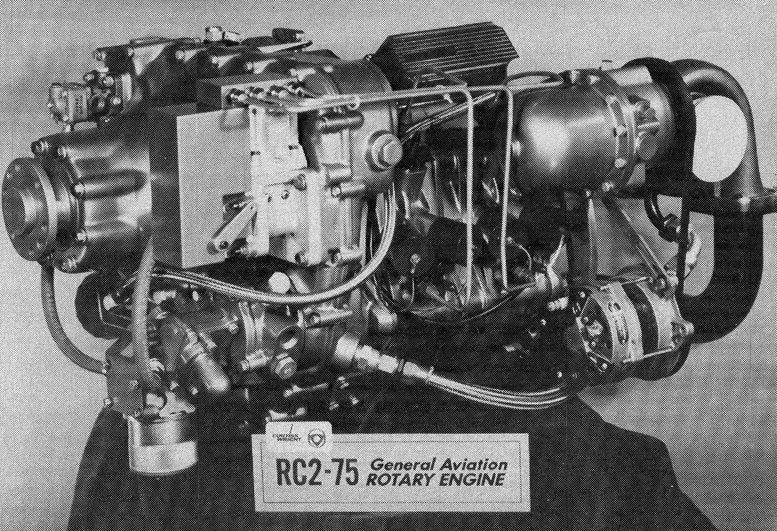 In addition, the lighter rotary engine must be located well forward of the position of today’s IC engines, to hold the CG in the proper position.

This has the advantage of permitting a baggage compartment to be located ahead of the cabin area, which increases maximum baggage allowance and loading flexibility. Further, the aircraft’s wing can be made significantly smaller due to the lower gross weight attained by the lighter engine and less fuel required.

Other areas in which the rotary-engine aircraft would be expected to show advantages over the baseline craft are: multifuel capability; inherently low vibration levels; better control of engine temperature, particularly for low-power descents; effective, carbon-monoxide-free cabin heating; possible use of engine coolant for heating of inlets; lower flyover noise due to lower propeller speed at a maximum power (2400 vs 2700 rpm).

In closing, NASA reports that: “The Rotary Stratified Charge Aircraft Engine shows considerable potential for a small, lightweight engine that can operate economically on all available aviation fuels.”

“Exploration of this potential, as well as identification of the most promising avenues for maximum exploitation, is expected to be realized with the NASA-sponsored general aviation research rig designed by Curtiss-Wright.” 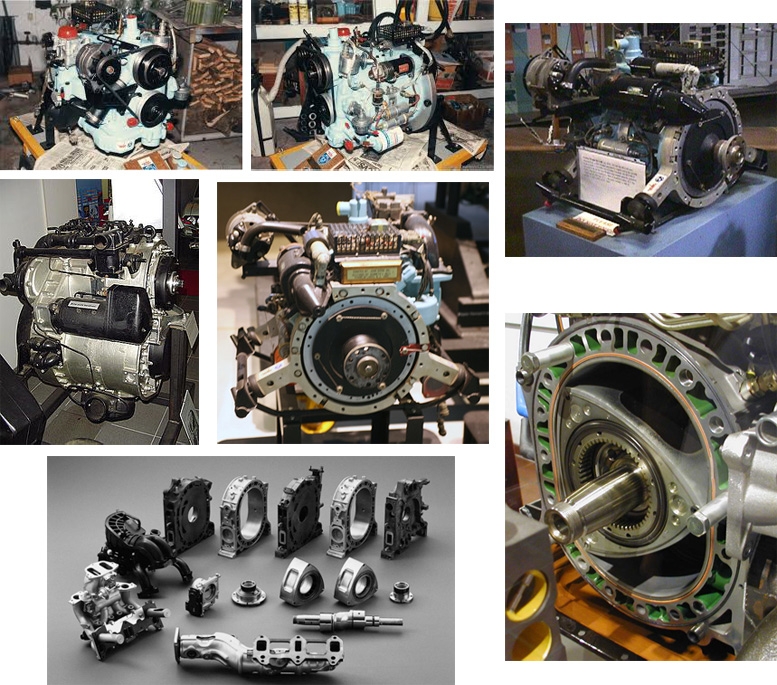 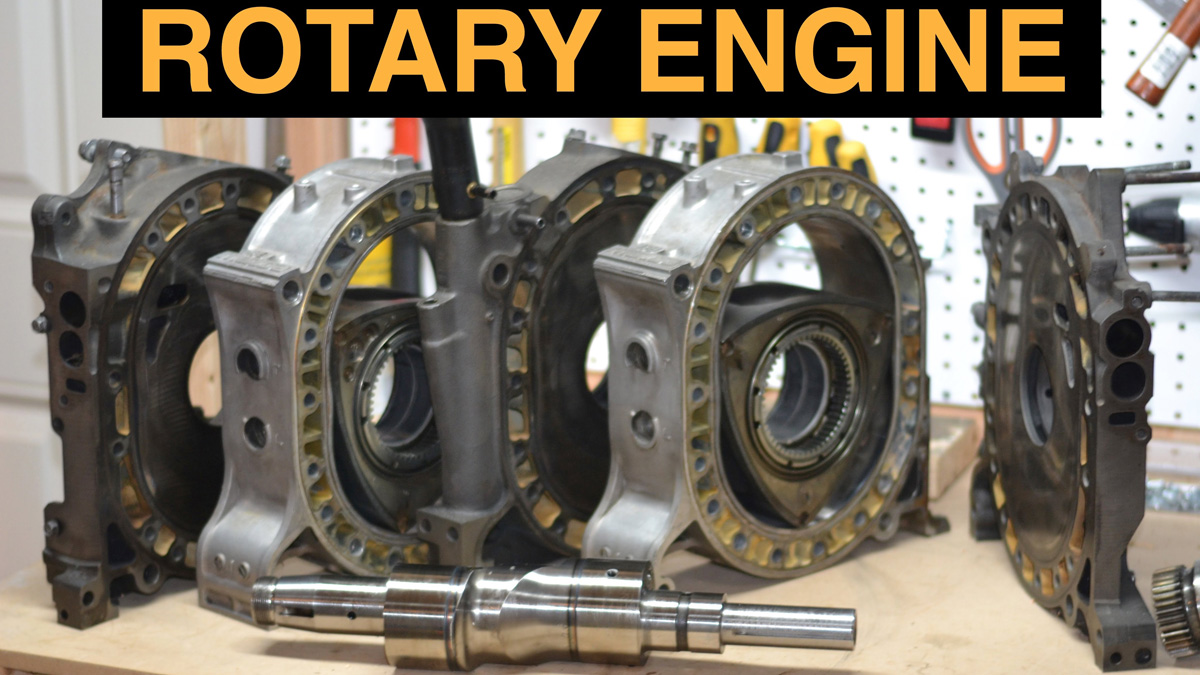 Article Name
Curtiss-Wright And NASA Rotary Engine Club
Description
It is little known that many years ago, big companies were investing millions into the rotary engine. Not for cars, but aircraft applications - while current technology has offered improvements, the rotary never quit found it's "flying" niche.
Author
Don Dwiggins
SHARE TWEET PIN SHARE

Where Are Our Wankel Engines