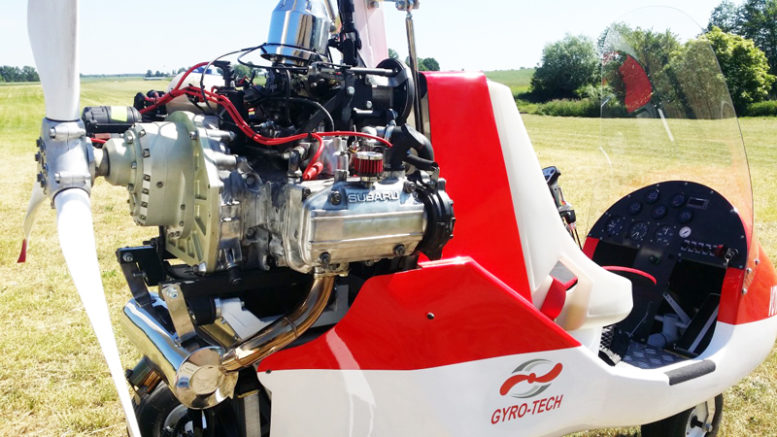 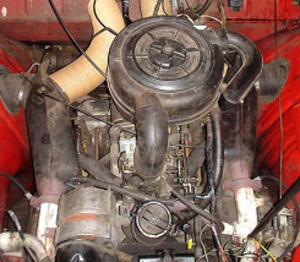 There are many factors which go into predicting the lifespan of four-stroke piston engines used in applications other than those for which they were designed. Despite the relative success in aircraft applications of Subaru and air-cooled VW engines, some builders are understandably hesitant about Auto Engine Conversion Reliability and undecided whether to use automotive powerplants in continuous high-RPM operation.

Will you have success in an aircraft installation by de-rating the published horsepower, redline RPM, or both? How do you make a meaningful comparison between a Yamaha or Weber and a Continental or Rotax?

A factor used by some professional engine builders to help set redline RPM is MPS, or Mean Piston Speed. While there are other variables which can affect an engine’s ability to safely sustain RPM, including the mass of rotating parts, materials used in crankshafts and connecting rods, and susceptibility to resonances, MPS is a common starting point. In the US, the formula is normally expressed in feet-per-minute:

The chart below includes some traditional and alternative aircraft
powerplants, sorted in order of their MPS at maximum rated horsepower:

Engines listed have four cylinders except as noted. Among Rotax models, only the 912 ULS is listed, since the other 912 and 914 models share the same stroke and RPM limits, and therefore the same MPS. Ditto for the Jabiru 2200 four-cylinder and 3300 six. The horsepower column lists peak takeoff power as a reminder of which RPM rating was used. Note that the traditional, direct-drive aircraft configurations, whether designed in the 1930s or 1990s, fall within a narrow MPS range, while the range among higher-revving engines requiring reduction drives spans more than 2:1.

This formula ignores bore size and other factors sometimes discussed, such as the ratio of displacement to peak horsepower or peak torque. But if you compare engines across a given manufacturer’s product line, you’ll often see a correlation between MPS and redlines. 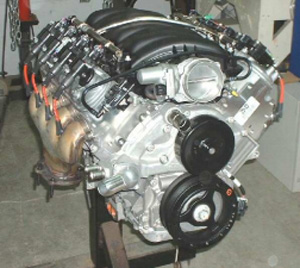 De-rating & Target MPS So…how much MPS is too much? What’s the right target? EPI, Inc., an engine builder specializing in Chevy V8 aircraft conversions (LS7 shown at right) and gearboxes to support them, apparently feels it has the auto engine conversion reliability range defined pretty well.

The company states on its website, “It is interesting to note that every aircraft piston engine designed to operate at sustained mean piston speeds over about 3,100 FPM (has) been short-lived…

We have demonstrated with previous engines that mean piston speeds of 2,600 and 2,900 FPM for cruise and takeoff respectively are very reasonable for extended life (all other things being right.)” This might be reasonable advice for converting an auto engine for aircraft use.

Popular Hot Rodding (PHR), in a tutorial on its website, begs to differ. In its advice for choosing redline RPM for auto engines, it advises MPS limits ranging from 3,750 FPM, for factory, cast-iron cranks, to 4,600 for factory forged-steel cranks, to 6,000 for “high-dollar custom endurance race cranks,” to 7,500+ for Formula One teams.

This advice is aimed at readers whose engine life expectations may be as low as a few hours (F1) or even seconds (NHRA Top Fuel), and street rodders who will usually operate well below redline much of the time, so keep that in mind. If you’re considering de-rating a conversion engine to extend its reliability and life in aircraft use, and want to choose a redline RPM to match a specific Mean Piston Speed, the formula can be worked backwards:

The chart above includes two results for this calculation. “Redline” shows the RPM at which the engine would reach the MPS limit input by the user. “Margin” shows the number of RPM under (in black) or over (in red) the target MPS the engine actually revs at full power. These two numbers will change with varying user inputs for “Target MPS.” 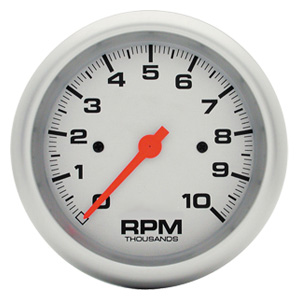 In the chart above, the Yamaha Genesis 120 is the only engine which exceeds EPI’s upper MPS limit of 3,100 FPM. (Not bashing Yamaha here – If F3 is changed to EPI’s 2,900 FPM takeoff limit recommendation, three engines exceed Redline RPM for Target MPS redline.) But if the Genesis 120 is limited through a higher prop pitch setting to 7,137 RPM, where it still makes about 108 HP according to the manufacturer’s published data, MPS is 3,100 FPM.

Conversely, if you factor in the relatively light rotating masses and/or allow bonus points for Yamaha’s expertise and the engine’s track record, you might decide to run it at 8,500 RPM, and the MPS of 3,692 FPM is still under Popular Hot Rodding’s limit for much larger engines with cheap, cast-iron cranks.

So, does this mean that the Jabiru 2200 will last forever, or that the Weber will be problematic? Absolutely not. Many other variables affect the loads imposed on engine components with increasing RPM, and some small four-strokes have a pretty good track record at high RPMs. Even Subarus, which are right on the edge of EPI’s 3,100 FPM limit, have been known to fly for thousands of hours. But if you’re considering being the first to convert a particular engine for aircraft use, MPS may be a useful tool.

It’s not the purpose of this article to declare a certain MPS threshold to be gospel in choosing or de-rating an engine. It could be EPI’s 2,600/2,900 FPM recommendation or 3,100 threshold, or something much higher in small-displacement engines. Expert engine builders don’t agree. The point is simply to give you a perspective on how the factor is used, and a basis for comparing engines which might be candidates for conversions.

Readers are encouraged to research various expert opinions on target MPS, add additional engines of interest to the list, ask about the composition and engineering of rotating assemblies, and apply the actual flight experience of existing engine conversions to temper the prevailing wisdom.

A spreadsheet was used to create the chart above with additional formulas etc, allowing the reader to add other engines of interest. The spreadsheet is no longer available so we have provided a basic engine MPS calculator below to assist in your calculations.. The MPS (not Redline though) values will be calculated and displayed. Have fun, and enjoy the resulting debate!

Piston speed generally refers to the average or mean speed of the piston as it moves up and down in the cylinder bore during each crankshaft revolution. Since the piston actually comes to a complete stop at the top of the stroke (TDC) and at the bottom of the stroke (BDC), its speed and acceleration at any given point is always changing. The piston is always accelerating from or decelerating to zero speed. The formula for mean piston speed yields an average speed based on two times the stroke (up and down for one revolution), times the engine speed (rpm) divided by 12 to convert to feet per minute (fpm). To simplify the formula, divide the numerator and the denominator by 2.

Note that if you did not simplify the formula, the answer still comes out the same. It is the distance the piston travels in one minute. To convert to MPH, multiply the answer by 60 to get feet per hour. Then divide by 5,280 to get miles per hour.

You can get a very close approximation of maximum piston speed (ignoring rod center-to-center length and rod angularity) with the following formula. Multiply the stroke by pi and divide by 12 to get feet per revolution. Then multiply by the maximum engine speed to get the maximum feet per minute. This speed occurs about mid stroke, where the connecting rod is ninety degrees to the crankpin. Before that point the piston is accelerating; after it the piston is decelerating. When the piston is exactly at either top or bottom dead center it is stopped and there is no acceleration.

Mean piston speed has long been used as an indicator of component durability under severe service. It is a good rule for evaluating engine potential and it is even more instructive if you calculate maximum piston speed since one of the axioms of engine performance dictates that power comes from engine speed. The more power strokes per minute, the more power available to do work.

Consider the 2000 Ferrari Formula 1 engine that has a stroke of 1.6-inch. At 18,000 rpm that’s a mean piston speed of 4,800 fpm and a peak speed over 7,536 fpm, or more than 85 mph at mid stroke. Potential disaster for a big-block Chevy, but the Formula 1 engine enjoys the luxury of very exotic materials and very small pistons that have much less mass to accelerate.

Be the first to comment on "Auto Engine Conversion Reliability"