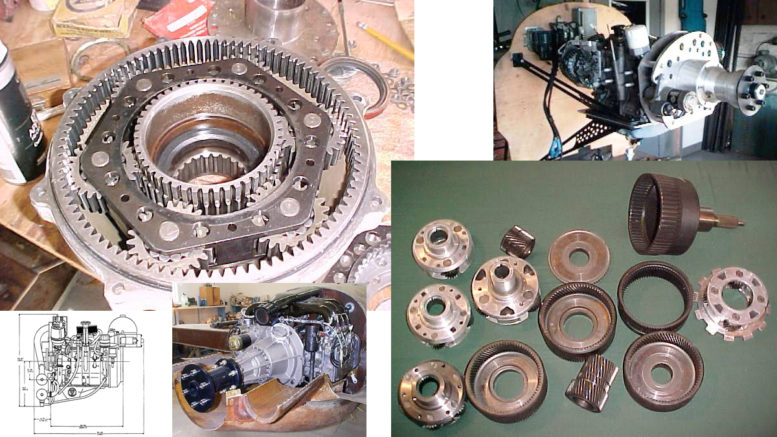 While ground tests using identical propellers do correlate to airplane maximum static RPM output, it was decided that flight tests with the Mazda gear reduction conversion would help define other performance parameters.

A suitable airframe was needed. Building a homebuilt for demonstration would have delayed the project and not produced any valid comparisons. Consultations with area pilots and others concluded that a Mooney M20 with its small frontal area and low drag design would serve as a good indicator of performance changes.

The airplane was purchased and installation began. The first trial flight with an “Experimental” placard was made in 1985 with Johnny Thompson as pilot and myself as test observer. The cooling system soon proved itself unequal to the task and at about 1,000 AGL, the powered portion of the flight was over.

A pre-planned 180 degree turn and downwind landing was executed. Careful examination of the engine dispelled concerns of heat damage and added a new item to Mazda engine durability when ground tests were resumed.

A period of cooling system design followed. The radiators were fully ducted for positive airflow and this solved the original cooling deficiency. Since that time the airplane has been flown on many occasions principally as a test bed for different gear ratios, propellers, and induction systems.

Due to pressing customer demands no time has been allocated to the development of the ultimate Mooney/Mazda installation nor was it the intent to do so. This would require the services of a full time mechanical engineer for about a year. Any volunteers with STC experience? 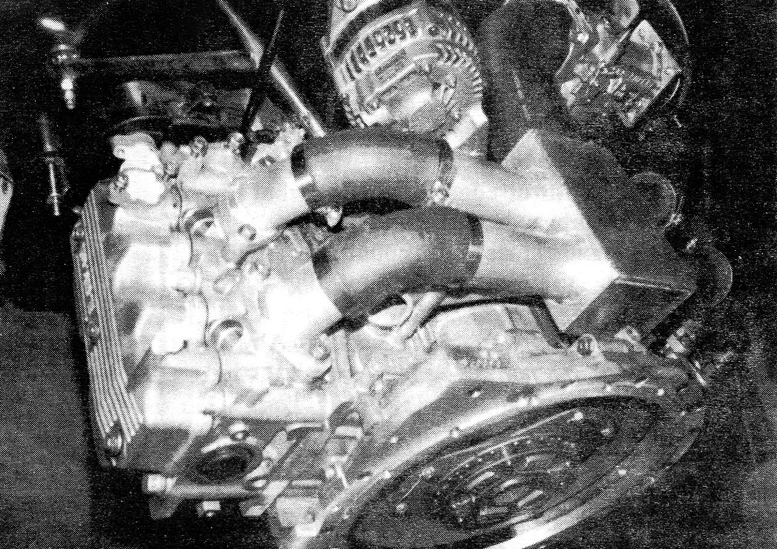 At this review (February 1991) the Mooney’s Certificate of Airworthiness is being renewed to allow testing with the latest gear ratio of 2.85 to 1. We recognize that there are other methods of engine speed reduction.

Our expertise with geared systems, and planetary gear sets in particular, is one reason why we choose to offer gears instead of belt or chain drive reduction systems. We believe the planetary gear reduction has certain unique advantages of benefit to the customer.

These include compact­ness, integral propeller extension, simplicity of installation, low cost of maintenance, light weight, negligible thrust and radial loads on the stock crankshaft journal bearings among others. The question of engine torsional resonance is a legitimate one and one often raised.

The Ross Aero gear reduction units contain mechanical elements which absorb power impulses effectively isolating the gears from the crankshaft and the propeller. The exploded view illustrates their relative location.

The contest sponsored by aircraft Spruce was a big step in the right direction. We do not expect a “conversion” to auto power until airplane designers who specify engines give us and our competitors a nod. Burt Rutan’s remarks at Oshkosh ’89 concerning auto engine advances were most appreciated. We decry the attitude of some designers who actually take vocal stands against the movement.

These are the same people who take bold steps in aerodynamics yet find it convenient to find fault with the progress in auto engine technology. We at Ross Aero will gladly work with home­ built airplane designers to prove the feasibility of auto conver­sions. It would be wrong to say that the Mazda is our favorite engine choice.

There are piston engines that can equal it for horsepower and other factors. It is the engine with which we have had the most actual experience and we have always felt that within reasonable power requirements (up to 180 HP) the engine would be durable.

We based this on experience gained by our friends at Rotary Marine Engineering, who use a mildly ported, but otherwise internally stock engine with 185 HP at 6,000 RPM. Their engine easily passed a 200 hour durability trial (30 percent at WOT. the rest at 80 percent power) with little measurable wear and is on its next test after having been reassembled.

An article in the July 1985 issue of Private Pilot magazine reviewed work by the reputable German firm RFB (Rhein-Flugzeugbau GmbH) with a 200 HP Wankel installation. The following comments exceed even our best estimates for durability and thus are worth mentioning:

“Production; Fanstars will use a new high technology version of the Mazda rotary with a dual plug ignition and the latest in Bosch electronic fuel injections systems. This auto lean system would improve the fuel specifics of the rotary to the point it would be superior to those of the 150 and 160 HP aircooled Lycomings and Continetals we have today.”

“The rotary engine has no valves and really only three moving parts. Crankshafts are short and strong and the rotors and side and tip seals have been improved to the point that a 3000 hour TBO is expected.”

A 3,000 hour TBO seems to be in the realm of reality considering the physics of the design. Our experiences with owners of RX-7s, salvage yard engines and past engine development work tend to support such durability claims.

Another source of interesting information surrounding a rotary engine is the advertisement in Car and Driver, November. 1990. pages 59-61. in which Mazda stands firm on rotary reliability: “While most pit crews are busy rebuilding or installing new piston engines after each race, the RX-7 rotary engine is com­pleting entire race seasons without so much as a tuning”.

False advertising … we think not.

Dave McCluskey has been associated with us for five years, donating at times his skills to help Ross Aero with everything from the Mooney test-bed, to the machine shop, to the administrative end of the business. He is intimately acquainted with our product offerings. His association enhances our ability to respond to customers orders.

At the date of this article a test development stand for the V/8 Buick 215 conversion, an engine mount to fit a Beachner V/8 special installation, and an engine mount for Bob Yeakey’s 6 cylinder Subaru powered T-18 were being built.

He also owns his own company, Works Research and Develop­ment, which specializes in high precision metal fabrication, including intake and exhaust manifolds. Dave recently acquired a state of the art plasma arc cutter, which makes short work of difficult fabrication parts required for custom conversions. 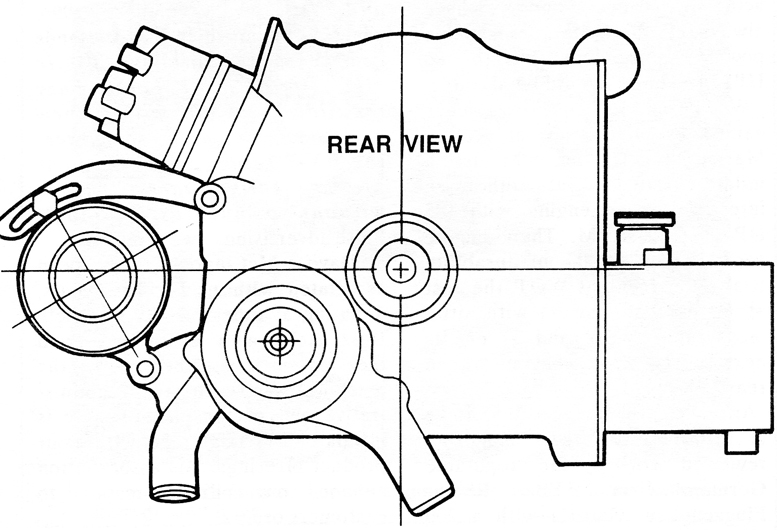 We have held our prices without an increase since 1983. Since most of our original customers made maintenance, light weight, negligible thrust and radial loads on the stock crankshaft journal bearings among others.

The question of engine torsional resonance is a legitimate one and one often raised. The Ross Aero gear reduction units contain mechanical elements which absorb power impulses, effectively isolating the gears from the crankshaft and the propeller. The exploded view illustrates their relative location.

The contest sponsored by aircraft Spruce was a big step in the right direction. We do not expect a “conversion” to auto power until airplane designers who specify engines give us and our competitors a nod.

Burt Rutan’s remarks at Oshkosh ’89 concerning auto engine advances were most appreciated. We decry the attitude of some designers who actually take vocal stands against arrangements for partial payments so we have decided to make the policy official.

The buyer basically specifies the terms he or she can handle including the amount down (we would like 30 to 50 percent but it is not required), and interval of installment payments.

We offer this flexibility because we know that homebuilders’ financial situations are unique. We wish to make our offerings available to all who want them. Ross Aero experience is that the typical homebuilder is extremely honest, sincere and reliable. We consider the program a real success, and have many people buying “on time”. We do not bump up prices because of inflation or charge interest either!

Our customers are extremely important to us and their contributions to the effort far outweigh any incremental cost increases we absorb. The people who buy in this fashion usually have some time before they require the reduction drive kit. Delivery is scheduled to their needs. 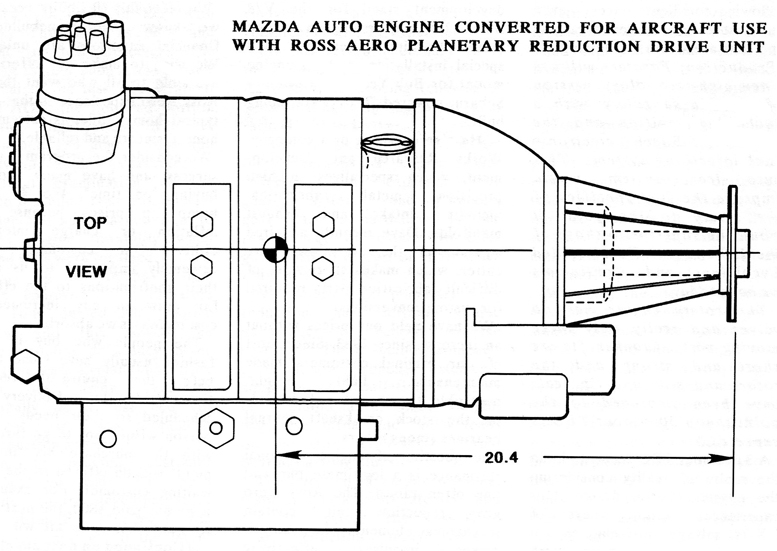 If a person wishes not to go through with the purchase his “investment” will be offered to the next waiting customer. For example, if he has paid $800, the next man to want that style kit will “buy out” by sending his first $800 to the man who wants out.

Our sales have increased and we feel it is because we have removed the intimidation of having to have big money in one place at one time! Those who want the unit “right now” either prepay or make a small number of large payments. We maintain an inventory of select component parts and a wait of over six weeks would be unusual on a prepaid order.

Complete installation instructions are shipped with each order. At the present, Ross Aero gear reduction units span engines with horsepower between 40 and 400, with 15 engine types adapted to gear reduction drives and units in a variety of output configurations and reduction ratios.

We are developing smaller, low cost gear reduction units for the smaller horsepower engines. These units will retain all of the features of the larger drive units. Complete installation instructions are shipped with each order. 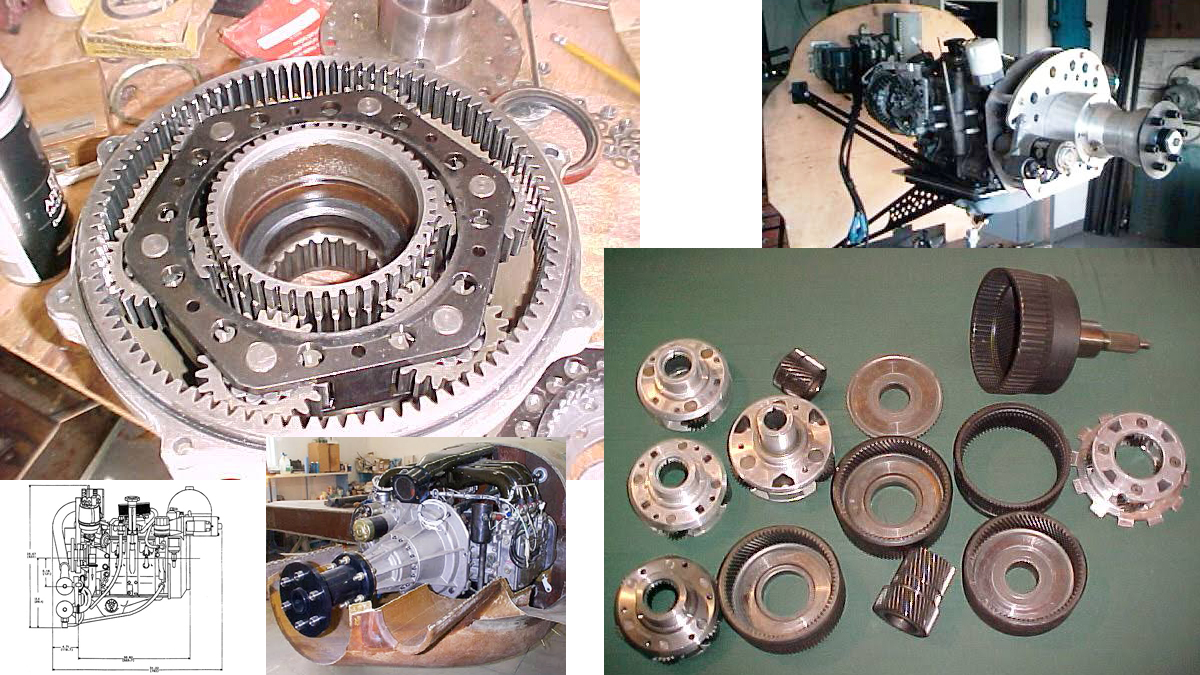