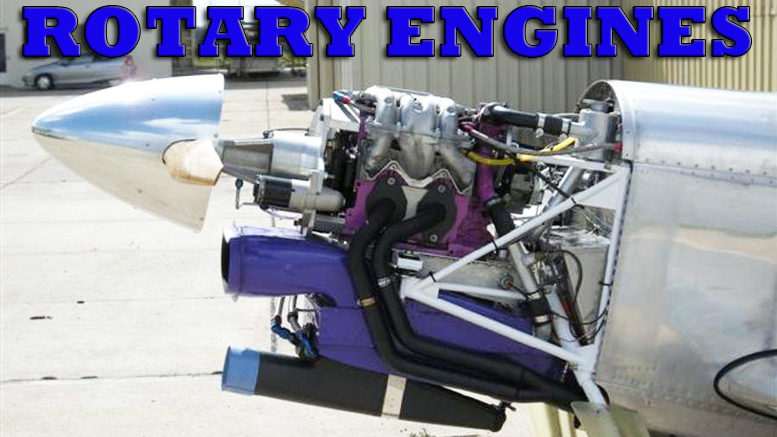 Racing and aviation engine development programs have enjoyed a symbiotic relationship ever since pilots discovered the need for more power. Automobile racing, they quickly found, was a less expensive and safer way to develop and test power improvements.

David Atkins is another engine developer who is transferring successful technology from track to air. Through a specialized engine rebuilding and modification program that has produced something over 1000 engines in the last 12 years, Atkins has found what works for Mazda rotary engines—and what doesn’t.

While horsepower improvement is one of his main development goals, making the engine longer-lived shares equal importance in his eyes. Atkins, you see, is a pilot and airplane builder as well as a racer and engine developer.

One of his more recent aviation projects is a Mazda rotary-powered RV-6, which was completed to flying stage in time for display at Oshkosh ’95. Atkins learned a lot from the construction of the RV-6 and his round trip to Oshkosh in it from his home base at Puyallup, Washington.

For one thing, he’s decided to give the two-seater more power. For another, he’s found that unleaded car gasoline works better in the engine than 100-octane low-lead aviation fuel. 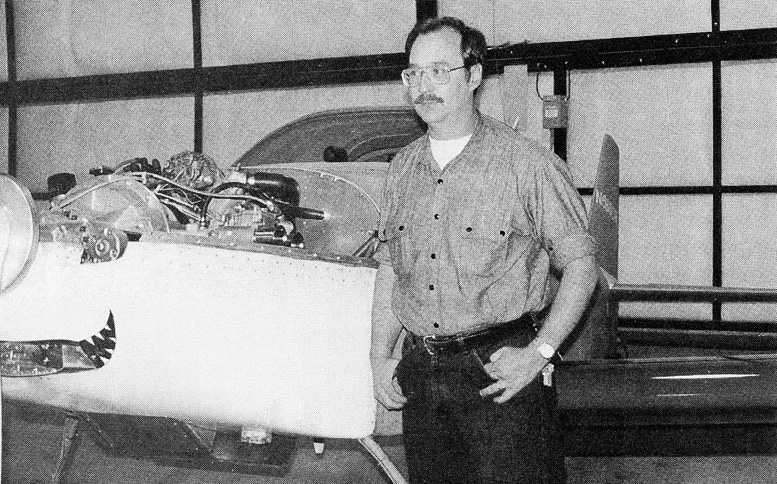 Rotary engine specialist David B. Atkins stands in front of his nearly completed, rotary-powered RV-6 before its flight from Puyallup, Washington, to Oshkosh and back.

And he’s learned the value of a full flight envelope checkout in a new aircraft before embarking on a long jaunt. A prop blade out of track by 0.75 inch caused a severe vibration at normal cruise flight revs, so Atkins cruised at 1500 prop rpm where the thrust was acceptably smooth.

Resetting the three blades on the ground-adjustable prop solved the problem, and Atkins made the return trip in much less time than the outbound journey: Cruise was an easy 150 mph indicated airspeed. Also, following recommendations, Atkins pumped 100-LL fuel through the RV-6 tanks during the trip.

Because he wanted to see what the inside of the engine looked like after his return, he tore it down. “I’ve never seen such strange spark plug colors, nor such lead buildup,” he commented. “Ick!” The reason he selected the Van’s RV-6 design for his demonstrator?

“There are more than a 1000 of them out there now, and any time I have a question about how the airplane should be built or should fly, I can just go ask someone — Is it supposed to do this? Our RV-6 is not yet painted, and it has no gear leg fairings. The Van’s Aircraft people say those fairings will add 10 mph to the top speed,” Atkins noted.

Atkins Aviation is already in production on rotary engine mounts for RV-6/6A and shortly will offer a special intake manifold that adopts a Weber side-draft carburetor to the 13B rotary housing.

The company makes complete engines in varying strengths from the standard auto rebuild through aviation units to road racing and fully supercharged drag racing units. It had sold six aviation engines as this was written.

Atkins has been in the rotary engine business for 12 years, developing a great deal of knowledge and expertise along the way.

Most of his previous effort was in automotive rebuilds and racing performance improvement, but the company recently opened a 3000-square-foot facility at Pierce County Airport (Thun Field) in Puyallup, Washington, to serve the burgeoning aviation market.

“We want to deliver the power and reliability that aircraft builders expect. We want to build a good engine and a fair product with no cooling problems,” Atkins said.

Atkins has built more than 1000 rotary engines—up to 85 a year—for all purposes, both standard RX-7 auto replacement and racing—drag, SCCA road racers. “We give the standard replacement engine buyer twice as long a warranty as the dealer,” Atkins commented.

“We will tailor the engine to the customer’s needs,” Atkins said. “If he needs more than 130 hp, we can improve the output up to 200 hp without really doing a thing inside the engine. We do a lot of modifications to keep the engine alive.”

We do some porting and polishing of the chambers to improve flow of gases. “Inside modifications include cooling jackets and improving the oil lubrication system. The standard cooling design for the rotor housing was designed to handle only short bursts at 100% power and perform all day at 30%.”

If you start leaning on a standard engine all day, it can develop cracks in strategic locations, most noticeably around the spark plugs. It’s just the way the rotor housings were designed. You have to do something to alleviate the heat.

“None of our SCCA (road racing) customers in the last 10 years have had cracks inside the rotor housing. One to 10,000 rpm. He runs so hard he wears out the brakes; he claims he has too much power for the brakes.”

“I build a lot of road racing engines that run 7000 to 8000 rpm all day, and I keep ’em alive for three or four seasons. When the season is over, they just put ’em back on the trailer and go home.”

“If we turbocharge the engine, we do some clearing of the rotor and use race car rotor bearings because they hold a higher volume of oil. We use low-compression rotors on the turbo versions to help them dissipate heat better and reduce thermal loading.”

“When I stalled drag racing a Mazda RX-7, I was told by leading rotary engine specialists that I’d never get below 13 seconds. However, I’ve been running that little 80-cubic-inch 13B in the 10s and over 130 mph for last five years.”

“I use a turbo-supercharged engine in my drag racer. I typically launch off the start line at 8000 rpm and shift at 10,000! I know the engines are reliable because I just unload the car off the trailer and go. I don’t have to do much maintenance on the engine.”

When I lose, I put it on trailer and go home. “Eventually we’ll be able to get into the really fast aircraft like Lancairs and Glasairs with our turbocharged engine, but we’re not ready yet…we’re still working out a few bugs.”

We had it up to 4400 rpm the other day and the wastegate failed to open…it produced 51 inches of manifold pressure! “Many builders I’ve talked to who have put rotary engines in their aircraft have been quietly disappointed in the resulting performance.”

Initially, I was too. But I realized I wasn’t putting the massive horsepower into the aircraft engine that the drag racer produces. “We are rapidly making this engine faster, however. Some ‘experts’ don’t understand how easy it is to get more poop out of the rotaries.”

“I’ve been working on them since 1976, so I’m not exactly the new kid on the block. I am new to such aviation things as prop combinations and how to reduce airframe drag, but I’m learning just as fast as my shrinking pockets will allow.”

For the propeller drive, Atkins uses the Ross Aero planetary gear unit with a 2.17: 1 reduction. A 2.85:1 gear-set is available, but he doesn’t want to run the aviation engines as hard as the racers do. He’s not had any catastrophic failures with the reduction units though getting the starter to work right and halting a couple of oil leaks have been problems.

“We have a belt-drive reduction unit on a Mountain Eagle project down the street but we won’t go into production on that. The belt-drive and the Ross planetary gear drive are about the same weight, so the difference is in the plumbing and how the prop drive comes out of the cowling. The Ross unit has a nice centered prop drive, whereas the belt drive prop hub is off-set from the engine centerline,” Atkins said.

One of Atkins’ customers is Jim Mayfield of Avondale, Arizona, who operates Arizona Rotors, a training facility for gyroplane pilots. Mayfield has the distinction of being the first operator to rack up more than 1000 hours on an Atkins-built aviation rotary.

It was operated in blistering hot weather for two and a half years, typically at 7000 rpm, and Atkins wanted it back for evaluation. So Atkins built up a new engine and shipped it to Mayfield for an easy exchange. When Atkins tore down the returned engine, he found it in really good shape with no cracks.

The 13B installation in the Atkins RV-6 is run up for the first time. The long exhaust expansion pipe is necessary for rotary engines.

The rotor housings were in good shape, so Atkins put in a gasket overhaul kit, replaced some springs and oil control ring rubbers, cleaned up the housing and put it back together. As a result of the inspection/overhaul, Atkins still recommends a time between overhauls (TBO) of 1000 hours. “I think later we can go to 1500 hours,” he added.

As a bonus, Mayfield’s second engine was beefed up. A different carburetor gave it more torque. Now the gyro gets more power at 5800 rpm than the previous engine did at 7000 rpm. Mayfield claims he had to retrain his flight instructors to handle the additional torque.

Look for the Atkins Rotary RV-6 and the Atkins Aviation booth at Sun ‘n Fun ’96 in April. He promises some hefty improvements for both the engines and the RV-6 demonstrator. Also, if there’s a bumblebee painted on the airplane’s tail, ask him about it! 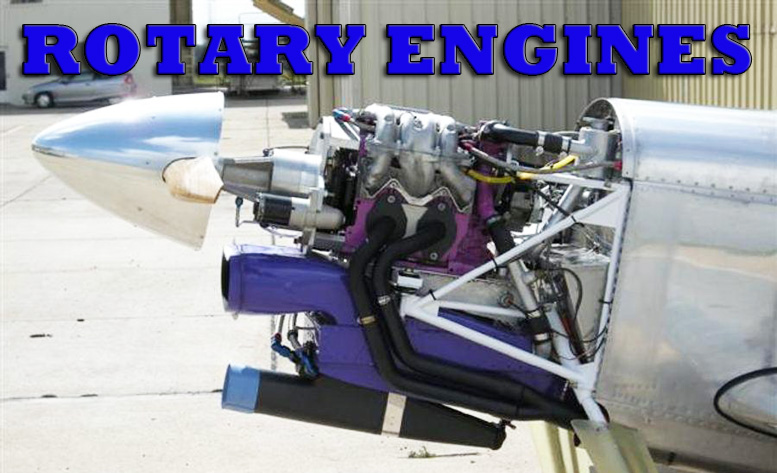 Article Name
David Atkins Finds The Rotary Formula
Description
It was some years ago that David Atkins decided to give rebirth to the rotary engine being used in aircraft. It soon found a following in the RV6 series fixed wing aircraft but can also be seen today on two seater gyrocopters.
Author
Dennis Shattuck
SHARE TWEET PIN SHARE