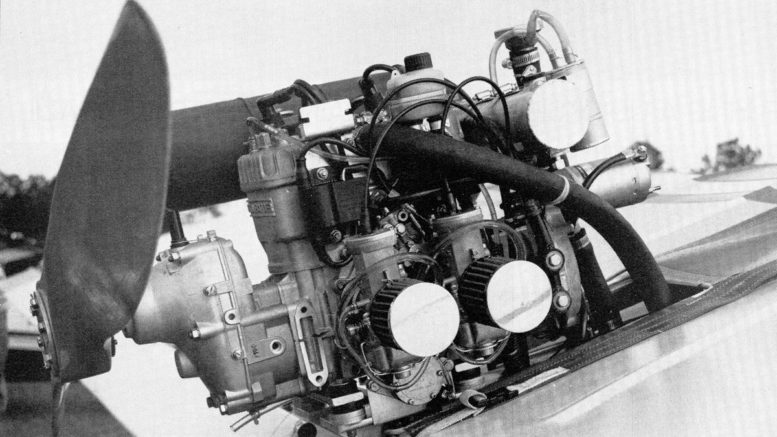 With the right kind of precautions, you can be assured of your Rotax running as well when you turn it over in the spring as when you last shut it down in the fall.

A LITTLE CARE IN THE WINTER CAN PREVENT A LOT OF EXCITEMENT NEXT SPRING.

If you are fortunate enough to live in the Sun Belt, where you can fly your ultralight all year long, then there is no need to winterize the engine. Generally speaking, most engines can’t read the calendar.

On the other hand, if you are like most of us, you live somewhere where it is just too cold to do much open-cockpit flying, or no-cockpit flying in the winter. So there comes a time when the old bird has to be laid up for a few months until the spring thaw.

The big enemies of the Rotax engine are moisture, dirt, corrosive air, and inactivity. In order for your engine to recover from hibernation it is necessary to protect the engine from all these things prior to putting it to bed.

The first step is to see that the engine is protected from the elements. If at all possible, store the engine indoors. Most ultralights can be partially disassembled and stored in a garage, barn, or pump house with the wings removed.

If you can’t do this, then you should seriously consider removing the engine from the airframe so that the engine can be put inside. A day’s work spent on this project will mean a lot to your engine next spring.

If you have a water-cooled engine, there is no need to remove the radiators. Just disconnect the engine and leave the radiators attached to the air-frame. Be sure that the radiators can’t fill with fresh water and freeze.

Either plug all the openings, or leave an opening at the lowest point so that any water that enters can drain out. If you must leave the engine attached to an airframe parked outdoors, be sure to cover it with several layers of waterproof tarp, and follow the rest of the winterizing procedures with triple vigor.

Regardless of how carefully you cover the engine, water will get in and as spring comes the engine cover will heat up like a miniature sauna. The first and most important step is to be sure that all the gasoline is removed from the carburetor float chambers. Snap these off and empty them.

There is no need to put any type of rust inhibitor in the float chambers because the thin film from the oil in the gasoline will work perfectly. Next, change the oil in the gear box and put fresh oil in the rotary valve mechanism.

The old oil will contain moisture from condensation so there is no point in storing the engine with this in it. If you don’t want to store the engine with the oil in it, you can pour it out and a thin coating will remain. There are three schools of thought when it comes to protecting the cylinder walls from moisture.

Of course, if you live somewhere near the beach, where salt air could be a problem, you should put something inside of the engine to “pickle” it. Whatever you choose to do, don’t let anyone pull on the starter or spin the propeller once the engine is in storage.

To do this will cause the piston rings to scrape the cylinder walls dry and rust and corrosion will begin immediately. Should someone inadvertently move the engine after it is stored, it then becomes very important to re-coat the cylinder walls with some sort of light oil.

A final thing would be to give the entire outside of the engine a good coating of WD-40. Though the aluminum engine block and parts will not rust, they will develop a furry white corrosion which is the aluminum equivalent. Use caution with WD-40 and other rust preventative products, though. Most contain a varnish that coats the item when it dries.

Though this is fine for the outside of things, it can raise hell on the innards. Don’t spray WD-40 into any holes. The final point about storage is to put the engine where the temperature will remain relatively constant and where there will be minimum moisture.

Also, as mentioned earlier, put it far enough away so that someone won’t yank on the starter in February and suck a load of damp winter air into the engine. Because the engine is heavy, there is a tendency to store it on the floor, but this is the worst place because of dampness.

If your engine is equipped with a breaker-less CDI ignition system then there is no winterization required. But if you have one of the older engines, it is a good idea to remove cover, clean the area around the points, give the cam a light coating of lubricant and store the engine with the points open.

If you leave the cover off, it will not only remind you to service the points before the first flight, but it will keep someone from yanking on the starter. Most of all, this is just common sense. But every spring there is a rash of ultralight accidents following the first flight of the year.

Most engines will fire up and run for a little while, regardless of how poorly they have been stored. This fact has lured a lot of intrepid airmen into short and spectacular flights. An ounce of prevention when the leaves turn gold can prevent a ride on the BRS in Apple Blossom time. 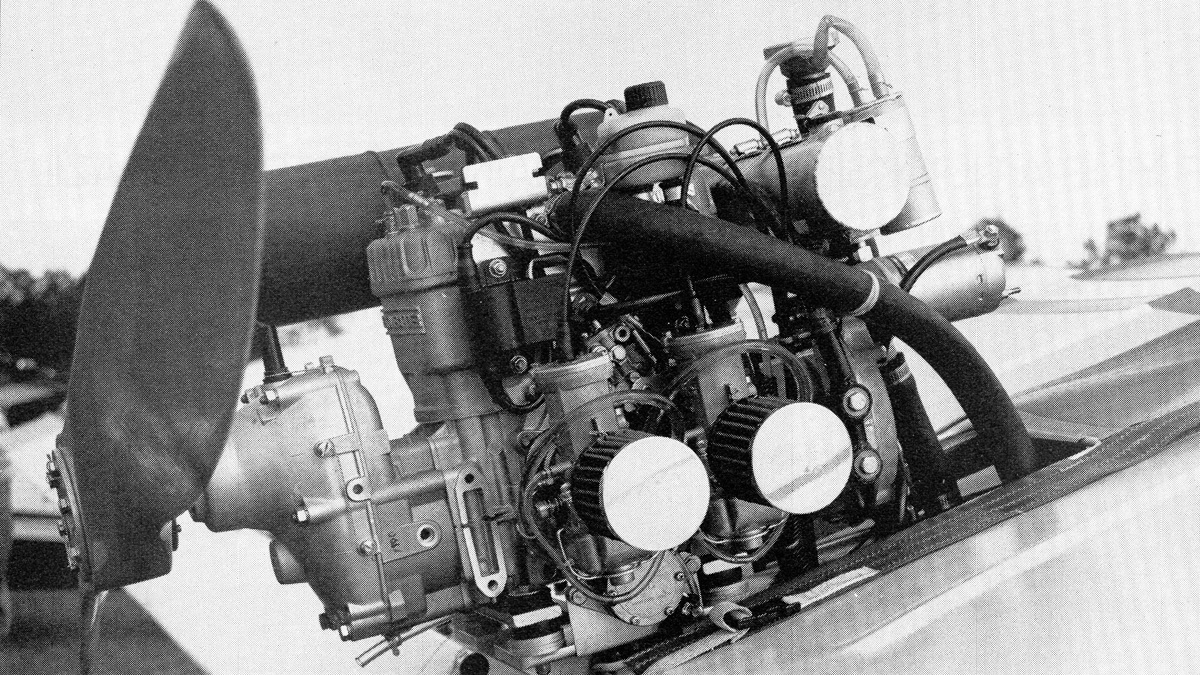 Article Name
Winterizing The Rotax Two Stroke Engine
Description
Looking after your engine is like looking after your heart - neglect it and who knows what will happen? The Rotax is no different and having a winterizing program is inclusively important in it's overall health.
Author
Robert N. Williams
SHARE TWEET PIN SHARE