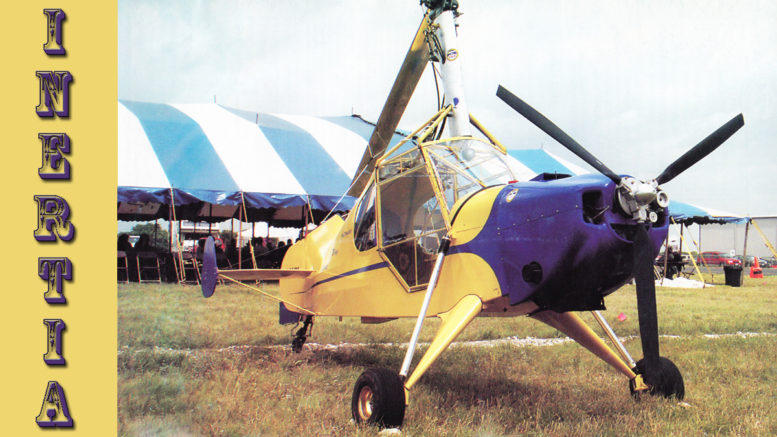 Inertia is an interesting term that is often heard around rotorcraft crowds. Mostly it is heard when discus­sions of rotor blades are occurring. People will talk about high inertia blades. However, inertia is operating in other areas of gyroplane flight and not noticed or recognized for what it is or what it does.

The term inertia is highly misunderstood and there­ fore often misused. Inertia is Newton’s First Law of Motion. It states that an object at rest remains at rest and an object in motion remains in motion, unless acted on by an outside force.

The law describes a property of matter and not a quantity that can be measured. It has no units. It is just a descriptive law of motion. The practical applica­tion of the law is that the more inertia an object posses, the more time it takes the object to change its state of motion; e.g., speed up or slow down.

A common middle school definition of matter is defined as anything that takes up space and has weight. Most of us still recall this, because our general science teachers really pounded it into our heads.

It was our first introduction to the definition and most likely our last. Moving on into high school, many students did not take an upper level science course or physics. In high school physics we learned to redefine our definition of matter in terms of its proportional properties.

A common method of measuring the quantity of matter is to compare it to the known standard unit of mass called kilogram. Gravity, since it is a force, can be meas­ured by the acceleration it produces on another object. This follows Newton’s Second Law of Motion, the Law of Acceleration, F = ma.

Poor old inertia, however, remains by itself with no units or direct ways to determine it [you can indirectly determine the amount of inertia using an inertial balance to measure how inertia affects another measurable quantity].

One dramatic demonstration of inertia is the trick of pulling a tablecloth out from under table settings of sil­verware and dishes. The cloth is rapidly jerked away and everything on the table remains in place undisturbed. If the cloth is pulled gently and evenly, all of the place settings travel along with the cloth.

The “trick” only works if the place settings are very massive [heavy], therefore contain­ing lots of inertia. Try pulling the cloth out from under paper plates and plastic utensils. The results would be very different.

You are probably thinking by now what does this have to do with gyroplanes? Rotorcraft are interesting air­craft, because unlike airplanes, they actually have two iner­tial halves to them. The teeter bolt separates the halves. Above the bolt is the rotor disc and below the bolt is the air­ frame.

The airframe with engine and pilot is much more massive than the rotor disc. Consequently, the two halves will respond to the same input force at different time rates because of different amounts of inertia.

In level un-accelerated flight, the sum of forces is zero. Changing power is a change of force to the system affecting both halves. If your aircraft is to remain under stable control, meaning that no adjustment of cyclic input is required, both inertial halves must change together.

This can only happen if the power change is very gradual giving time for both halves to readjust together. The more quickly you change the force the greater the required time both inertial masses require readjusting to a new equilibrium.

You will notice this affect several places during your flight. The first is in making a rapid power reduction while in the air. The rotor slows very quickly due to little inertial mass while the airframe takes much longer to slow due to high inertial mass.

Remember that the two halves are hinged through the teeter bolt allowing them to operate almost independently of each other. A dangerous result of this difference is that the airframe continues moving forward out in front of the rotor disc.

Then it starts swinging up causing the rotor disc to increase its angle of attack. This increased tilting back of the rotor disc causes a very abrupt loss of airspeed accompanied by an increase in altitude. Now more control inputs are required to recover air­ speed and you are playing fix-it.

The second place the inertial affects can be seen is during a high-speed taxi. When the power is chopped, the rotor slows much quicker than the airframe. The ship (and pilot) will continue to roll out in front of the rotor disc and then swing up.

However, as the swing continues up the tail wheel limits the swing as it hits the runway. (Obviously, this is not an experiment to attempt—just take my word for it this time.)
These inertial influences can be greatly minimized to the point where one might not even notice them.

All that is needed is to make power changes slowly and smoothly. This gives both inertial halves the necessary time to make the changes together. Experienced pilots can make rapid power changes safely, but it requires two inputs at the same time.

If you make a rapid power reduction, counter the forward swing by immediate forward stick pressure. This control input causes a nose down response that cancels out the swing up. If this is done properly, you will begin an immediate descent with no change in airspeed. Remember that power is altitude control!

In the above paragraph, focus on the term “experi­enced pilots” and if you are not firmly placed in this classi­fication, either do not attempt the maneuver or better yet, get specific training from your favorite CFI.

CAUTION: Be patient and master each stage of flying before venturing on. The longer you are in aviation the more you find out you are never as good as you think you are. It is often said that a superior pilot uses his superior knowledge to stay out of situations that would require his superior skills.

Remember, “The air, even more so than the sea, is most unforgiving for the slightest mistake.” Get qualified flight instruction before getting into a gyrocopter. Skillful pilots make it look easy, but it is not quick and easy to learn. 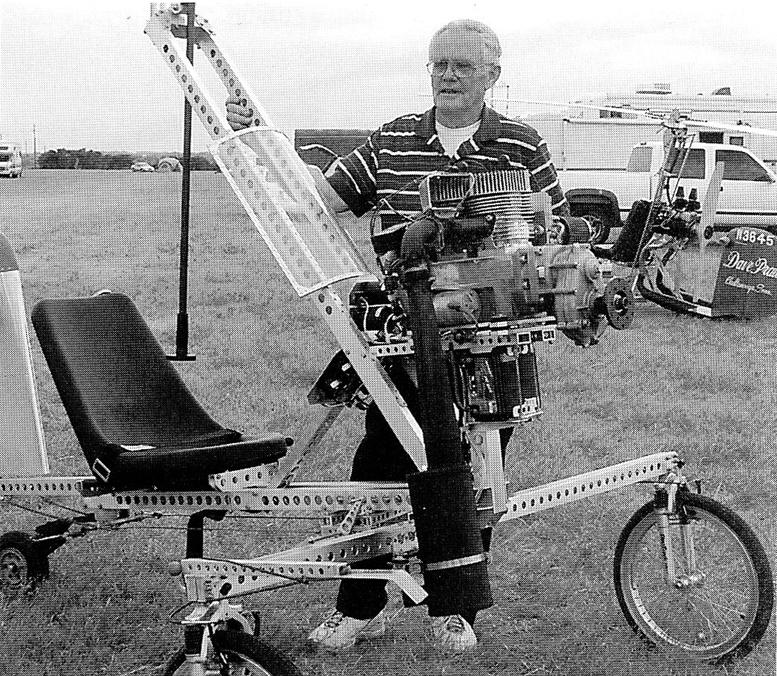 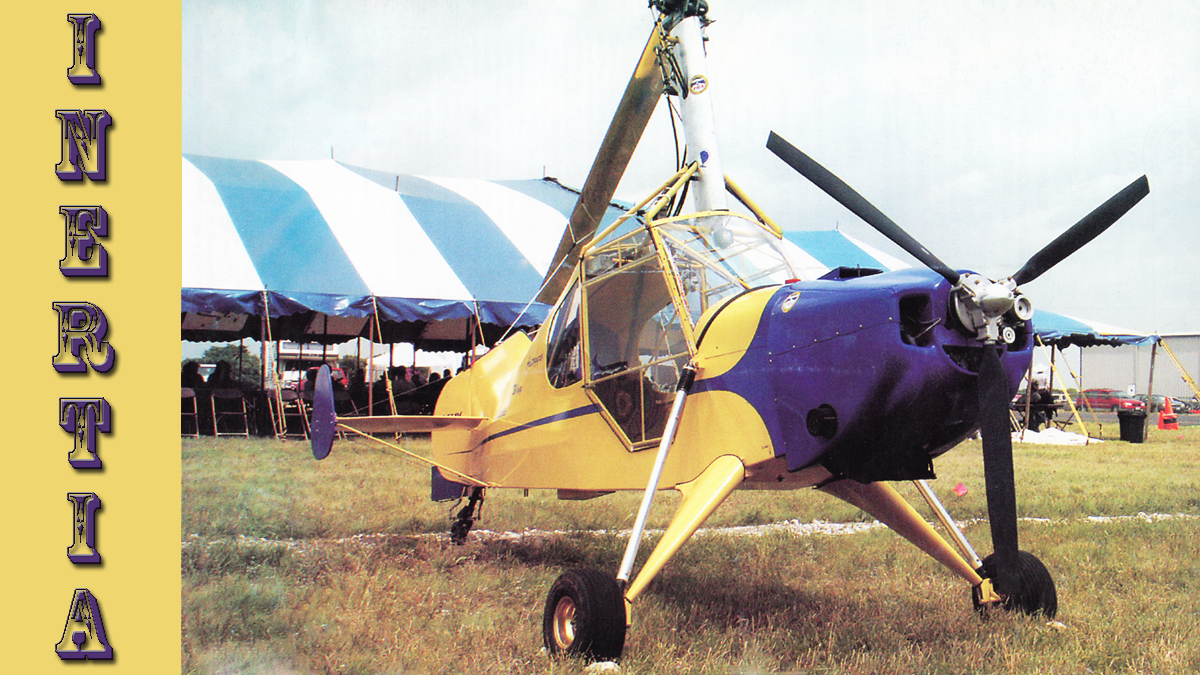