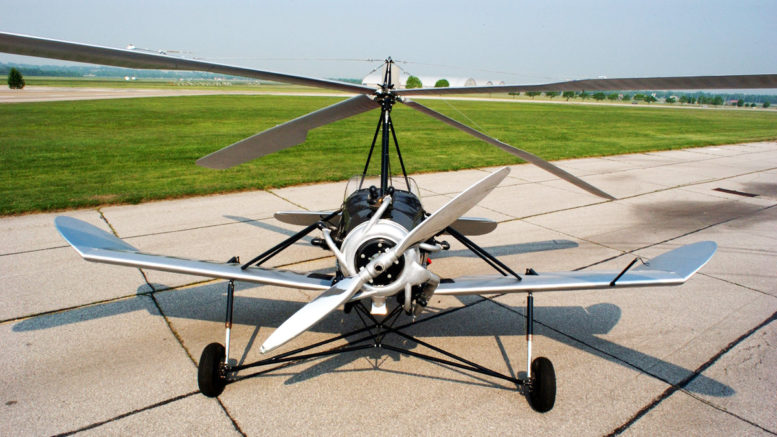 Lots of hard-working, far-sighted folk believe that the development of small, low-cost helicopters or autogiros is an absolute must . . here is a glimpse of what’s happening among rotorcraft. 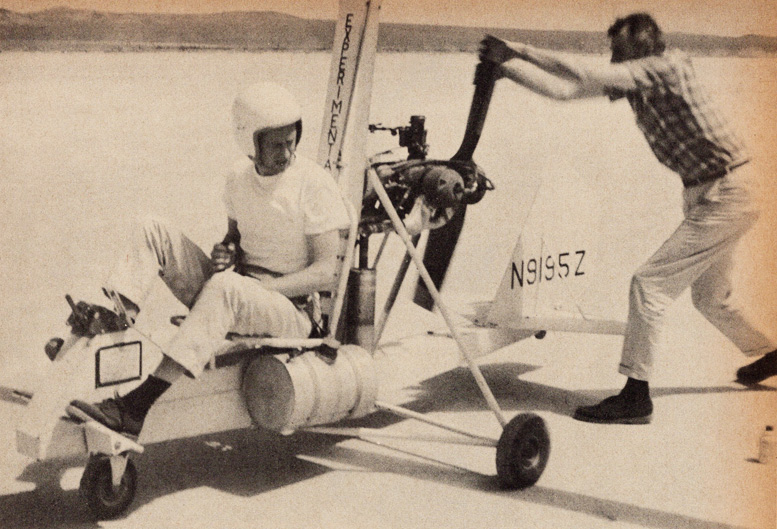 Harold Emigh Sr hovers at 10 feet in current deluxe version of the Commuter Jr. Emigh is teaching himself to fly rotary wings in phases (he has 15,000 hours as fixed-wing pilot). Enclosed cabin, 90-hp Continental powerplant (left); with dual 6-gal fuel tanks it grosses out at 950-lb. Drawings, basic rotor systems, and/or kits are no longer available. 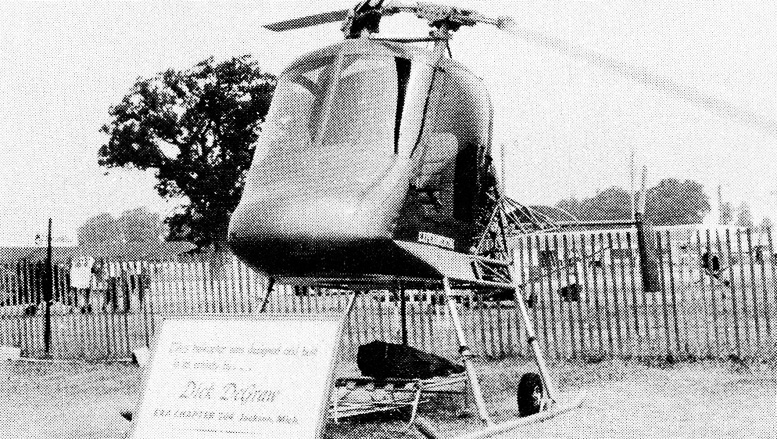 As soon as Dick DeGraw earns his helicopter rating, he’ll be able to take friends up with him in his twin rotor, VW powered helicopter (2 seater helicopter 1984) 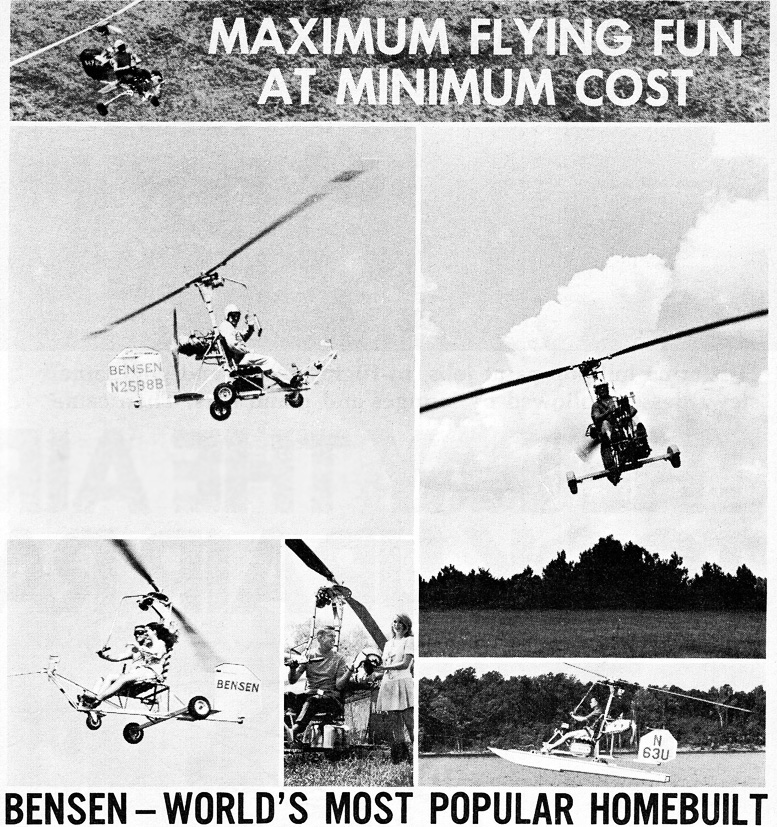 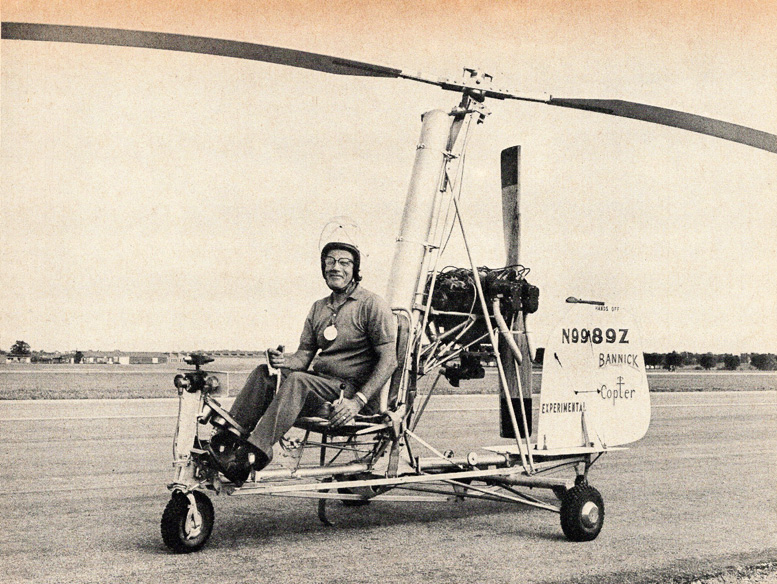 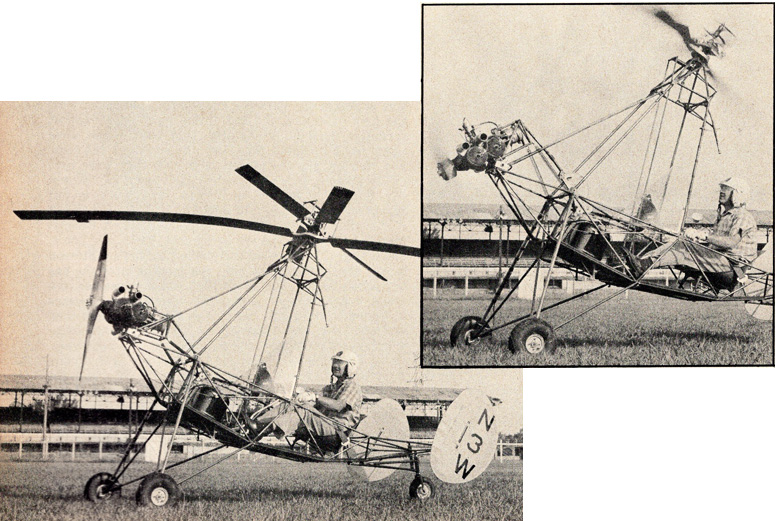 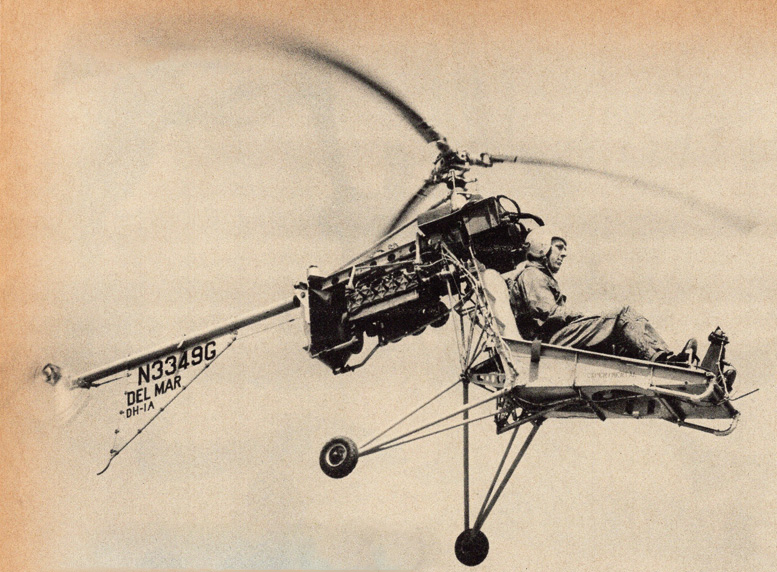 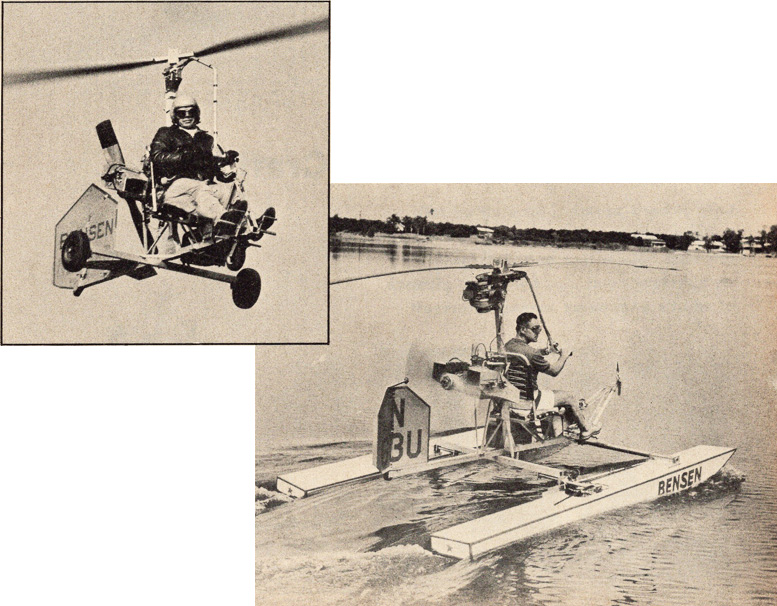 LEFT: Bensen B-8 gyrocopter with engine switched off and prop stopped (above). Rotor continues to spin in autorotation. Bensen designs are built and flown under the “Amateur-Built, Experimental” category. In ten years Bensen has sold more than 20,000 sets of construction plans and about 5,000 kits. Outfit has made and test-flown 400 ready-to-fly machines, most of which were sold to customers overseas. Both private individuals and government agencies have been the foreign buyers.
RIGHT: Floats of the Bensen Hydrocopter (right) are designed to plane at 10-mph. When not airborne, craft acts as a combined air-boat and catamaran, scooting across the water at 55-mph. To further interest in rotorcraft for personal flying, Bensen has sponsored the Popular Rotorcraft Association. First fly-in last year at North Carolina airport drew 275 members and 15 rotorcraft. 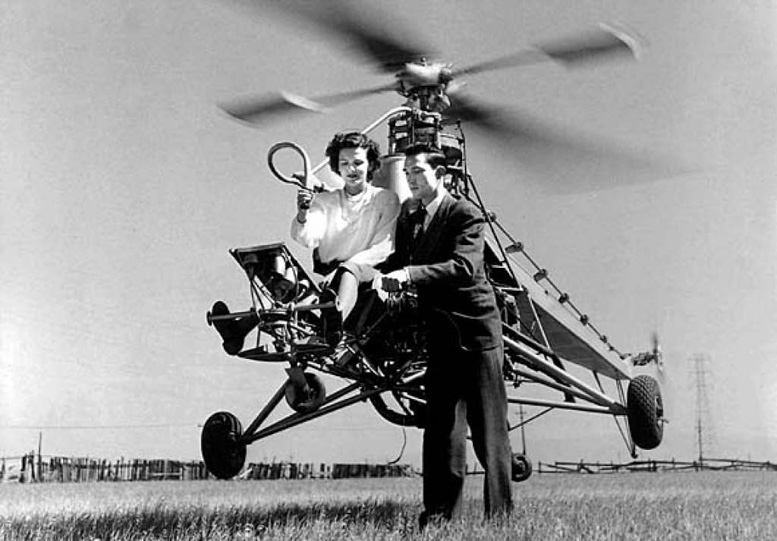 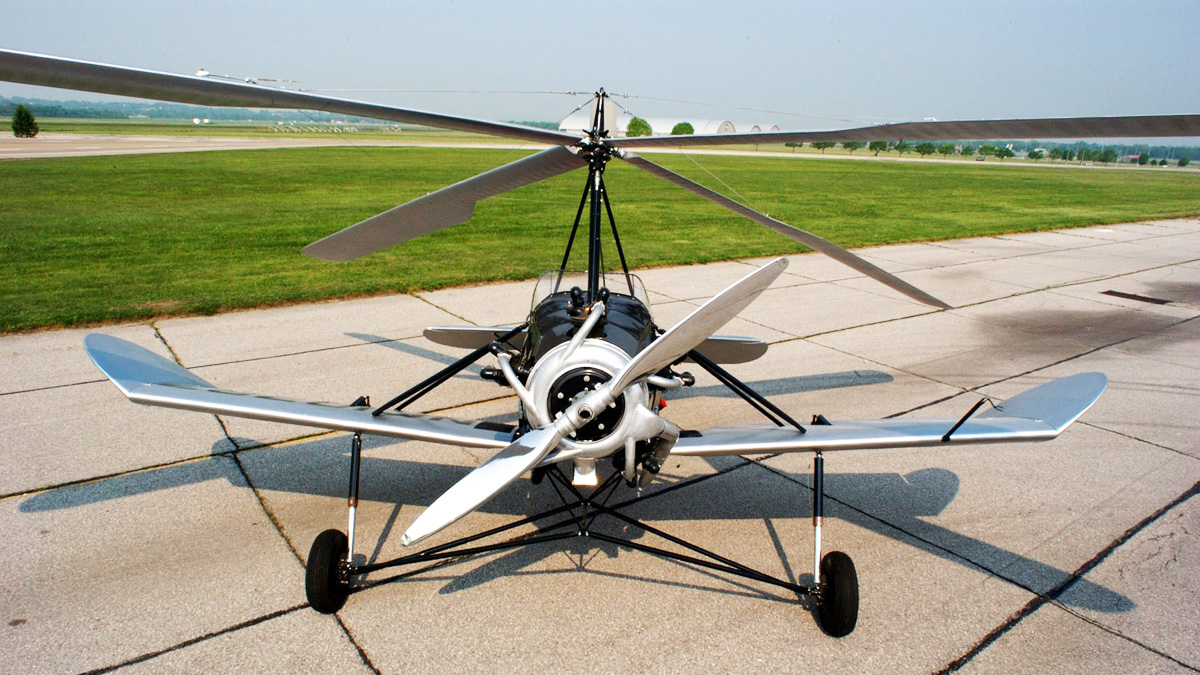 Be the first to comment on "One-Man Rotary Wing Craft"