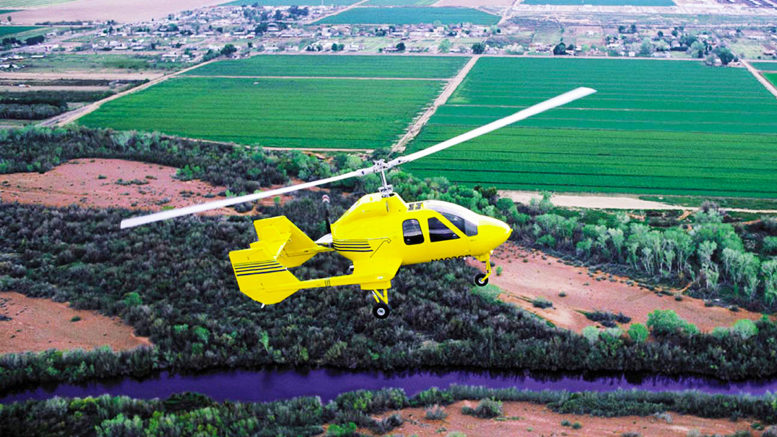 DECEMBER 1991 – The Hawk Gyroplane has been under development for approximately five years and will ultimately be certified. The development effort has been relatively low keyed and only limited information has been available. Combined with brief articles in other aviation publications and a recent telephone interview with president, Jay Groen we have managed to piece together the Hawk story.

Groen Brothers Aviation, Inc. which is listed in the NASD Bulletin as a public company was formed by Jay and David Groen to develop the Hawk Autogyro which will be the first certified gyroplane since the early sixties. The McCulloch J2 and Air & Space 18A are the only two gyroplanes that have been certified since the Pitcairn and Kellet ships of the forties, and only a few dozen copies of both ships were produced. The 18A is now back in limited production by Farrington Aircraft in Paducah, Kentucky. 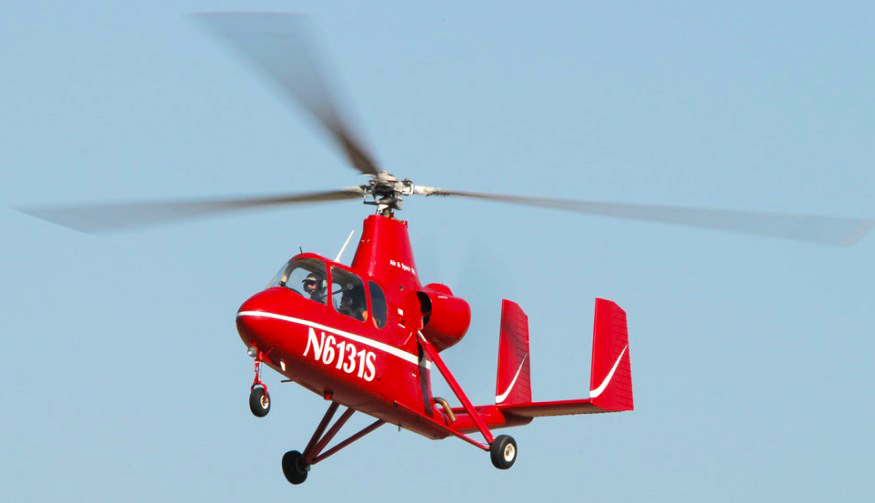 Both the J2 and 18A utilize helicopter type three blade rotor systems which added complexity and expense. The secret to the Hawk is a semi-rigid, two blade rotor system similar to the classic Bensen design but with a collective pitch control. A patent has been applied for the rotor system which will provide the ship with a jump take-off capability. In addition, a collective pitch control will allow the blade pitch to be decreased to allow a higher cruise speed and provide a helicopter style, zero roll landing.

The combination of a light weight, streamlined airframe and the low drag rotor system will produce an estimated top speed of 160 Mph and cruise of 140 on the Hawk Gyroplane. Predictions are based on computer modeling, but if you think those figures are overly optimistic, take a look at the performance specs for some of the Pitcairn Autogiros. Harold Pitcairn developed at least two models that would reach 150 Mph top speed, and that was some fifty years ago. 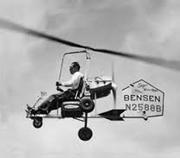 The typical gyroplane design has been essentially dormant for half a century except for the Bensen style gyros which are designed for recreational use. It is time for the gyroplane to regain its place in the aviation community, and if Groen Brothers Aviation is successful the Hawk Autogyro will pick up where the Pitcairn left off, providing an inexpensive alternative to the pure helicopter.

Jay and David have three models planned – the single seat LA which is targeted for the agricultural market, the 2A two place side-by-side model which will be ideal for police surveillance, training, and sport flying; and, a five place (Model 5A) which will satisfy the requirements for air taxi service and also serve as a good cross country ship.

Jay says he also sees the Hawk ships as ideal candidates for flying clubs since operating costs are comparable to typical fixed wing aircraft. Operating costs are approximately $34 per hour for the 1A and 2A. That $34/hour includes $10/hour for engine overhaul.

The Hawk Autogyros could perform many of the services now being accomplished by light helicopters at significantly lower acquisition and operating costs. The projected price of the single place 1A is $110,000 and the 2A is only an additional $10,000.

Those prices also include standard avionics and instrumentation which are very competitive with similarly equipped two or four place, fixed gear, fixed wing aircraft. Coupled with an operating cost of around $34 per hour, a vertical take-off and landing capability, and a cruise speed of 140 Mph this writer would certainly choose the Hawk Gyroplane over a typical Wichita spam can for recreational or business flying. 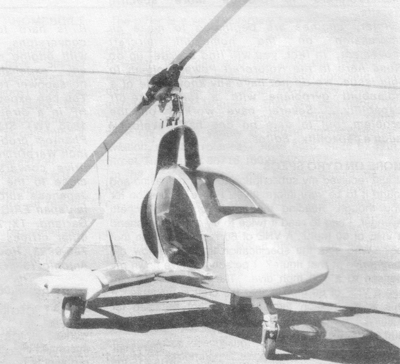 The rotor system with collective pitch control has been lest flown on an open frame gyroplane with satisfactory results and a prototype model 1A has been completed. Based on their projected certification time frame of 18-24 months Groen Brothers predict deliveries will start in I993. FAA certification is a long, drawn out process – all it takes is time and money (a big bundle of money).

To cite an example, a local company here in Albuquerque spent approximately three years and two million dollars on a fixed wing, two place ship and then put it on the back burner due to lack of funds. Groen Brothers Aviation has had two FAA representatives working with them which may speed up the certification process. Jay says that combined with the simplicity of the gyroplane and the use of conventional aircraft construction methods they think the certification process will be minimized and feel confident about completion within the 18-24 month time frame. 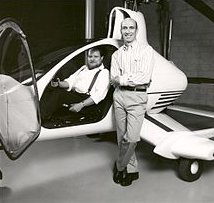 The inverted V tail section on the Hawk Gyroplane also reduces drag by having one less surface. The stub wings coupled with the large inverted tail keep the center of pressure behind the rotor head and provide good pitch stability. The single and two place models will be powered by a Lycoming 0-360 (180-200 HP) and the 5A will utilize an 0-540 which develops 260-300 HP.

Construction of the Hawk Gyroplane is essentially semi-monocoque with a welded steel tube mast section. The nose cone, engine cowling, and fairings are composite; and, the rotor blades are of all metal construction.

The Hawk Autogyro certainly looks like a winner, but there are still a lot of obstacles to overcome like getting the FAA’s blessing, setting up a production facility, and obtaining sufficient investment capital.

For the Hawk Gyroplane, the time is ripe – all that is needed is the right ingredients, a lot of hard work, and a little luck. The ingredients certainly look good, and land has been acquired for a manufacturing facility in Toole, Utah. We wish Jay and David, and their small group of employees a lot of luck in pulling it off. 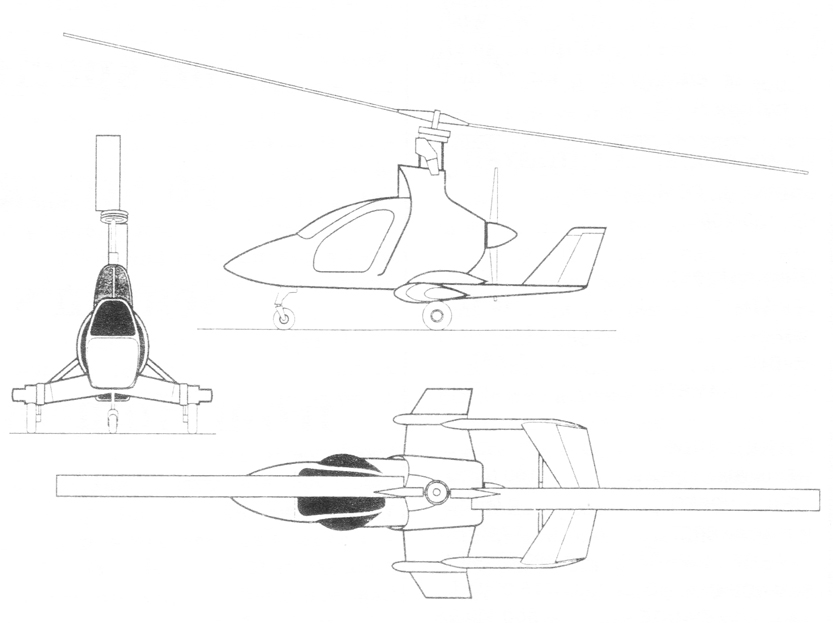 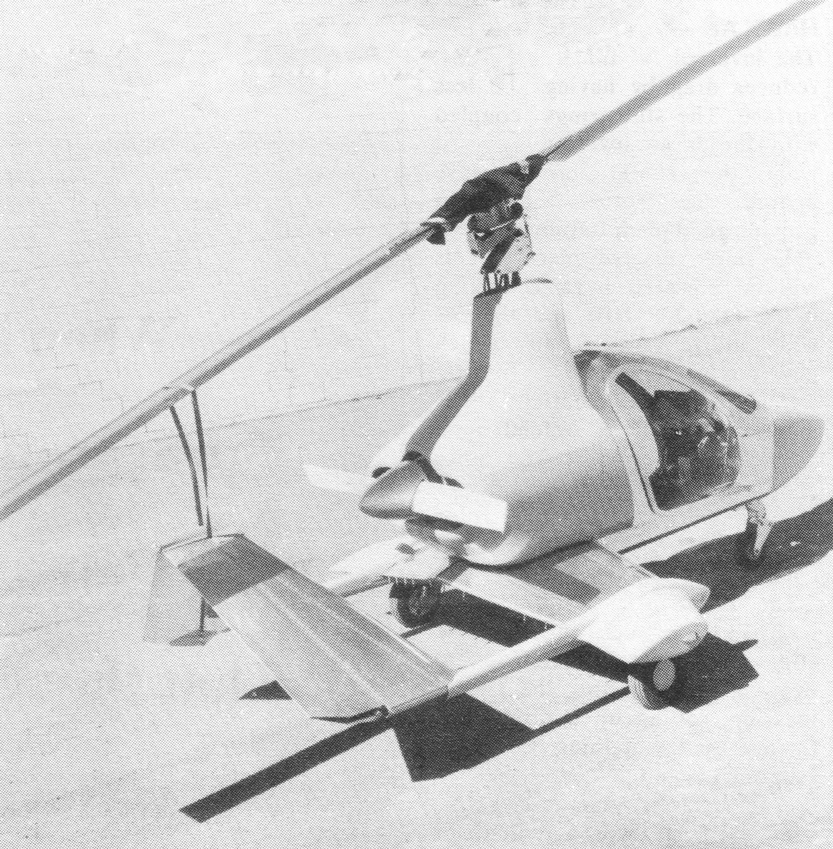