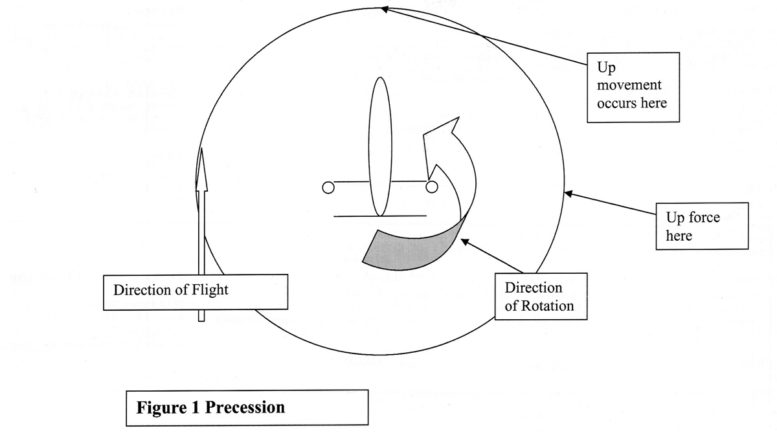 If you follow the postings in the “Forum,” or talk with pilots in general and gyro pilots in particular about how the controls of a gyroplane work, you uncover a vast store­ house of aeronautical ignorance. A lot of folk think you control the gyro by shifting the weight hanging under the rotor. Stick with me, I think I can clear this up, and you’ll never see my fingers leave my hand!

Two or three ‘givens’ to start with:

The amount of lift each blade produces depends on how fast the air is moving across it, the angle at which it meets the wind, and some other stuff, which we can ignore for now. If we hold the speed constant the only thing that changes is the angle, and as you’ll see in just a minute, we have a way to change the angle. The lift is tilted slightly forward along part of each rotor blade, and pulls the blade forward, keeping the rotor spinning.

A spinning rotor is, among other things, a big gyro­ scope. You may have played with a gyroscopic toy as a kid, or spun a wheel from your bike and watched how it behaved as you tried to move the spinning wheel around. A gyro­ scope has two properties that interest us as gyro flyers.

First of all, a gyroscope has rigidity in space. This means that if we spin it in a certain position, it wants to stay in that position.

Secondly, a gyroscope has a quality called preces­sion. Precession means that if we attempt to move the gyro­ scope, it will try to remain in a fixed position, or rigid in space. And it will not move in the direction we try to move it but will move the in same direction 90 degrees later in the plane of rotation. 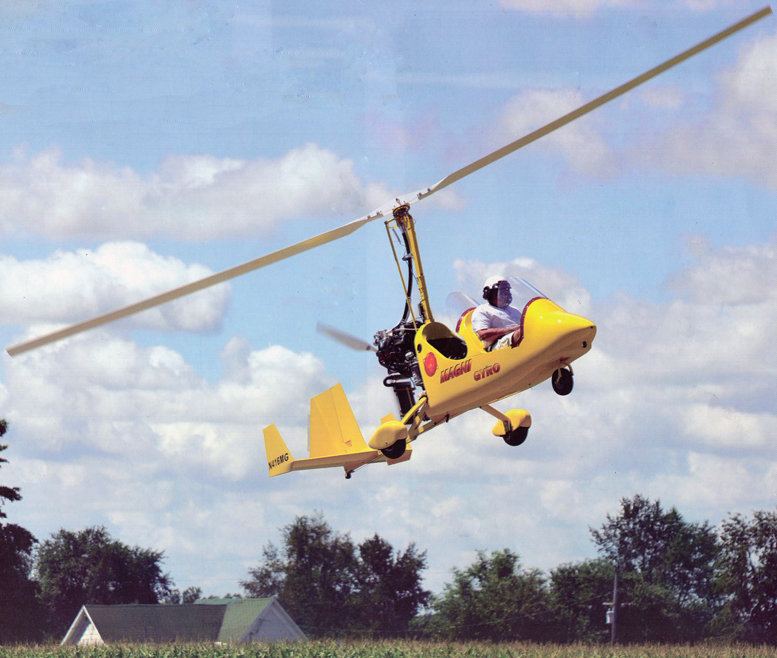 Imagine holding a spinning bicycle wheel by the ends of the axle. The axle is horizontal, and the top of the wheel is spinning away from you. If you try to “bank” the wheel to the left, by moving the left end of the axle down and the right end up, the wheel will not bank. Rather, it will “yaw” or change its “heading” to the left. This is precession.

OK, so our rotor is spinning horizontally. The blade on our right is moving forward (advancing blade,) and the blade on our left is moving backward (retreating blade.) Applying a weight shift to the rear would not cause a fore-and-aft tilt, but would result in the disc tilting to the right. So weight shift would not do it, and if it did, it would be very confusing to have to shift our weight left and right on order to tilt the disc fore and aft. 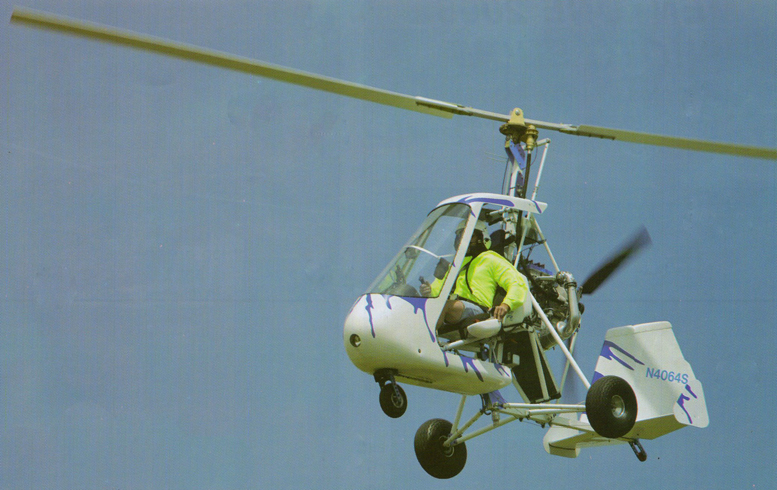 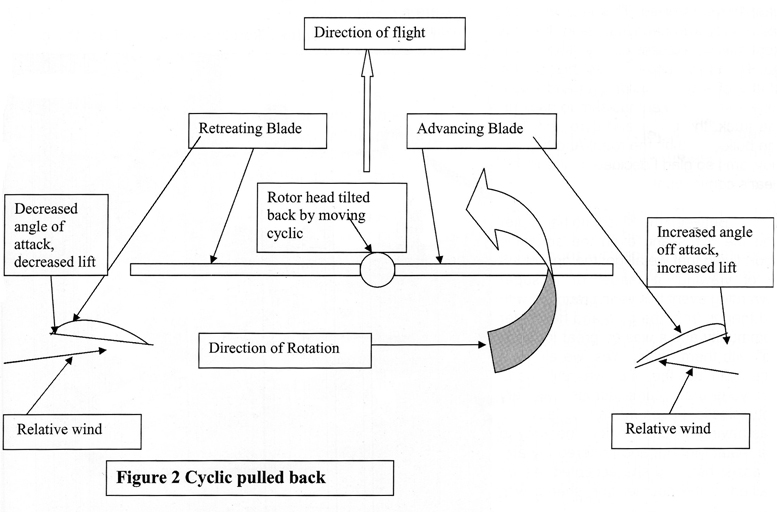 Because of rigidity in space, the disc won’t tilt to the left, but precession will cause the up force we applied on the right side to cause an upward movement 90 degrees later in the plane of rotation and tilt the disc back, which is what we wanted when we pulled the cyclic back in the first place.

Now freeze-frame the blade again as it crosses the nose and tail of the gyro. Tilting the rotor head back has no effect on the side-to-side tilt, or angle of attack of the blade, so the rotor disc doesn’t bank left or right when we pull the stick back. 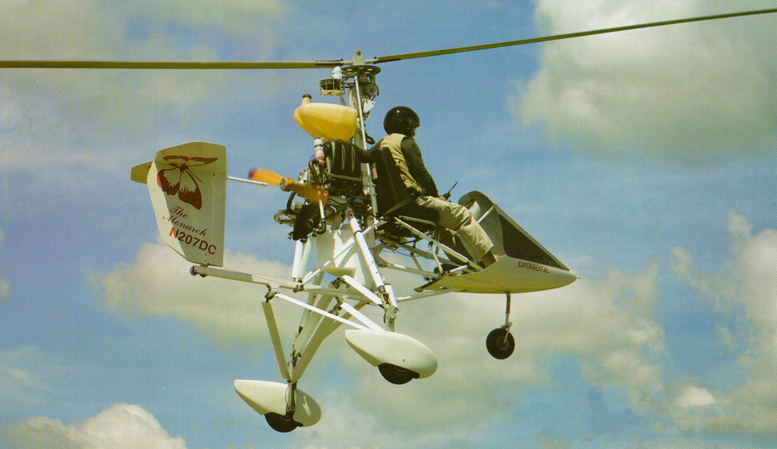 The same thing happens when we move the stick from side to side, except that now we tilt the rotor head when the blades are fore and aft, and the force is applied fore and aft. The movement occurs 90 degrees later in the plane of rotation, and the disc tilts left and right.

Clear? Go pull a wheel off the kid’s bike, and wave your hands around. Think about it a little, and it’ll make per­ fect sense. And you won’t ever get caught talking weight shift nonsense for controlling a gyro. 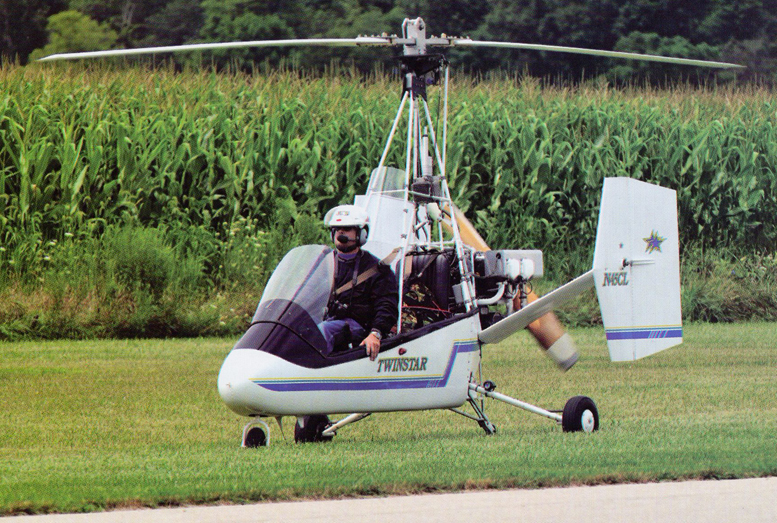 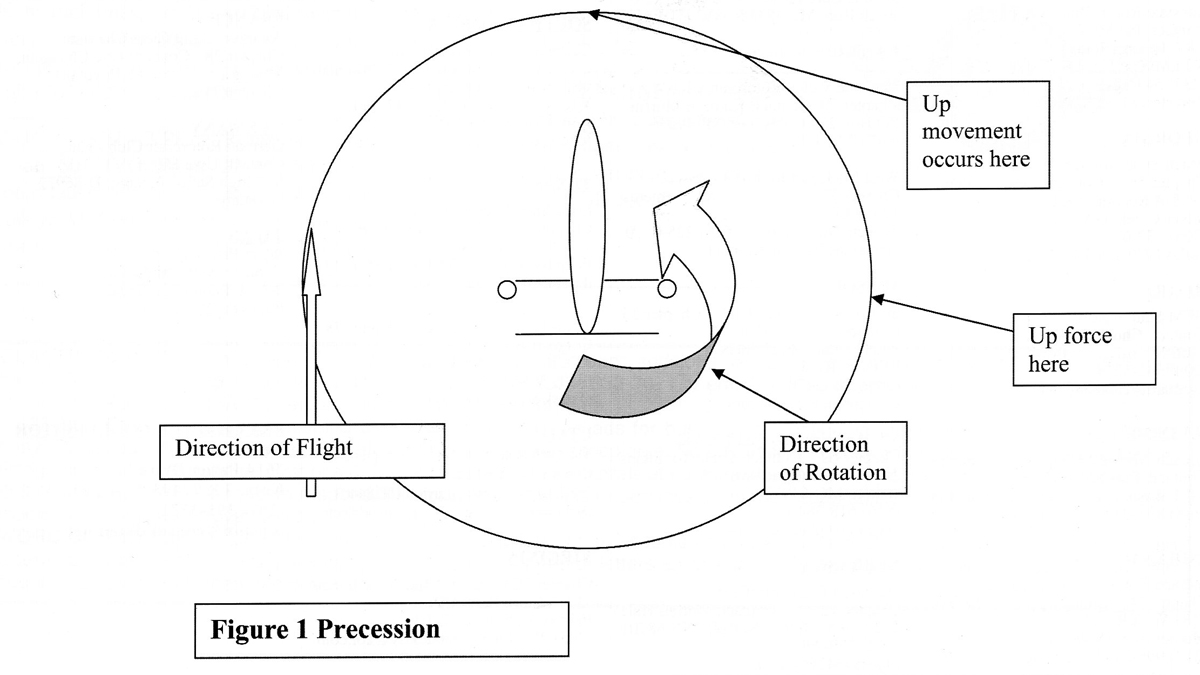 Be the first to comment on "Flying the Rotor"