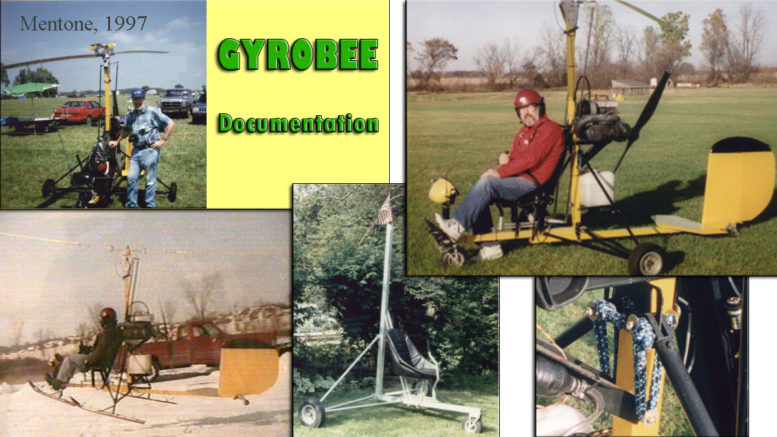 The Gyrobee has never been a commercial project and, in the past, I made the documentation drawings available on loan, via the mail. This was an increasingly expensive option for me, as I paid for the postage out and, occasionally, the documentation books would not come back and thus required replacement! To avoid this hassle in the future, the Gyrobee documentation is now being made available here on the Internet.

Since I have no control over who gets these materials and how they are used, the package is not being promoted as a set of construction plans! It is a documentation package consisting of ~132 pages of text and drawings that shows, it great detail, how we constructed the prototype aircraft, along with updates we plan to incorporate into the next aircraft.

It is as detailed, maybe even more detailed, than most commercial plans, but I am not encouraging anyone to build an actual aircraft from these materials. You can certainly elect to do so if you want to, but the decision is yours to make.

From Wikipedia, the free encyclopedia

The Taggart GyroBee is an American autogyro that was designed by Ralph E. Taggart of Michigan State University and made available as free documentation. The aircraft is also produced in kit form by Star Bee Gyros of Worcester, Massachusetts for amateur construction.

The GyroBee was designed to comply with the US FAR 103 Ultralight Vehicles rules, including the category’s maximum empty weight of 254 lb (115 kg). The aircraft has a standard empty weight of 247 lb (112 kg). 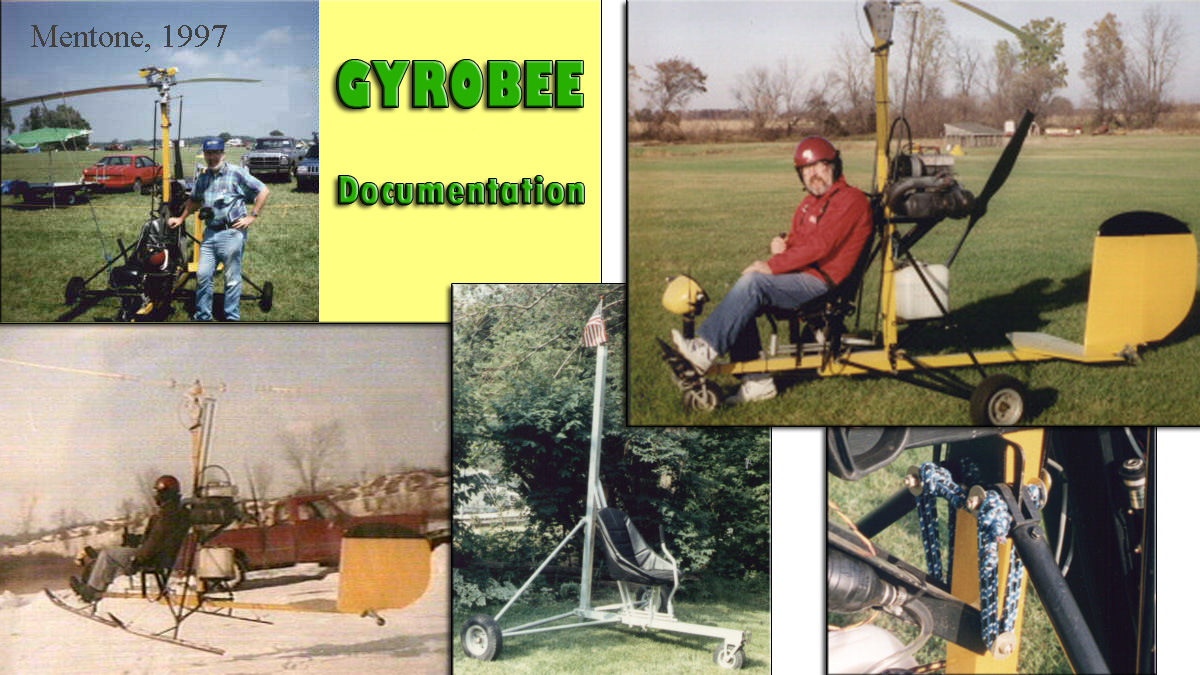